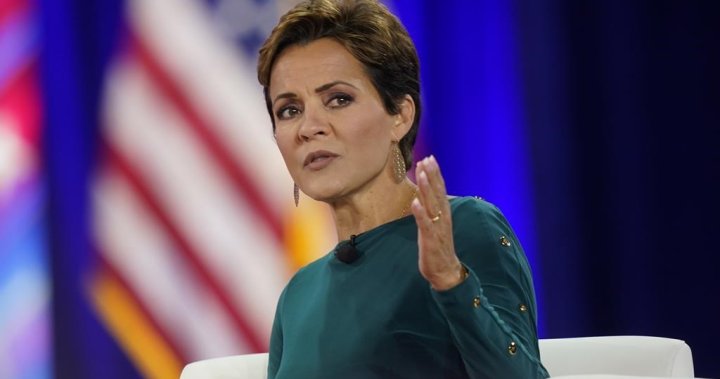 Two days after polls closed in the U.S. midterm elections, a number of close races are still undecided and control of Congress remains up in the air.

Thousands of ballots have yet to be counted in some of the most-watched contests in the country, in which Democratic and Republican candidates are neck-and-neck. In addition to Congress, some high-profile governor’s races are also too close to call, including in Arizona and Nevada.

Here’s a look at the races that have yet to be decided as of Thursday evening, and how long it could take to get a result.

The race that could decide control of the Senate will head to a runoff election on Dec. 6.


It’s a case of deja vu for Warnock who, along with fellow Georgian Sen. Jon Ossoff, also earned his seat in a runoff in 2021 to become the first Democratic senator for the state in 20 years. Unlike Ossoff, Warnock was serving the remainder of a six-year term that was vacated by a retiring Republican, and is now seeking his first full term.

Warnock narrowly overtook Walker on Tuesday by about 35,000 votes, creating a tight race that could become even tighter as the two campaign toward the runoff. Both parties are expected to pour millions of dollars into their respective campaigns.

Last year’s runoffs in Georgia created an evenly-split Senate where Vice-President Kamala Harris became the tie-breaking vote that gave control of the chamber to the Democrats. Given the likely outcome of the other Senate races yet to be called, a win for Warnock in December will mean another 50-50 split, while Walker would give Republicans 51 seats.

The southwestern state is the one being scrutinized the most this week, where high-profile Republican candidates for governor and Senate are fighting for their survival amid an extremely slow ballot counting process.

In the governor’s race, Kari Lake is about 22,000 votes behind her Democratic opponent, Secretary of State Katie Hobbs. The margin is wider in the race for Senate, where Democratic incumbent Mark Kelly has a more than 105,000-vote lead over Republican Blake Masters.

Only 70 per cent of ballots had been counted by Thursday evening. Election officials said they were still waiting to count hundreds of thousands of mail-in ballots that were delivered just before or on Election Day, which had to be processed and verified.

“This is how things work in Arizona and have for decades,” said Bill Gates, the Republican chair of the Maricopa County board of supervisors, who oversees the state’s largest county that includes Phoenix. He said staff are working 14 to 18 hours a day and will continue through the weekend — leaving open the possibility that a result won’t be known for days.

“We are doing what we can and still maintaining accuracy,” Gates told the Associated Press.

3:36
Canada’s ambassador to the U.S. says midterms were ‘good day’ for democracy


Masters and especially Lake have echoed the false claims of systemic election fraud pushed by former president Donald Trump, who endorsed both candidates. While Masters has stayed relatively quiet, Lake has accused officials of slow-walking the count, which Gates denied.

Lake has pledged to immediately call lawmakers into special session upon being sworn in to make massive changes to Arizona election laws. She wants to significantly reduce early and mail voting, options chosen by at least 8 in 10 Arizona voters, and to count all ballots by hand, which election administrators say would be extremely time consuming.

While Democrats are narrowly leading in Arizona, the opposite is true in Nevada, where Republican challengers are on track to unseat the incumbent Democratic governor and senator.

With 83 per cent of polls reporting, Adam Laxalt has a 15,000-vote lead over Sen. Catherine Cortez Masto, while Gov. Steve Sisolak is trailing Republican Joe Lombardo by more than 34,000 ballots.


Clark County Registrar of Voters Joe Gloria, the elections chief for the county that includes Las Vegas, assured reporters Thursday that counting was going as quickly as possible. But he and other officials have pointed to long lines on Election Day and a record number of mail-in ballots as reasons for the delay.

In 2020, Nevada greatly expanded absentee voting, sending a ballot to every registered voter. The state passed legislation to do that in future elections as well.

Ballots are still arriving by mail, and county election clerks statewide will count mail ballots that are received until Saturday as long as they were postmarked by Election Day, according to state law. Officials have until Nov. 17 to finish the count.

The northernmost state will get a Republican senator — but it’s yet to be seen which candidate will fill that role.

Neither incumbent Sen. Lisa Murkowski nor her Trump-backed opponent Kelly Tshibaka cracked 50 per cent of the vote, meaning they’ll head to a final, ranked choice voting round set for Nov. 23.


In that process, the candidate with the fewest votes in the initial count of votes is eliminated, and voters who chose that candidate as their top pick have their vote replaced with their second-choice pick. These elimination rounds continue until two candidates remain, and whoever has the most votes at the end wins.

Murkowski and Tshibaka are expected to once again top the results, after vastly outperforming Democrat Pat Chesbro on Tuesday.

Tshibaka was endorsed by Trump as a revenge candidate against Murkowski, who voted to convict Trump in his second impeachment trial. The strategy appeared to have paid off for Trump: Tshibaka currently leads Murkowski by nearly 3,000 votes with 80 per cent of polls reporting.

The race for Alaska’s at-large House seat is also set to go to a ranked choice round, after Democratic incumbent Mary Peltola earned 47 per cent of the vote.

That race includes Republican Sarah Palin, the former Alaskan governor and vice-presidential candidate who was one of the earliest supporters of Trump’s first presidential campaign. But she appears to have split the Republican vote with Nick Begich, leaving room for Peltola to win again later this month.


A number of other tight races for seats in the House of Representatives have left control of that chamber up in the air as well, but Republicans still appeared poised to gain control with a slim majority.

Here are some of the more notable figures still fighting for victory:

Kotek was leading Republican challenger Christine Drazen by more than 57,000 votes with 80 per cent of all ballots counted. By the time the race was called, that lead had grown to more than 63,000 votes.

The former state House speaker was put on the ropes by Drazen in a campaign dominated by public safety concerns, particularly in Portland, which saw months of protests in the wake of the killing of George Floyd in 2020 and is experiencing record levels of violent crime among homeless people.

After some local media outlets declared Kotek had won, she told reporters Thursday she plans to tour the state in January to hear from community leaders and promised to address housing and mental health. Yet Drazen’s campaign responded by pointing out several hundred thousand votes have yet to be counted.

Next Tuesday is the last day for election officials to receive valid postmarked ballots by mail. There could be tens of thousands of uncounted ballots still in the mail in a state with 3 million registered voters.

— with files from the Associated Press