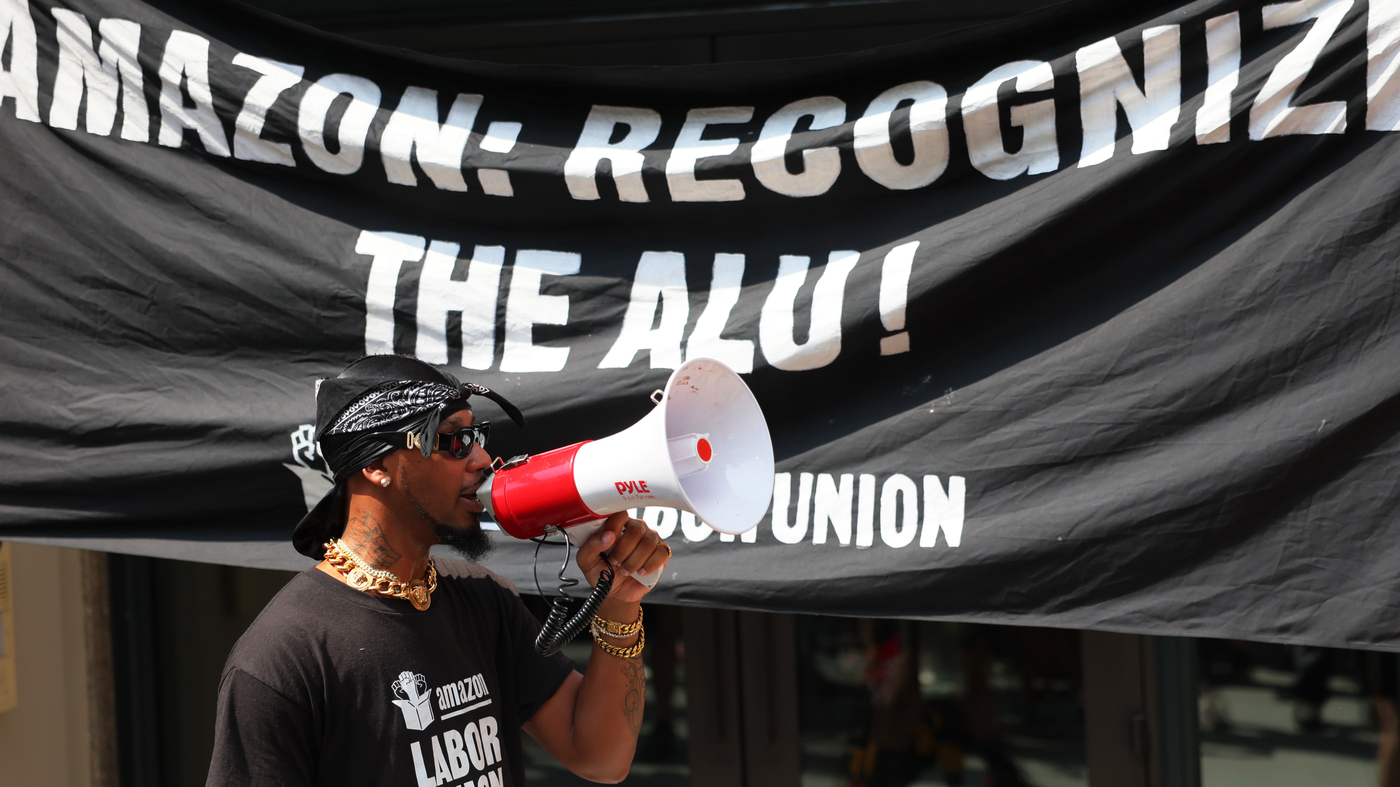 Amazon Labor Union President Chris Smalls speaks at a New York rally on Sept. 5. The company had fired Smalls from its Staten Island warehouse after he helped lead a pandemic-era walkout.

Amazon Labor Union President Chris Smalls speaks at a New York rally on Sept. 5. The company had fired Smalls from its Staten Island warehouse after he helped lead a pandemic-era walkout.

Amazon should recognize its first unionized warehouse in the U.S., a federal labor official has ruled, rejecting the company’s bid to unravel a breakthrough union win on Staten Island.

Wednesday’s decision requires Amazon to begin bargaining “in good faith” with the union. However, the company is expected to appeal the ruling before the full labor board in Washington, D.C., which it can request by Jan. 25. Labor experts say members of the board are likely to side with their regional colleagues in confirming the union’s win. The case could make its way into courts.

“I think that’s going to take a long time to play out,” Amazon CEO Andy Jassy said at a conference in September, claiming “disturbing irregularities” in the vote.

At stake is the future of labor organizing at Amazon, where unions have struggled for a foothold as the company’s web of warehouses has ballooned, making it the U.S.’s second-largest private employer after Walmart.

Now, workers at another Amazon warehouse in Shakopee, Minn., are pushing for an election on whether to join the Amazon Labor Union, which is run by former and current Amazon workers. And some 400 workers at a warehouse near Albany, N.Y., voted 406-206 against unionization in October.

Earlier last year, Amazon workers at a second, and smaller, Staten Island warehouse voted 618 to 380 against joining the ALU. And unionization efforts at an Amazon warehouse in Alabama have thus far been unsuccessful.

On Staten Island, ALU won the first union election by more than 500 votes in 2022. Shortly afterward, Amazon challenged the result.

The company alleged that union organizers coerced and misled warehouse workers, and that Brooklyn-based labor officials overseeing the election acted in favor of the union. In September, the NLRB attorney who presided over weeks of hearings on the case recommended that Amazon’s objections be rejected in their entirety.