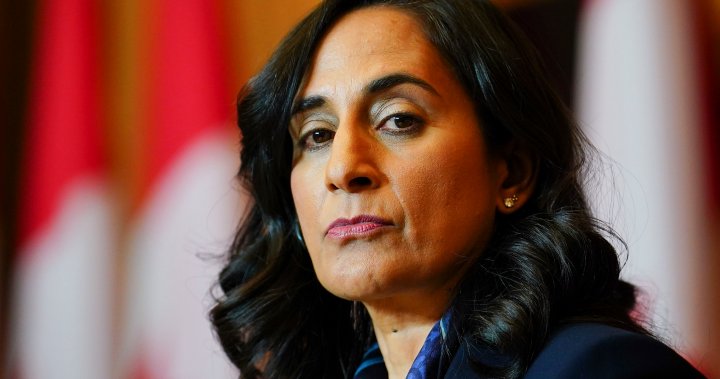 Defence Minister Anita Anand is set to report to Parliament on what steps the government is — and is not — taking in response to a report released earlier this year that painted a damning portrait of the military’s culture amid what experts have called a sexual misconduct “crisis.”

Anand is expected to table her report to Parliament on Monday afternoon, fulfilling one of the dozens of recommendations made by former Supreme Court of Canada justice Louise Arbour when she released her long-anticipated report into the culture of the Canadian military in May.

“As a first step, the Minister should inform Parliament by the end of the year of the recommendations in this Report that she does not intend to implement,” Arbour’s report stated in May.

The review was formally launched a year before that — in May 2021 — in response to exclusive reporting by Global News into allegations of sexual misconduct at the highest ranks of the Canadian Armed Forces.

Global News first brought to light allegations in February 2021 of sexual misconduct against senior leaders in the Canadian Armed Forces — the first of dozens of exclusive reports into such allegations and the military’s handling of them over the past 18 months.


Arbour’s highly anticipated report described the military as an institution that is fundamentally out of sync with the values of Canadian society.

In it, Arbour warned that the top ranks of the Canadian Armed Forces are “incapable” of recognizing the “deficient” parts of a culture that keep sexual misconduct and abuse of power entrenched.

The report made 48 recommendations, charting out a new path to fundamentally change the way military sexual misconduct allegations are reported and handled, and to restore confidence in the Canadian Forces, which is struggling to recruit new members amid the controversy.

Ottawa says it has already begun action on 17 of them.

— with files from Global News’ Amanda Connolly and Aaron D’Andrea