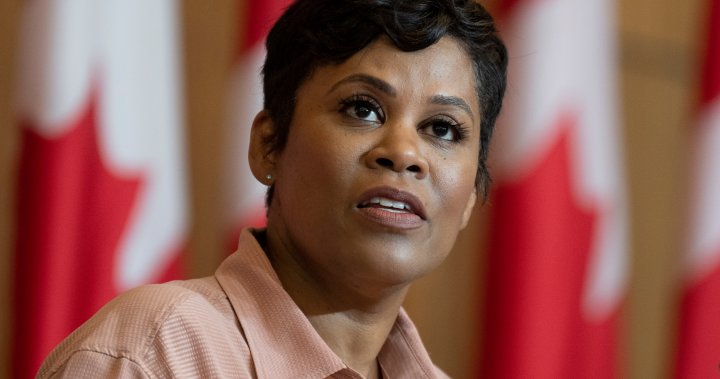 A second Liberal minister gave thousands in contracts to a foodie firm with family ties to a senior staffer in Housing Minister Ahmed Hussen’s office, Global News has learned.

Global News reported Thursday that the director of Munch More Media, Hiba Tariq, is the sister of Tia Tariq, who has held several senior staffer roles in the Liberal government over the last six years.

She now works as director of policy for Hussen.

But in a statement, a spokesperson for Ien said the lobbying registry incorrectly identified Tariq as Ien’s director of policy.

“Marci Ien has not met nor interacted with Hiba Tariq both now as a Minister, or in her capacity as the Member of Parliament for Toronto Centre,” said Johise Namwira, Ien’s press secretary.

“She was also not privy to any existing personal relationships between staff of Munch More Media to the office of (Minister Hussen).”

Requests for comment to Tariq’s government email address were not returned Thursday and Friday.


Global News first reported the connection between Hiba Tariq and Tia Tariq Thursday night. Tariq is currently a senior staffer for Housing Minister Ahmed Hussen, and Liberal sources describe her as one of Hussen’s closest advisers.

Hussen’s office acknowledged Thursday night that the minister knew Hiba Tariq was the sister of one of his senior staffers. But they said that the arrangement was cleared by the federal ethics watchdog, and that all House of Commons rules were followed.

Global News asked the ethics commissioner’s office whether it did in fact sign off on the decision by Minister Hussen’s office to award contracts to Munch More Media and whether the commissioner was aware of the familial connection between Tia and Hiba Tariq.

A spokesperson for the office said it could not answer our questions, explaining that any advice that it provides is confidential, as are any requests for advice received by the office.


Initially, Hiba Tariq denied that she had any personal connection to Hussen prior to being awarded the communications contracts.

Tariq later admitted that she knew Hussen’s former director of policy, Abdikhier Ahmed, who is listed as a co-director with Tariq for the non-profit organization “Empire of Goodness.”

Global asked Hussen if he had any personal relationship to anyone at Munch More Media on Tuesday, but his office did not address the question.

After follow-up questions, Hussen’s office admitted that Hiba and Tia Tariq were related.

Hussen’s office did not immediately respond to Global’s questions on Friday — including whether or not the minister believed hiring the sister of a senior staffer constituted a personal relationship, and to provide examples of Munch More’s work for his constituency office.

Prime Minister Justin Trudeau’s office refused to answer specific questions about the contracts between Hussen and Munch More Media, including when they were made aware of the arrangements and if the office is comfortable with a minister using constituency funds for contracts with a senior staffer’s family.