Bell: Danielle Smith, UCP the day after and the Wildrose is back! 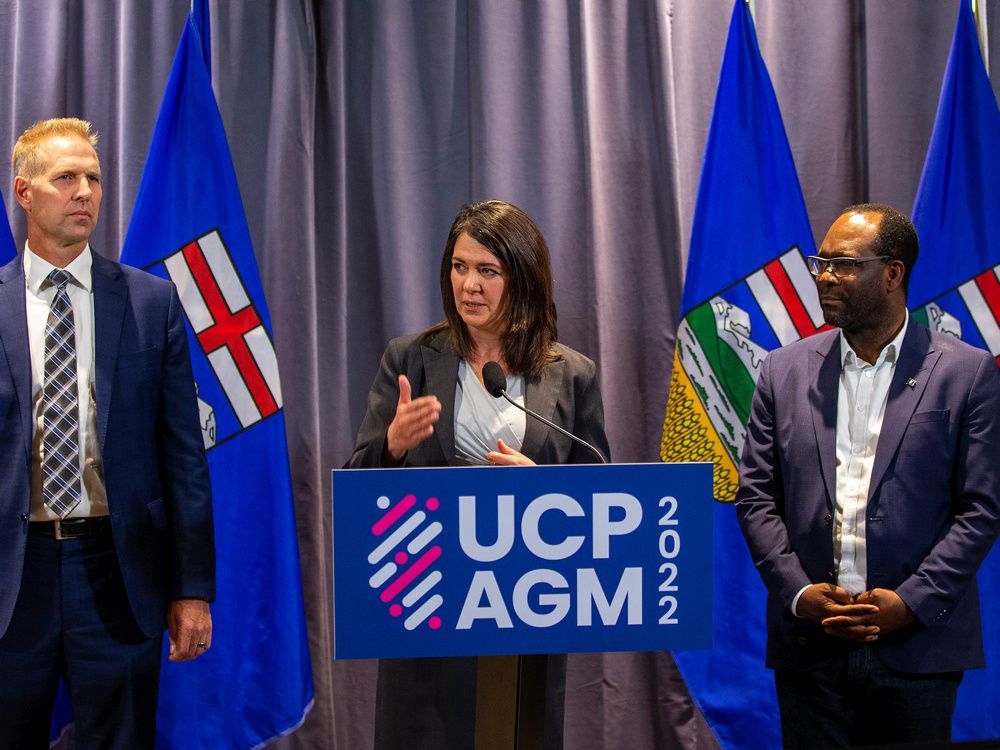 ENOCH FIRST NATION — They lined up, the longest lineup many old hands could recall.

Mostly people who had never been to a political gabfest.

Hell, mostly people who never had come close to being involved in the trench warfare of politics.

Some didn’t even know such a world existed.

But they came and they voted and all the people they supported won.

Those on the short end of the stick were shaking their heads and crying in their beer.

They could not fathom the folks former premier Jason Kenney slammed as lunatics trying to take over the asylum had actually taken over.

Kenney was out of the picture, Smith was running the show and now this.

Some big brains priding themselves on being political pros could not believe these Albertans backed by a group known as Take Back Alberta had pulled off this show of strength.

“Why did we wake these people up?” said one, now in the unfamiliar position of not being one of the cool kids.

David Parker is the point man for Take Back Alberta, a group determined to shake things up.

Here’s his take on what happened on the ground.

“If we go back to the division between the Wildrose and the PCs this is just the same old battle, only happening internally,” says Parker, then dropping this sound bite.

“I would argue this is the Wildrose takeover of the party.”

“The PCs took over under Kenney and they pretty well held all the power positions. There wasn’t a lot of Wildrose representation.”

“Now the leader is the former Wildrose leader and the board is now going to be largely Wildrose ideologically aligned people.”

“The PCs are not defeated yet but they’re routed. It’s power to the people.”

Ask yourself, who in the real world gives a fig about who sits on the UCP board?

Well, these folks, who lined up and had their voices heard, do speak for others beside themselves, on issues well beyond who sits on the UCP executive.

Now more than ever, Parker says Smith has to go forward as she presented herself when she ran for UCP leader.

You know the playlist.

The Sovereignty Act, no more lockdowns, no more vaccine mandates. That’s for starters.

“This fall is going to be the test. There’s probably going to be a lot of pressure to shut down and re-impose things. If she stands firm, people will really back her very strongly.”

Parker applauds Smith for not allowing the World Economic Forum to have any involvement in Alberta.

As for even the hint of Smith changing course, Parker will not hear of such talk.

“If she pivots, the coalition will fracture. The party will not survive,” he says.

He points to those who bought UCP memberships to give Kenney the heave-ho.

Take Back Alberta drummed up votes against Kenney.

“These people aren’t going anywhere. If it becomes clear this premier is an Erin O’Toole-like character I don’t think she would even make it to the next election.”

The UCP splitting apart. Something Smith wants to prevent. Parker says he definitely does not want conservatives heading to Splitsville and a breakup.

There is no need for another party.

But it is not out of the question. It is always there in the background.

“The new party is already there waiting, It’s called the Buffalo Party. It’s registered. It has many members and, if it is necessary, it will be used.”

Parker adds, if Kenney stayed on, there’d probably be a breakup of what started as a marriage of convenience to beat the NDP.

Such was the anger.

Parker also says the UCP board shouldn’t be allowed “to simply disqualify somebody on trumped-up charges of racism.”

He’s talking about Tim Hoven who wanted to be the UCP candidate in the riding of Rimbey-Rocky Mountain House-Sundre.

Hoven was taking on Kenney favourite Jason Nixon, a former big wheel, who is now not even within walking distance of Smith’s inner circle.

Hoven wasn’t allowed to run for the UCP.

Parker condemns “a sort of tyranny” among UCP higher-ups while mentioning another riding where someone running against Joseph Schow, another Kenney fave, was shown the door.

“We don’t want the party to be able to dictate who can represent the people.”

In Calgary, NDP leader Rachel Notley was at her party’s love-in.

“Because we’re just a week away from Halloween and we frighten the hell out of them, they’re going to tell some spooky stories about sinister New Democrats and their scary alliances.”

Mention Notley to Parker and, well, you judge.

“Notley has done a very good job of covering up the horrific disease that is socialism.”

He compares it to putting lipstick on a pig. In his words, the pig is socialism.

Parker is betting Albertans aren’t buying. It is the big wager.

“Albertans are not socialists. When they’re given the option they are going to pick conservatism. But is Alberta still Alberta? That is the question.”