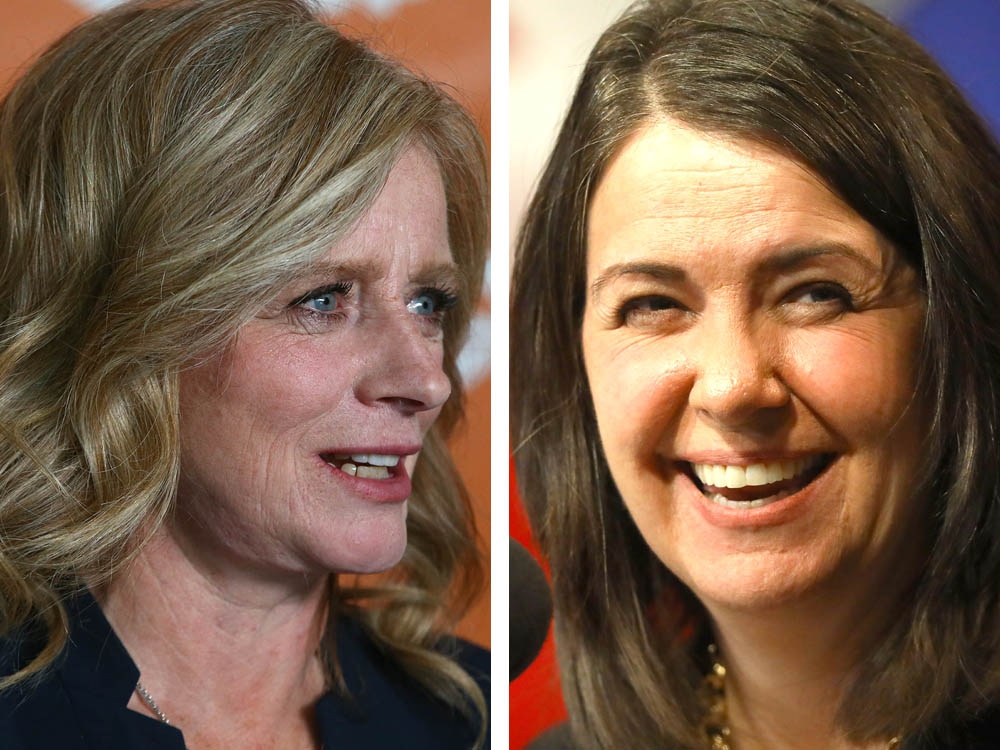 It seemed too good to be true.

There was excitement, real excitement in some circles.

Someone on the other side had apparently stepped in the doo-doo.

She said a monumentally stupid thing. She scored on herself.

So said the breaking news.

The dogs of war on the team of Premier Danielle Smith were no doubt salivating over the prospect of raking Notley over the coals.

Smith herself began her Wednesday afternoon speech in the legislature saying Notley was actually calling upon the Trudeau government to disallow the UCP government’s sovereignty act should it become law.

“I have to question whether this opposition puts Albertans first or whether they put the views of the leader of their federal party and the Liberal-NDP coalition first,” said Smith.

What did Notley say?

Surrounded by reporters, the newshounds grilled the Alberta NDP leader about the ins and outs and ups and downs of the sovereignty act.

There is much fear and loathing over what Smith’s inner circle, her cabinet, will or will not be able to do.

As you all know by now, Smith’s sovereignty act would allow the province to refuse to enforce Ottawa’s laws or policies if the majority of the Alberta legislature considers any of them unconstitutional or harmful to Albertans.

The majority being from the Smith-led UCP.

The biggest argy-bargy is over how much power Smith’s inner circle will have in changing laws and issuing orders to everybody from universities to cops to school boards to local governments, all in the name of defending Alberta.

Smith and her crew say the premier and her inner circle cannot do anything not authorized by the members of the legislature.

The government even put out a statement to that effect when the heat was rising.

The NDP opposition and others say the sovereignty act is a power grab giving Smith and her inner circle far too much power to do pretty well what they please, sidestepping the members of the legislature elected by the people.

The NDP also say they spoke with the province’s own legal beagles who are contradicting the Smith braintrust.

Here’s where we get to the heart of the matter.

Notley starts really ripping Team Smith, saying there is “a profound level of incompetence and/or dishonesty being perpetrated by the premier’s office and the people around her.”

Notley then adds the Smith government should toss the sovereignty act. Now.

It is then a reporter talks about Prime Minister Justin Trudeau saying he’s not going to take any option off the table when it comes to Smith’s latest brainwave.

The feds could deep-six the sovereignty act.

“If they revoke the act that would be the right thing to do because it’s a mess and because they don’t know what they’re doing.”

Later, Notley says the “they” she was referring to in her answer was not the Trudeau government but the Smith government, the people she’d been attacking until that moment.

The NDP leader says she misheard the reporter’s question, plain and simple.

Notley later says: “We don’t need Ottawa’s involvement. I’m not asking the federal government to intervene. I am calling on the members of the UCP to do the right thing and clean up this mess.”

In the legislature, the jousting between Notley and Smith has well and truly begun.

Notley accuses Smith of pushing a law that’s “unconstitutional” and “anti-democratic” and calls the sovereignty act “a cynical tool to consolidate power.”

Smith insists this is all nonsense and there is nothing to see here.

Notley says Smith is “a premier who made more mistakes in three weeks than most make in three years.”

Smith says she “looks forward to educating the opposition.”

Notley counters, bringing up the departure from the legislature of former premier and UCP leader Jason Kenney, just as the sovereignty act was being rolled out.

“The former premier at least had the good sense to walk away from this dumpster fire,” says the leader of the opposition.

Smith maintains Albertans want the sovereignty act and her government has the mandate to deliver it.

On the UCP benches, former critics of the sovereignty act, now members of the premier’s cabinet, have fallen into line.

They tell us they had very serious, very strong objections to earlier versions of the sovereignty act but now everything for them is tickety-boo.

But this is politics.

Political pugilism where the punches have just started to be thrown.

A blood sport where the bleeding is yet to come.