Bell: Smith-ordered Coutts email probe finito, is the story over? 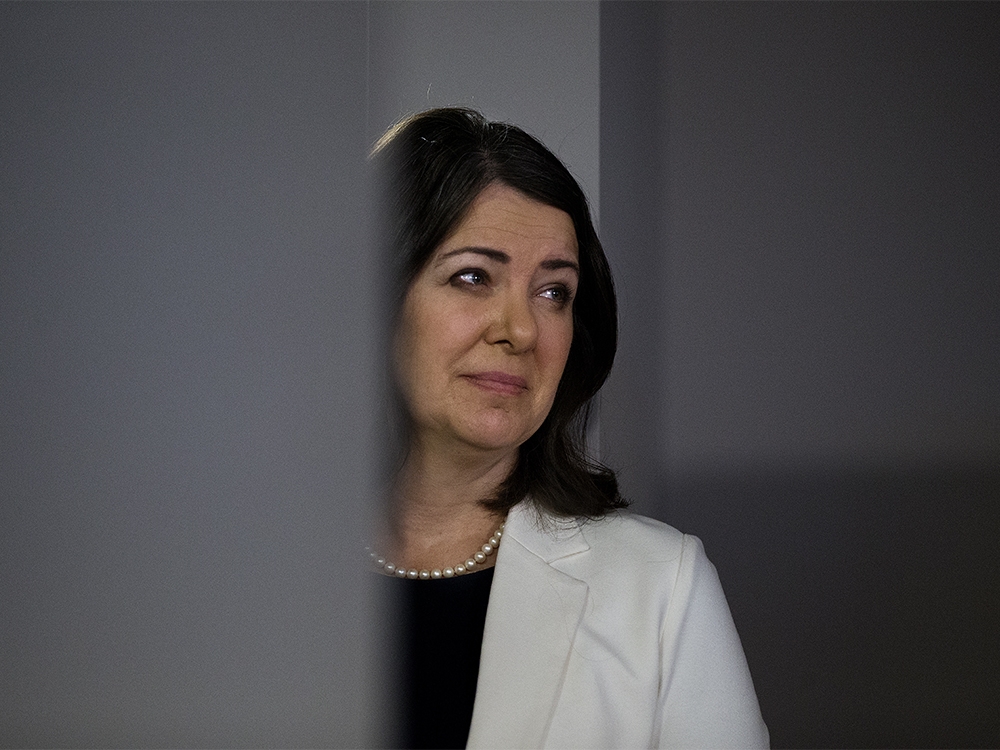 It ain’t over ’til it’s over and is it really over?

There is a crazy image from Hollywood coming to mind.

It’s from Rounders, the great poker movie, and the final standoff between Teddy KGB and the Matt Damon character.

All I can say is it will be interesting to see how this game of political poker ends.

The story starts cooking Thursday. A bombshell story hits the streets. It’s from reporters at CBC.

Sources tell CBC a staffer in Premier Danielle Smith’s office sent a series of emails last fall to the Alberta Crown Prosecution Service, going after how prosecutors were handling cases coming out of the Coutts protests and border blockade.

That would be a definite no-no.

CBC is telling us the story is rock solid and they’re sticking to their guns.

Now, when the story broke, plenty of people thought the yarn made perfect sense. It wasn’t something out of the blue. It fit what they saw as a pattern.

Smith told us she talked to prosecutors about whether to proceed with COVID charges.

She talked about amnesty.

Smith was seen as a great friend to those who had been hit with charges during the pandemic. She promised to try to help them out.

She spoke of her hope we could see a turning of the page.

Later, the premier, digging herself out of hole, said she used “imprecise” language and never ever talked to prosecutors about COVID legal cases.

Then the CBC story.

At first, the premier tells us it is a serious allegation and she has not been in touch with prosecutors and has no knowledge of any of her staff doing so.

If somebody did, they’d be in trouble.

But there was serious outrage right out of the gate.

By Saturday, Smith orders a review to be done over last weekend by government paper shufflers, including IT experts.

Smith says she wants to see if the offending emails even exist. The premier adds CBC doesn’t have the emails.

She calls the look-see of emails by government staff “independent.”

“I want to see what they find out,” says Smith.

On Saturday, Smith also meets with United Conservative members of the legislature.

On other days there may be grumbling over some of the stuff going down since Smith was elected.

On Saturday, they were sticking with their leader.

Still, the story was out there.

The premier was expected to go on vacation but that bon voyage was put on hold, at least for a few days.

A statement from the province’s justice department.

No evidence of email contact between the premier’s office staff and prosecutors.

The statement speaks of a “comprehensive review” having been done.

They are quick to point out the look-see Is “non-partisan.”

The computer big brains searched for any emails over a four-month period sent to or received by “the relevant prosecutors” and staff in Smith’s office.

“No further review will be conducted unless additional evidence is brought forward.”

You can tell the Smith people feel they’re on offence.

She calls it a “comprehensive review” of emails.

She calls the review “non-partisan.”

Smith has “full faith” the government paper shufflers were thorough and serious and says they worked non-stop “to provide Albertans with results to put their concerns at rest.”

She asks the press and the public to respect the independence of prosecutors.

Who is that aimed at?

Yet another statement. This one from Kimberley Goddard, the big wheel overseeing the prosecutors.

She speaks of “unsubstantiated speculation” and how “continued suggestions of impropriety without evidence are not warranted.”

Many in political circles are waiting to see where this political poker game goes.

They look to the next 24 to 48 hours to see if there is something, anything, going to be added to the story.

Others voices say there should be an arms-length review like the one done by a retired judge who found Kaycee Madu, now deputy premier, attempted to interfere with the administration of justice.

Reality is that dog won’t hunt unless somebody moves this story forward and soon.