Bigg Boss 16: Priyanka Choudhary-Ankit Gupta get into verbal spat, call each other ‘ghatiya’ 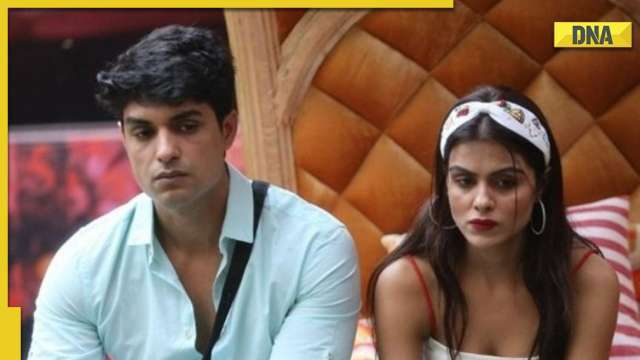 Bigg Boss 16 contestants Priyanka Chaudhary and Ankit Gupta, who look adorable together, have got into a verbal spat. They are seen arguing after a fight with co-housemate Shalin Bhanot.

When Ankit comes and sits next to Priyanka on her bed, she questions him as to why he’s sitting next to her.. The two get into a heated argument and the actress said: “You don’t exist for me and I don`t exist for you.”

Ankit then said: “Mujhe tumse koi umeed nahi hai…” Priyanka tells him that he is not willing to change after which Ankit reacts: “Bataun camera ke samne cheesein kholun.”

Bigg Boss season 16 contestant Tina Datta, who has been garnering a lot of eyeballs for her fashion and cuteness, recently had a conversation with co-contestant Shalin Bhanot where she mentioned her hard work over the years.

While talking to Shalin, the actress mentioned that she is a brand now and will not do anything that will affect her image. Meanwhile, Vishal Kotian took to Instagram and passed a derogatory comment against Tina. He tweeted, “Heard #TinaDatta saying she is a brand. I wonder if it’s RUPA underwear baniyan. They come to a reality show and act like stars. Be real n ppl will like u. #ShivThakare #MCStan n #AbduRoziq the only real players in #bb16.”

Heard #TinaDatta saying she is a brand. I wonder if it’s RUPA underwear baniyan

They come to a reality show and act like stars. Be real n ppl will like u. #ShivThakare #MCStan n #AbduRoziq the only real players in #bb16 @BiggBoss @ColorsTV @endemolshine @justvoot
— Vishal Kotian (@Vishalkkotian) November 1, 2022

In no time, his tweet went viral and netizens started reacting to it. One of them wrote, “She gave one of the most popular show….but apne kya kiya…. actually na i don’t know your existence???” Another said, “Working for over 25 years and you say she isn’t a brand? Lol, don’t be jealous buddy.”

During Vishal’s stint with Bigg Boss, he called his eviction ‘unfair’ and wishes to return to the show as a ‘Wild Card contestant’. Vishal Kotian called Shamita Shetty ‘weak’ and ‘Dependent’, while he said that he sees Umar Riaz as ‘winner’. According to Zee News, Vishal stated, “I would have loved to stay till the end. I played the game giving my level best and played it to my potential. Getting evicted is of course disappointing and unfair. But still, I am satisfied as I went there to entertain and you liked me or not, you can never ignore me in the game and that is the best part.”

He said that the show this time is different, it is ‘complicated’. “I have been following ‘Bigg Boss’ for quite a long but it is not the same. The show has a simple format but this time they have complicated the format. Earlier eviction was done by the audience, now inmates are doing it and this is unfair. (With inputs from IANS)