Break’s over: Saskatchewan Huskies hitting the books, courts and rinks 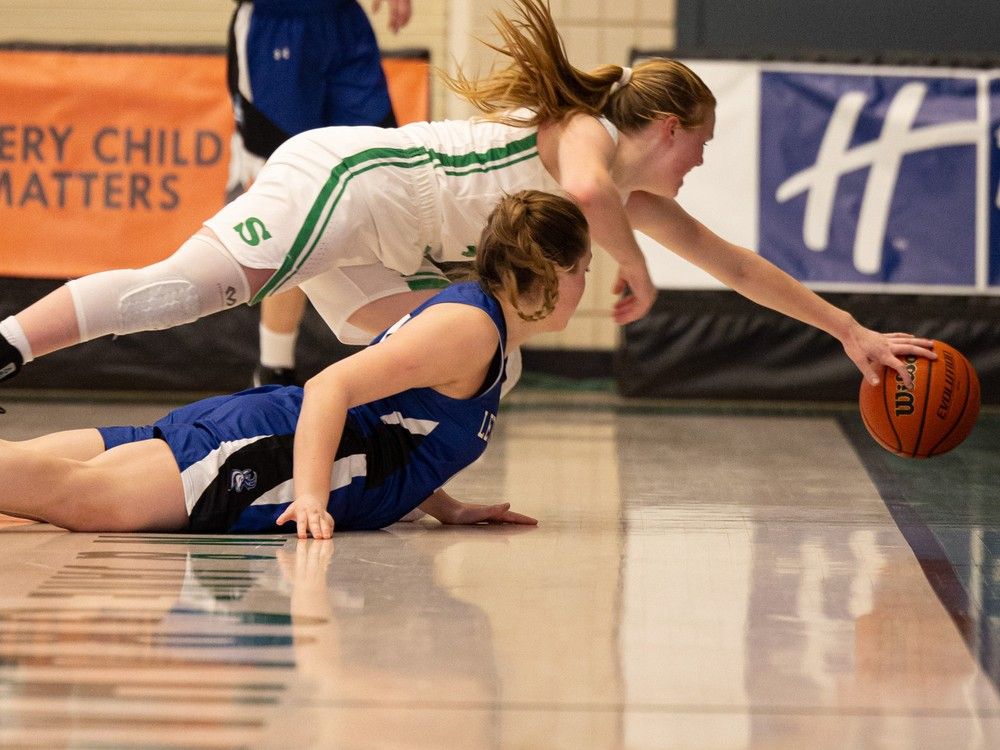 With University of Saskatchewan students returning to the classroom, Huskie athletes are back in the gyms and rinks.

The Saskatchewan Huskies women’s basketball squad enters the new year back in the U Sports top 10 after a pair of losses to the University of Regina Cougars temporarily knocked them out of the rankings in November.

“It’s going to get real here this second half, playing a lot of real quality teams here coming up,” said U of S head coach Lisa Thomaidis, whose team is at home this weekend for a pair of games before hitting the road for four straight games.

“It’s going to be a lot of fun just to really test ourselves and see how much we’ve improved. We’re looking forward to it.”

The Huskies (6-2) are currently ranked No. 7 in the country. They will open the second term with a two-game set against the Thompson Rivers University WolfPack (1-7).

“The top 10 is simply a mathematical formula — we don’t put too much meaning into it at any point of time, especially now when it’s not a great reliable source, that’s for sure,” said Thomaidis, whose Huskies host the WolfPack in Canada West conference games Friday at 6 p.m. and Saturday at 5 p.m. at the PAC.

“The top 10 is same as last year but different from previous years. In the past, it was sort of an opinion poll from coaches, and so we were quite often in there.”

The Huskies were not active over the holiday break in terms of exhibition games or travel.

“Exams went so late, and with us playing this weekend, it just really didn’t make any sense to try and come back right away and get flying somewhere,” explained Thomaidis, adding that the Regina Cougars had to cancel their plans over the holidays.

“So maybe it was a good decision not to try and do anything. We’ll try and do something next year for sure.”

The Huskies, who are in a bit of a rebuilding phase this season, have not made any roster changes for the second half.

“This weekend, we’re still getting back into it and we’re battling the injury bug a little bit, trying to get people healthy again,” noted Thomaidis.

“This weekend’s just going to be a lot about us. We’re focusing on a few things offensively, trying to get better in terms of our team defence, communication and set us up for what’s coming afterwards. It’ll be good to get back out on the court at the PAC and hopefully people who are around will come out and support us and set us up for a good start.”

Thomaidis added that it’s important to start the second term on the right foot.

“Any time we’re kind of speeding up again after being off for a month, to be competition sharp, it’s a matter of kind of getting back into the form we were before Christmas and start off on the right foot,” she said.

“It is important, and for us, a lot of our newcomers have improved, so we’re looking forward to being kind of a better version of ourselves in 2023 than we were in the first half of the season.”

All in all, Thomaidis said she’s happy with where her team is.

“We’re right there. I think the true test will be coming up here to see how we measure up, but we’ve been able to weather some storms with people being injured and in and out of the lineup.”

The Saskatchewan men (1-7) will also host the TRU WolfPack with games Friday at 8 p.m. and Saturday at 7 p.m.

Kook started with Huskie Athletics for the 2005-06 season; since then, he has been awarded the U Sports women’s hockey coach of the year award twice and has guided the women’s hockey team to their first Canada West Championship and U Sports bronze medal in 2014.

In Canada West men’s hockey, Saskatchewan (10-4-4) will visit the TWU Spartans this weekend in Langley, B.C.

The Huskie volleyball teams are in Vancouver this weekend to play the UBC Thunderbirds. The men are currently fourth in the Canada West with an 8-4 record. The women are 9th at 6-6.