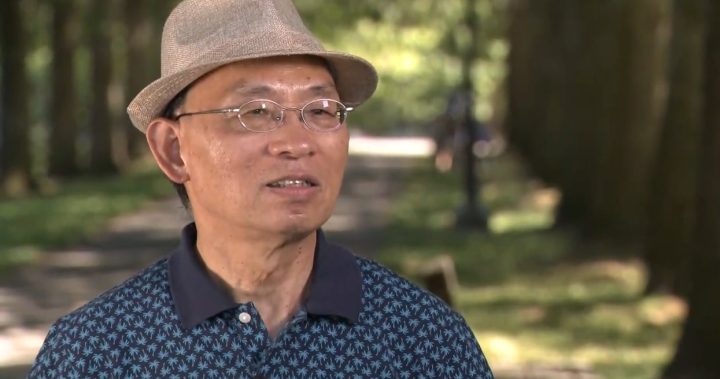 Activists who launched a plan in Canada to elect an unofficial “Hong Kong parliament” say they are pushing ahead with the project, despite being put under investigation for subversion by authorities in the Chinese territory.

Vancouver journalist Victor Ho said the threat of arrest announced by the Hong Kong Security Bureau on Aug. 3 had not deterred him or fellow organizers who were working “full gear” to stage the symbolic online election in late 2023 or early 2024.

“Instead, I feel it is ridiculous that a government which never represents its own people now wants to bring me and other activists to justice,” said Ho in an interview conducted in Mandarin.

It proposes online elections, with voting by Hong Kong residents and members of the Hong Kong diaspora around the world.

Ho said the goal was to establish a parliament that “can truly reflect the will of Hong Kongers.”

Hong Kong’s democratic movement has experienced major setbacks since large-scale protests in 2019, including the mass arrest of pro-democracy figures, the shutdown of media organizations and sweeping changes to the electoral system.

Only “patriots” are eligible for election in Hong Kong under a 2021 law passed by China’s parliament, the National People’s Congress.

Hong Kong’s Security Bureau said it “severely condemns” Ho, Yuen and Leung, and police would “spare no efforts in pursuing the cases in accordance with the law in order to bring the offenders to justice.”

The Security Bureau said in an online statement that people should “dissociate themselves from individuals contravening the Hong Kong National Security Law, and the illegal activities those individuals organized, so as to avoid bearing any unnecessary legal risks.”

It said Ho, Leung and Yuen were being investigated for subversion, which carries a maximum sentence of life imprisonment under the security law.

The Security Bureau said in response to questions that it would not comment on individual cases, despite having named all three men in its online statement. But it said anyone who violated the security law, regardless of their background or where they are located, would be dealt with by the Hong Kong government in accordance with the law.

Leung, who left Hong Kong on 2020, said the threat of arrest had made him more determined to make the parliament plan a reality, providing Hong Kongers around the world with a platform to be heard.

With street protests effectively banned in Hong Kong under pandemic rules, the unofficial parliament would allow Hong Kongers “to discuss, debate or argue with each other even though they might not agree,” said Leung.

Yuen said the prospect of investigation and arrest was “not a big deal” for him although it had shocked some of his family members.

“We know we have to pay a price,” said Yuen, who was visiting Germany to ask representatives from the European Union to endorse the “Hong Kong parliament” plan.

Ho said voting would be open to anyone who had lived in Hong Kong for at least seven years, and was over 16.

“No matter where you are located, inside or outside of Hong Kong, you can participate in the voting process,” said Ho, a former editor-in-chief of Sing Tao Daily, a Chinese-language newspaper published in Canada.

The parliament would be founded on “the principle of universal suffrage and will truly represent the voices and interests of Hong Kongers around the world,” said Ho.

“If you bring democracy back to Hong Kongers, they know how to make the best out of it,” said Ho.

Hong Kongers had demonstrated their “democratic spirit” in official 2019 district elections, said Ho. Pro-democracy candidates won more than 80 per cent of seats, with a record turnout of 71 per cent, in what became the last polls staged in Hong Kong before the revamping of election laws.

Ho said Toronto was chosen to launch the project because of the city’s large number of Cantonese-speaking Hong Kongers, making it easier to hire staff and volunteers.

Ho said he was visited by officers from the Canadian Security Intelligence Service last week in light of the Hong Kong Security Bureau’s remarks.

Bill Chu, a spokesperson for the Chinese-Canadian Concern Group on the Chinese Communist Party’s Human Rights Violations advocacy group, said Hong Kong was trying to exert “extraterritorial power” over Ho, and Canadian authorities should condemn it.

“Who will be the next to be added on the wanted list? It can be you or me since the NSL (National Security Law) lacks clarity and its application becomes so unpredictable now,” said Chu.

Ho said that being on a “wanted list” meant he would never again visit relatives and friends in Hong Kong, or see the city where he grew up.

But he said he felt no regrets, and Canada was his home.

“Just like I chose to become a reporter when I was young, my goal and belief is to protect and always fight for the public’s interest,” he said.

“I have been staying true to myself from the beginning and my heart has no place for any regret or fear.”

There were more than 208,000 Hong Kong-born people living in Canada according to the 2016 census.

Canadian authorities have meanwhile estimated there are about 300,000 Canadian citizens living in Hong Kong, a figure cited by Deputy Prime Minister Chrystia Freeland in 2020.

NASA is taking its first shot at deflecting an asteroid