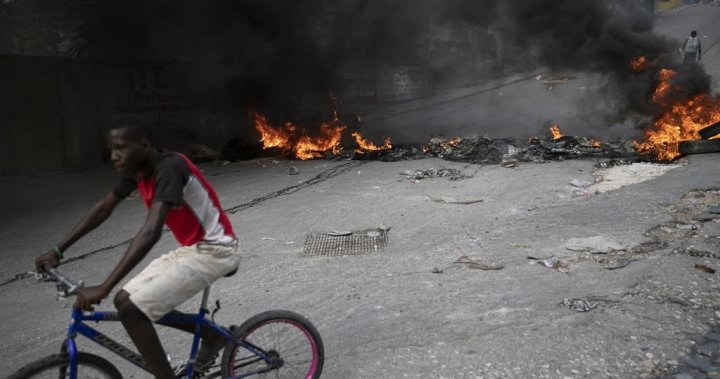 A team tasked with assessing the crisis in Haiti has returned home and is now briefing senior officials as the Canadian government weighs a potential military mission to assist the beleaguered Caribbean nation, according to Canada’s ambassador to Haiti.

Ambassador Sebastien Carriere said Monday that Canada will be expected to take a leading role in assisting the country, which has been plunged into chaos due to rampaging gangs and a worsening cholera outbreak.

“The expectations are fairly high,” Carriere told the House of Commons foreign affairs committee. “People expect Canada to take on a leadership role. We have a very good reputation. And in Haiti, we’re well respected.”

Carriere added that the United States is also hoping Canada will step up, as was noted during recent coverage of U.S. Secretary of State Antony Blinken’s visit to Ottawa and Montreal last week.

While Blinken and Foreign Affairs Minister Melanie Joly studiously avoided any comments on whether Canada would lead a multilateral military intervention to Haiti, U.S. officials have name-checked Canada as a potential key player.

And while the United Nations is currently contemplating a motion that would authorize a mission, Carriere told the committee that the government has not yet decided whether it supports such a move.

“No decision has been made on that,” he said. “That was part of what the assessment came here to do last week. They’re continuing their consultations this week. They’re briefing up in terms of what their findings are.”


The poorest country in the Western Hemisphere, Haiti was thrown into turmoil after President Jovenel Moise was assassinated last year. The crisis has worsened in recent months as gangs ravage the country and amid a worsening cholera outbreak.

Haiti’s health ministry said that as of Sunday, it was aware of 2,243 people with suspected cases and 55 who have died — numbers that the UN says likely understate the extent of the disaster.

Canada and the U.S. have already sent armoured vehicles to Haiti, and a military intervention to restore order has been endorsed by UN Secretary-General Antonio Guterres.

U.S. officials say the UN resolution is expected to pass by early November, and have mentioned Canada as a candidate to lead such a mission.

Carriere did not speak to any specific timeline, but did say that any intervention would require a multilateral approach involving other countries in the region. The mission would also need to back up Haiti’s security forces, not replace them, he said.

While the international community’s immediate focus is on restoring order in Haiti, Carriere said rampant corruption and impunity continue to form the root of the country’s problems.