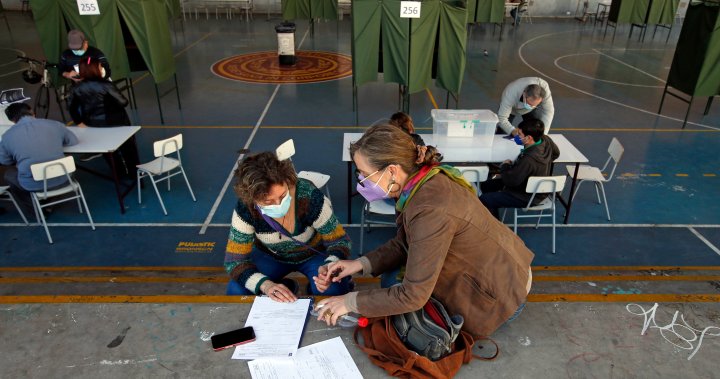 Chileans voted on Sunday to approve or reject a progressive new constitution that would replace its current market-friendly text dating back to the Augusto Pinochet dictatorship.

The new text is the result of an agreement reached to quell violent protests against inequality in 2019 and focuses on social rights, the environment, gender equality and indigenous rights.

While nearly 80% of Chileans voted to draft a new constitution in late 2020, polls show public support for the new text has dropped amid fear of certain proposals and controversies surrounding the constituents elected to draft it.

The number of voters planning to vote ‘no’ on the new text first surpassed the ‘yes’ vote in April and has kept a varying lead. The latest polls before a two-week blackout showed the ‘no’ vote ahead with 47% compared with 38% for ‘yes’ and 17% undecided.

But unlike previous elections, this vote is mandatory, adding another layer of uncertainty, according to experts.

“That’s probably the biggest uncertainty, a lot of people like to extrapolate results from polls,” said Rossana Castiglioni, a professor of political science at Diego Portales University, noting that only 43% of the population turned out to elect constituents to draft the new text.

“But the truth is we know relatively little from this 50%, from this half of the population that abstains from electoral processes.”

President Gabriel Boric voted in the southern city of Punta Arenas early on Sunday and vowed to preserve unity regardless of the outcome.

“In the difficult times we had as a country we took the path of resolving our differences and moving forward with more democracy,” Boric told reporters after voting.

He added that no matter the outcome, the government will work with all sectors to “advance in justice, equality, growth and development for everyone.”

More than 15 million Chileans and residents are eligible to vote across more than 3,000 voting centers, including the national stadium in Santiago, where Rosemarie Williamson, 54, voted to reject the new constitution alongside her 85-year-old mother.

Williamson voted to draft a new constitution in 2020, but rejected the proposed constitution today, citing worries over several proposals.

“The main one is [indigenous] plurinationality and then pension funds,” Williamson said. “I’ve worked my whole life and I’m not willing to share that.”

Some voting centers reported long lines but voters said the process has been fast and efficient.

“Everything was quick and there were a lot of people inside,” said Ursula Lezema, a psychologist who voted in downtown Santiago. “I hope the new constitution is approved and to be celebrating in the afternoon.”

Some polls from outside the country, including from New Zealand, Australia, Japan, South Korea and China, have already closed and show a favorable lead for the new text. Votes from Chileans residing outside the country historically skew more progressive than the rest of the electorate.

Polls will close at 6 p.m. but stay open for voters waiting in line. Chile’s election agency expects to have results within a few hours.

The ruling coalition has already agreed to modify the text if it is approved and 57 transitory norms will help guide the transition from one constitution to the next.

If the text is rejected, Boric has said the process should restart to fulfill the mandate given by the 2020 vote to draft a new constitution. Other political figures have said the current constitution should be amended given recent legislative changes to lower majorities needed to do so.