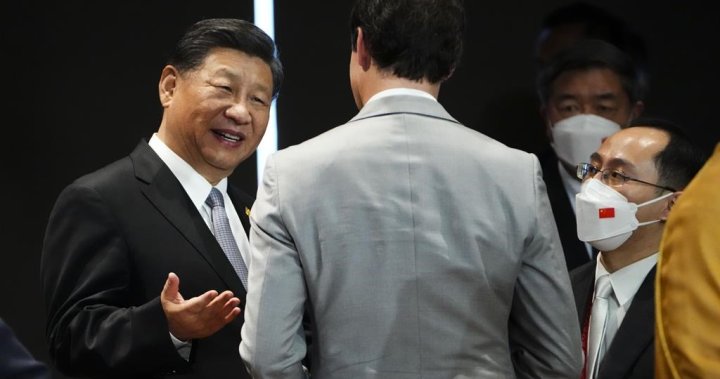 Bali, Indonesia — In a rare behind the scenes moment of diplomacy, Chinese President Xi Jinping criticized Canadian Prime Minister Justin Trudeau for sharing details of a conversation the two leaders had Tuesday on the sidelines of the G20 summit in Bali, Indonesia with the media.

“Everything we discuss has been leaked to the paper, that’s not appropriate,” Xi told Trudeau Wednesday through a translator, at the closing session of the G20.

Trudeau interrupted Xi’s translator, saying: “We believe in free and open and frank dialogue and that is what we will continue to have. We will continue to look to work constructively together but there will be things we will disagree on.”

On Tuesday, a senior government source told Global News that Trudeau raised, the war in Ukraine, North Korea and alleged Chinese interference in Canadian elections with Xi when they spoke for roughly ten minutes.

Foreign Affairs Minister Melanie Joly also confirmed that she discussed the same topics with her Chinese counterpart yesterday with reporters.

1:43
How will Trudeau handle China at G20 after reports of alleged election interference