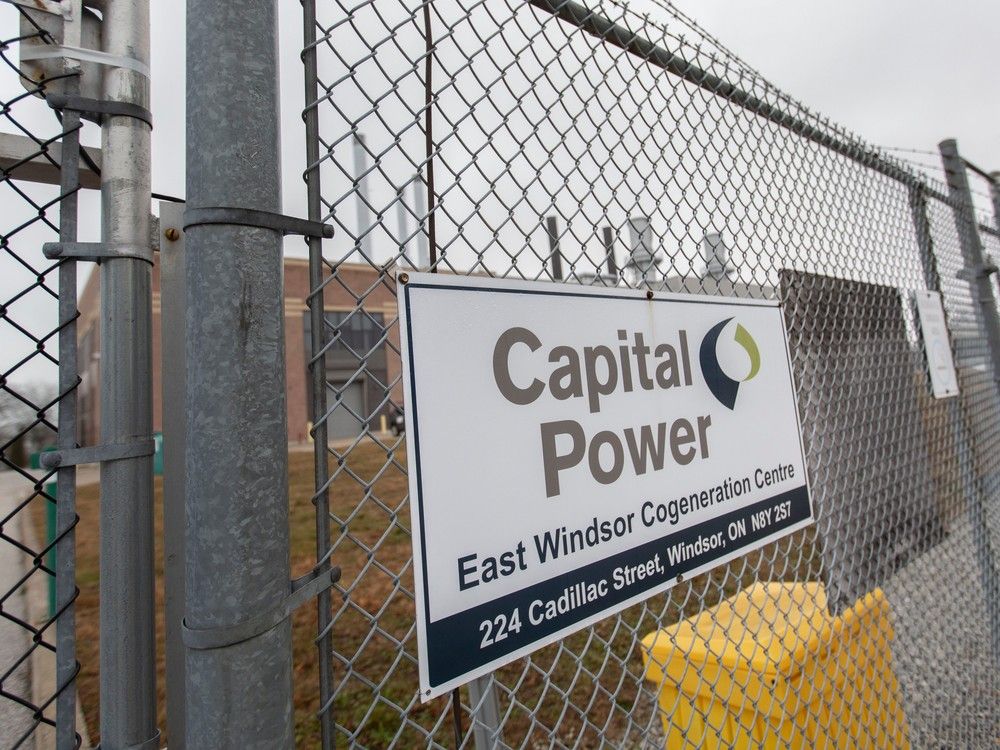 Council voted 8-2 to back an energy proposal from Capital Power, which will spend $200 million building two more natural gas peaking units at its East Windsor Cogeneration Centre if the Crown corporation that controls Ontario’s electricity supply gives it the go-ahead.

The choice roiled environmentalists seated in the crowd, a handful of whom spoke as delegates in opposition to the project earmarked for Riverside Drive and Cadillac Street. They echoed the sentiments of 26 others who emailed council from across the province, all decrying Capital Power’s plans.

But Windsor’s fast-growing electricity needs and its ability to attract energy-dependent economic investment swayed the council majority into supporting the project. That’s despite the impact the proposed natural gas-burning turbines may have on the city’s greenhouse gas emissions and a previous council resolution calling for the phaseout of gas-fired power in Ontario.

“Today is a time for us to make a really tough decision, to support something that we know isn’t optimal but puts us in a position to be able to continue the economic development piece that we know is linked to all of our future prosperity,” said Ward 9 Coun. Kieran McKenzie.

Monday’s decision followed what some delegates regarded as an about-face by Capital Power. The company in September announced plans to build battery energy storage systems to its cogeneration centre in east Windsor. At the time, the company said the systems would have met the needs of roughly 40,000 homes (40 megawatts).

News that the company had changed its plans broke in the first week of this year, when a council report published on Jan. 6 explained Capital Power planned to build natural gas turbines instead of battery energy storage. The new turbines would increase the facility’s capacity by 100 megawatts to 192 megawatts. However, Kelly Lail, Capital Power’s vice president of business development, told council that the expansion would seldom be used.

“The existing facility operates, on average, about two per cent of the time,” Lail said. “We don’t believe the nature of the system’s operation will change. It will likely continue to have a very low capacity factor and, as a result, it really serves more like an insurance policy for the electricity system.

“It will continue as a peaking facility, expected to operate only when it is needed to keep the lights on or the factories running.”

The company switched its proposal from battery storage to more natural gas turbines after discovering the city’s electricity transmission system had more capacity than they thought, Lail said. The company is also responding to a call to action by the Independent Electricity System Operator, which is seeking 1,500 additional megawatts of gas-generated energy by 2027, as well as another 2,500 megawatts of battery storage and other non-emitting resources.

Those reasons failed to sway delegates whose opposition to the proposal was steadfast. Several reminded council that it had declared a climate emergency in the City of Windsor in 2019, and that it began calling for the phaseout of gas-fired power in Ontario in November of 2020.

Jack Gibbons, chair of the Ontario Clean Air Alliance, appeared before council virtually, as did representatives from Environmental Defence, the Windsor Essex Youth Climate Council, and the Canadian Association of Physicians for the Environment. Gibbons and several other delegates urged council to advocate for non-polluting energy solutions in Ontario, like investments in solar, wind, and power storage.

“We don’t need new gas plants in Windsor to keep our lights on. Windsor has cleaner and better options,” Gibbons said. “We need your strong leadership to help move Ontario to zero carbon electricity grid as soon as possible. We cannot afford to go backwards.”

“There’s no question that we’re in an environmental crisis, not just locally, but across the globe,” Costante said. “I’m failing to see in a very conclusive way the urgency… When we’re looking at the balancing act, I’m not convinced that this is the way forward. I think we can do a better job leading on this front. I’m not convinced that this is going to jeopardize economic development — in fact, there are some really good arguments in the alternative.”

In September, city council voted unanimously to establish Windsor as a willing host for energy projects to help the city prepare for future economic investments. It also agreed to support five proposed electricity transmission lines west of London and the IESO’s efforts to re-contract the generator at Brighton Beach.

As a result, city hall has received a flood of proposals for battery energy storage systems, which will each receive letters of municipal support from Windsor’s chief administrative officer. Any companies looking to build power generation must seek support from council directly.

Ultimately, the IESO will decide which projects can go ahead, though municipal support reportedly works in the proponent’s favour.

If the IESO approves Capital Power’s proposal, Lail said the new turbines should be operational in 2025. Their construction will create about 200 jobs.

Capital Power expects the turbines would be retired by 2040, when battery technology and other renewable energy options are more widely available.

“This is a short-term approach to making sure that the gaps (in energy supply) are filled,” said Ward 6 Coun. Jo-Anne Gignac. “The people have spoken. They do want us to be responsible, and at the same time, they want jobs in our community. They want our community to continue to prosper.”