Democrats’ risky bet on GOP election deniers paid off. Should they do it again? 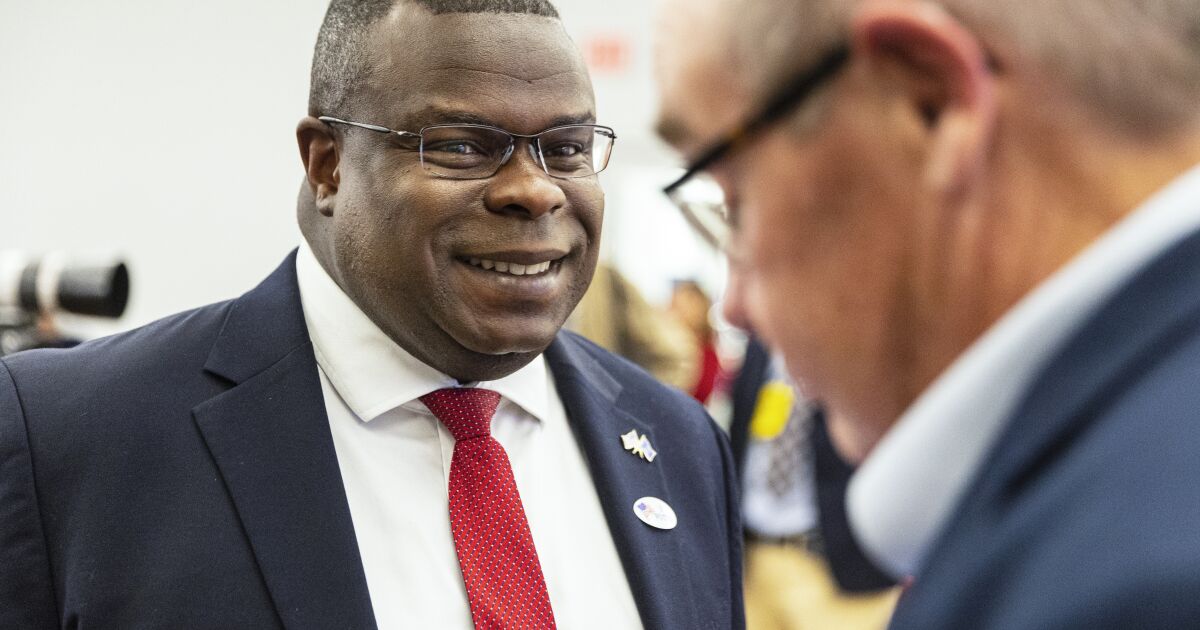 Winning elections is no easy feat. Candidates and their campaigns raise millions of dollars, knock on tens of thousands of doors, appear at dozens of pancake breakfasts and town halls, and send out oodles of mailers. This election cycle, some Democrats deployed a more risky strategy — helping their Republican opponents.

The idea behind the scheme was to persuade Republican primary voters to send their most extreme candidates to the general election, with the hope that swing voters wouldn’t be able to stomach them, and instead vote for the Democratic candidate. Democrats and their allies aided far-right candidates in the Maryland, Pennsylvania and Illinois gubernatorial primaries, and in congressional primaries in Michigan and California.

The strategy was risky for Democrats. If they miscalculated, they could’ve been complicit in sending extremists to governors’ mansions, or to Washington. Even if the people they promoted lost, the legitimacy of the election could have been contested, further destabilizing American democracy. Before Tuesday’s election, even some White House aides were complaining privately about the risks their allies had taken.

But this year, at least, the Democrats’ bet paid off. It appears that in all the races in which Democrats helped far-right Republicans win their primaries, those candidates lost in the general election.

The Democrats’ plan still required elevating opponents they claim are dangerous for democracy. In the Pennsylvania gubernatorial primary, then-state Atty. Gen. Josh Shapiro’s campaign purchased ads for his opponent, state Sen. Doug Mastriano, in an effort to bolster Mastriano’s standing among the GOP base. The ad told voters that the Republican would ban abortion, end voting by mail and had led the fight to audit the 2020 presidential election.

“If Mastriano wins, it’s a win for what Donald Trump stands for,” the ad said.

Mastriano was projected to lose to Shapiro by about 14 points on Tuesday night. As of Thursday morning, the Republican had not conceded.

In July, the Democratic Congressional Campaign Committee aided John Gibbs, who was trying to oust Rep. Peter Meijer, one of the 10 House Republicans to vote to impeach Trump after the Jan. 6, 2021, insurrection at the U.S. Capitol. The group bought an ad that showed Gibbs with the former president, noted that he backed “patriotic education” and would push Trump’s conservative agenda. “The Gibbs-Trump agenda is too conservative for West Michigan,” the ad said.

Gibbs won his primary and this week lost to Democratic candidate Hillary Scholten by about 13 points. The Republican conceded in a Wednesday statement.

Meijer thought the DCCC’s actions were out of line. “Democrats are justifying this political jiujitsu by making the argument that politics is a tough business. I don’t disagree,” he said in an August blog post. “But that toughness is bound by certain moral limits: Those who participated in the attack on the Capitol, for example, clearly fall outside those limits.”

Meijer noted that the Democratic Governors Assn., for example, spent hundreds of thousands of dollars to support Maryland GOP gubernatorial candidate Dan Cox, who helped organize buses to the rally that occurred hours before the Jan. 6 insurrection and called former Vice President Mike Pence a “traitor” for certifying the election results. On Tuesday, Cox lost his race to Democratic candidate Wes Moore by about 23 points. The Republican called Moore on Wednesday to concede. The association did the same for Illinois GOP gubernatorial candidate Darren Bailey, who lost to incumbent Gov. J.B. Pritzker by about 11 points. (Bailey conceded on Wednesday.)

Democrats and their allies did not always succeed in pushing more extreme Republicans through their primaries.

In California’s 22nd district, a super PAC formed to help maintain Democrats’ majority in the U.S. House of Representatives bought ads to oust moderate Rep. David Valadao (R-Hanford), who voted to impeach Trump after the Capitol insurrection. The ads called Chris Mathys, who had attacked Valadao for his impeachment vote, a “true conservative” and “100% pro-Trump and proud.” Valadao won his primary and, as of Thursday morning, was leading his Democratic opponent by about eight points.

The Democrats’ strategy is “high risk and high reward,” said Jim Kessler, executive vice president for policy at Third Way, a Washington-based center-left think tank. And though Democrats were not always successful in persuading Republican primary voters to embrace far-right candidates, they seem to have won big in general elections. “I’m not sure there’s a lot of patience for [election denying] anymore among the electorate,” Kessler said. “Election deniers did not have a good Tuesday.”

Election conspiracists running in competitive races lost big on Tuesday, though hundreds were elected in deep-red parts of the country. Trump and his election lies are still deeply popular in much of the Republican Party. But they are unpopular among the moderate voters who are needed to win competitive elections.

“This is the big conundrum for Republicans going forward — Trump owns the base. And the base is quite large,” said Sarah Longwell, a GOP strategist and the executive director of the Republican Accountability Project, an anti-Trump group. “That’s why we got a bunch of election deniers and extremists who won their primaries,” she said. “But those candidates are poison in general elections.”

She added: “The crazy gene in the GOP used to be recessive. Now it’s dominant.”

That’s why Longwell thinks the Democratic strategy of pushing far-right candidates in the primaries is hypocritical, despite its apparent success. Democrats around the country echoed President Biden’s message that democracy was on the ballot and that election deniers threatened the nation’s stability.

“Democrats are playing with fire and it diminishes their credibility on the issue of democracy when they bolster anti-democratic candidates for political reasons,” Longwell said. “It’s a cynical strategy. I would not repeat it.”