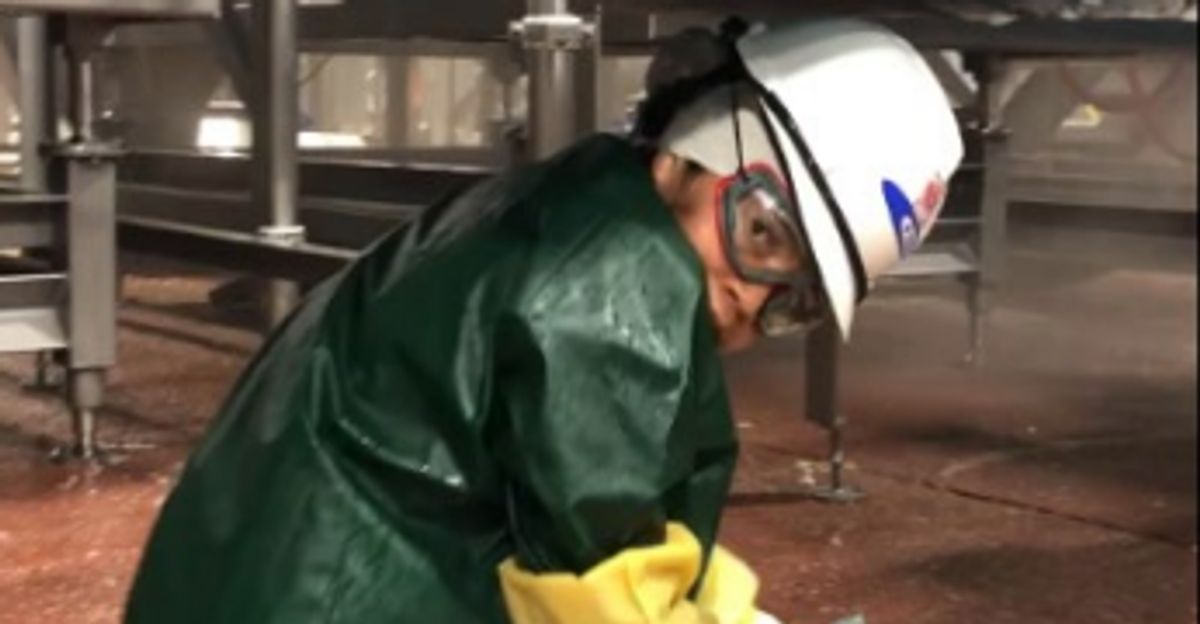 The Labor Department says a sanitation contractor employed dozens of children in dangerous roles at meatpacking plants in Nebraska and Minnesota.

The agency went to federal court on Wednesday seeking an injunction against Packer’s Sanitation Services Inc. (PSSI), alleging at least 31 kids had worked for the company in “oppressive child labor.” Officials say they ranged in age from 13 to 17, and their responsibilities included cleaning hazardous equipment during overnight shifts.

The Labor Department said in its filing that Packer’s violated the Fair Labor Standards Act by employing the minors, who allegedly worked at plants owned by meatpacking giant JBS and the poultry processor Turkey Valley Farms.

“The Labor Department also alleged that PSSI violated the law by “intimidating minor workers to stop them from cooperating with investigators.””

The agency has asked a judge to issue a temporary restraining order preventing the company from employing minors while it continues to investigate.

“Investigators also learned that several minors employed by PSSI ­— including one 13-years-old — suffered caustic chemical burns and other injuries,” the Labor Department said in a press release.

PSSI could not immediately be reached for comment on Saturday.

In its filing, the Labor Department also alleged that PSSI violated the law by “intimidating minor workers to stop them from cooperating with investigators.” They say the company “manipulated and deleted” employment files.

Officials began their investigation in August after receiving a referral from local law enforcement about possible child labor violations at a plant in Grand Island, Nebraska. Investigators then interviewed confidential sources about kids allegedly cleaning the facility during graveyard shifts.

Investigators “witnessed multiple workers entering the JBS facility in Grand Island, Nebraska, during the PSSI overnight cleaning shift who appeared to be minors based on their stature and appearance,” according to the court filing.

Officials say they subpoenaed school records from local middle and high schools and determined “three minors had worked overnight shifts for PSSI at the Grand Island JBS facility,” including one who suffered a chemical burn.

On its website, PSSI says it offers cleaning and sanitation services to the meatpacking and warehousing industries. It’s common for large companies like JBS to contract out sanitation work to outside companies so that the workers are technically employed by other firms even though they work inside the plant.

The firm bills itself as “your partner in waste reduction and cost savings.”