Elizabeth Holmes Sentenced To More Than 11 Years In Prison 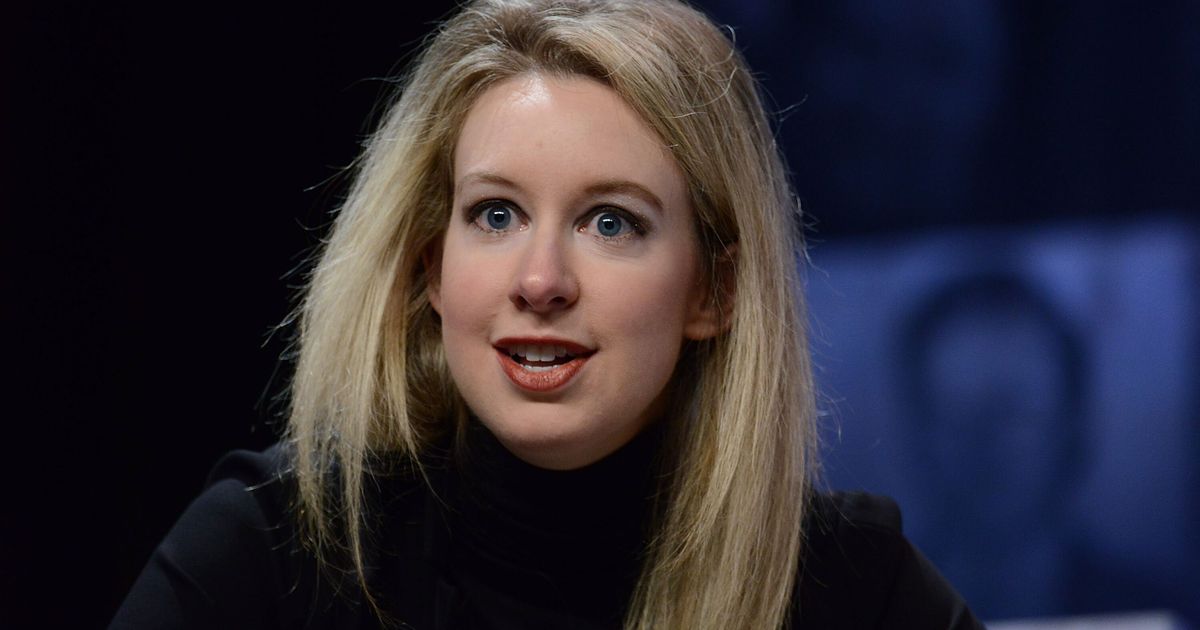 Disgraced Theranos founder Elizabeth Holmes has been sentenced to 135 months, or 11.25 years, in prison for her role in defrauding investors in her blood-testing company. She’ll have an additional three years of supervised release.

Holmes won’t have to report to prison until April of next year.

Holmes, 38, was sentenced Friday by U.S. District Judge Edward Davila, who sits on the federal court in the Northern District of California and oversaw her trial last year. Davila said he’d set a date in the future for Holmes’ restitution hearing, according to reporters in the courtroom.

Holmes, who is pregnant for the second time, spoke in court Friday while crying.

“I stand before you taking responsibility for Theranos. It was my life’s work,” she said, according to reporters in the courtroom.

“I am devastated by my failings,” she said, noting she’s “felt deep pain for what people went through because I failed them.” She went on to apologize to investors and patients, adding, “I regret my failings with every cell of my body.”

Her sentencing comes after a last-ditch attempt by Holmes and her legal team to secure a new trial, staking it to claims that a key witness for the prosecution regrets the role he played in her conviction. Davila denied the request earlier this month.

Jurors convicted Holmes on Jan. 4 on one count of conspiring to commit wire fraud against Theranos investors and three counts of fraud in connection to wire transfers. Each count carried a maximum of 20 years in prison and could be served concurrently. Prosecutors asked Davila to sentence her to 15 years.

“She repeatedly chose lies, hype and the prospect of billions of dollars over patient safety and fair dealing with investors,” Assistant U.S. Attorney Robert Leach wrote in a 46-page brief filed last week. “Elizabeth Holmes’ crimes were not failing, they were lying — lying in the most serious context, where everyone needed her to tell the truth.”

The jury reviewing Holmes’ case found her not guilty on four other counts — three of which related to defrauding patients — and failed to reach a verdict on three others after seven days of deliberations.

Jurors who’ve spoken out since the trial’s conclusion said they quickly agreed to the four guilty verdicts because it was clear to them that Holmes had willfully misled investors connected to those charges by giving false financial projections and altered reports to investors.

“Everything went through her. She had final approval,” juror Wayne Kaatz, an Emmy-winning TV writer, told ABC News of Holmes’ apparent culpability when it came to Theranos’ business dealings.

Juror Susanna Stefanek, an editorial manager at Apple, told The Wall Street Journal that there were two “smoking guns” in the trial: a report Theranos gave to investors that Holmes had altered to appear to be an endorsement from the pharmaceutical and biotech company Pfizer, and a document from the company projecting $40 million in annual revenue from drug companies, even though no such contracts were in place.

Jurors said they found her not guilty on counts related to defrauding patients because she was too many steps removed from them. As for the charges they couldn’t reach a verdict on, the jurors said they couldn’t agree on whether there was enough proof Holmes had lied to certain investors.

Holmes pleaded not guilty to all charges in 2018 after a federal grand jury elected to indict her for making fraudulent claims about the blood-testing machines she was developing. Investors say Holmes promised them that the devices could diagnose a wide range of conditions with just a few drops of blood, revolutionizing the standard medical testing process that requires vials of blood and much more time.

Holmes launched Theranos in 2003, when she was just 19, after dropping out of Stanford University. Silicon Valley, media outlets and prominent figures quickly pegged her as “one to watch,” helping her attract numerous high-profile investors, including the Walton family, founders of Walmart; media magnate Rupert Murdoch; and former Education Secretary Betsy DeVos.

By 2015, her company was valued at a staggering $9 billion. But that same year, whistleblowers from within the company began informing reporters that Theranos’ machines were largely non-functional and that there was little evidence to show they ever would be. Investors and business partners began pulling out, and investigations began piling up.

In addition to the Jan. 4 conviction, Holmes reached a settlement in 2018 with the U.S. Securities and Exchange Commission over additional fraud allegations and was thus barred from serving as a director or officer of any public company for a decade.