Exclusive! Ankur Verma aka Rajeev of Parineetii talks about his experience shooting the show and shares, “The best part is that Ekta ma’am watches the show and we get all the reviews from her; she has a lot of input about where the storyline should be goi 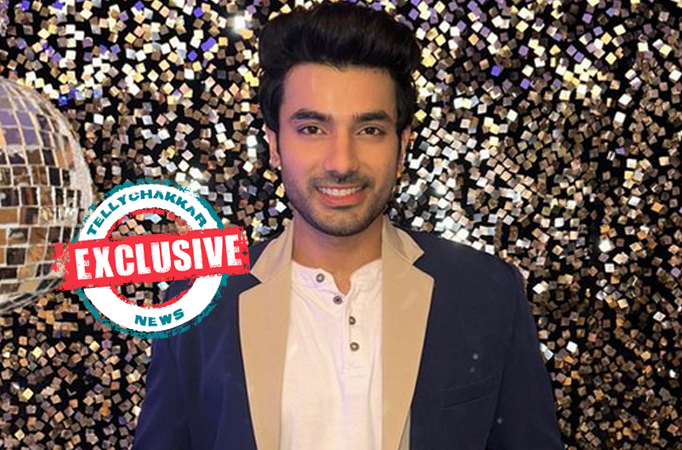 MUMBAI: Parineetii is one of the most loved TV shows among the audience due to its intriguing storyline and unique plot as the story comprises one man getting married to two women who are friends.

The fans love the chemistry of Aanchal Sahu aka Parineet, Tanvi Dogra aka Neetii and Ankur Verma aka Rajeev.

A sacred bond of marriage tangles the lives of Parineet, Neeti, and Raj. Fate leads two best friends to marry the same man ensuing a complicated love triangle. Audiences love the cast of the show. They are always curious to find out what is going on behind the scenes, how the actors get along and if the shooting process is fun.

ALSO READ: Exclusive! Parineeti: Parineet will confess her feelings for Rajeev but here’s the twist

Ankur Verma plays the lead role of Rajeev on the show and is adored by the fans. He often expresses his gratitude to the fans for the amount of love that they give him.

This is Ankur’s first show and Parineetii is soon going to complete a year.

TellyChakkar got in touch with the actor to talk about his journey, the complexity of the characters, and more.

How has this journey been as Rajveer on Parineetii?

The show has been fantastic since day one, and the love that we getting now, its been constant since day one and that is something I love. Usually, a show starts and grows gradually but with us, it started on a high note and has been great since then. The audience that was with us on day one is still with us and I am grateful that we have their constant support. I still remember the time we shot the promo last December and it’s a surreal feeling that we complete a year in January. I feel like we have grown up with the show and when I look back at the promos or the initial episodes, I do get the feeling that I was so young then. My age has increased by 2-3 years while doing the show, and that is a lovely feeling. We are growing up with the show and I have learned a lot from it. I am really grateful to the Balaji team, Ekta ma’am, Shobha ma’am, the creatives, everybody and the best part is that Ekta ma’am watches the show. We get all the reviews from her and she has a lot of input about where the storyline should be going forward.

What is that X-factor that makes the role of Rajveer click for you?

The fact that he is very respectful and yeah, sometimes in the heat of the moment and in anger, he does certain things, like he gets a little aggressive in order to protect the people he loves. That is one thing, but he is really respectful and won’t put anyone down or humiliate anyone, or say something hurtful or take revenge from anyone. He is a very simple, sorted guy who loves his mother and listens to her, his dadi, his aunt and other family members because of which he gets entangled sometimes. The cuteness, the nature, and charm that he has, is portraying him in a very good light.

Fans have been a big part of the shows journey, anything that you would like to say to them?

I just want to say thank you again and again, for giving me the love and platform in a year and bringing me to this stage, because sometimes one show will work for a few months and then move on. I feel like the audiences have given me so much love and made this so special for me. They have constantly helped us do better and stay on the top charts. For giving me such a big show at this age, I want to once again thank the makers, the crew and most importantly the audience for showering us with some much love.

Ankur will also be seen in a web series titled ‘Dahad’ which will most probably release on Amazon Prime Video and fans are very excited to see him in a new role.

ALSO READ: Neeti aka Tanvi Dogra teases some fun with the Randhawa’s ahead of the Mahasangam with Dharampatni!