Fact check: Yes, the Moderna Omicron shot for Canada was tested on humans. What to know – National | Globalnews.ca 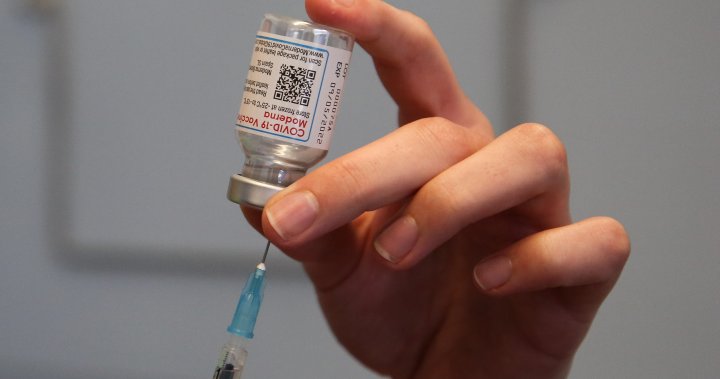 Was Moderna’s Omicron-targeting bivalent vaccine approved in Canada on Thursday only tested on mice?

The short answer: no, according to Canadian health officials.

The declaration comes after misinformation circulated online Thursday saying Moderna’s Omicron-targeted vaccine, approved by Health Canada, was only tested on mice, not humans.

“When Health Canada reviews any vaccine, we want to make sure that it meets standards for safety, efficacy and quality, and we’ve said that from the beginning of the pandemic,” said Dr. Supriya Sharma, chief medical advisor with Health Canada, during a news conference on Thursday.

“We wouldn’t authorize a vaccine unless we thought it meant those standards.”

Where does this connection come from?

Log onto Twitter and search “Moderna” and “mice” and you’ll see a slew of posts claiming Health Canada’s approval of the company’s Omicron-targeted vaccine was based on trial data only involving mice.

However, Health Canada states in its regulatory decision summary for the bivalent shot that it was tested in 437 humans over 18 years of age. The study included 814 individuals, both male and female, with 377 of them receiving Moderna’s original COVID-19 vaccine.

Based off that data, the agency approved Moderna’s bivalent vaccine.

“We do know a lot about these vaccines, specifically the Moderna one that we’re talking about now, because of the review that we’ve done for the original strain vaccines, the data that’s been shown for the younger populations as well, but also because of the billions of doses that have been administered around the world,” Sharma said.

“All of that goes into looking at how these work.”

So then, where does this mice connection come from? Look to the United States.

What did the U.S. FDA look at?

The Moderna bivalent vaccine Health Canada approved on Thursday was designed to target both the original COVID-19 strain and the original Omicron variant that emerged in November 2021. Omicron’s emergence prompted vaccine makers to come up with new shots designed to target the variant. Since then, the virus has mutated. Two Omicron subvariants – BA.4 and BA.5 – are currently dominant in Canada.

Health Canada said in its approval declaration Thursday that “exploratory analyses” suggests a second booster shot with Moderna’s BA.1 bivalent vaccine could provide a superior neutralizing antibody response against BA.4 and BA.5 compared to a second booster with the original shot.

0:22
Canada will have ‘enough supply’ of Moderna’s Omicron booster for everyone 18+ over: Njoo

Canada will have ‘enough supply’ of Moderna’s Omicron booster for everyone 18+ over: Njoo

Meanwhile, both Moderna and its rival Pfizer/BioNTech have been working on shots designed to specifically target BA.4 and BA.5, which brings us to the U.S.

On Wednesday, the U.S. Food and Drug Administration (FDA) reviewed the companies’ tweaked shots, and approved them. Pfizer’s shot was OK’d for people aged 12 and older, and the Moderna booster for those 18 and over — if they have received a primary vaccine series or a booster at least two months before.

Patricia Gauthier, president and general manager of Moderna Canada, told Global News in an email the first human participant in the BA.4/5 phase two/three trial was dosed earlier in August.

The bivalent vaccines from Moderna and Pfizer still use the same technology and original COVID-19 strain as the primary vaccine series. The addition of genetic material targeting the Omicron BA.1 subvariant was added in a tweak to the formula, which has drawn comparisons to the way that scientists regularly update flu shots each year to target circulating strains.

Because the bivalent vaccines are a tweak to an already-approved formula, the FDA in June said it would not require studies testing the bivalent shots in humans in order to grant authorization, a decision in keeping with how annual changes to flu vaccines are cleared.

In a 13-1 vote on Thursday, U.S. Centers for Disease Control and Prevention (CDC) backed the use of the tweaked shots for Americans 12 and older. Dr. Pablo Sanchez, a professor of pediatrics at Ohio State University, was the only member of the CDC’s Advisory Committee on Immunization Practices to vote against the recommendation.

“I understand we need better vaccines because obviously we’re still having a lot of COVID despite vaccination,” he said. “But I’m struggling with making a recommendation for a bivalent vaccine that has not been studied in humans.”

But when it comes to modifying them, regulators assess the data keeping in mind the effectiveness of the original shot, he added. Take for example, the flu shot.

Why is the influenza vaccine being referenced?

The connection to the influenza vaccine was also brought up by Dr. Howard Njoo, deputy chief public health officer of Canada, during Thursday’s news conference.

“Billions of (COVID-19) doses have been administered around the world, and so if down the road … it’s about adjusting in terms of maybe different strains or an additional strain and the vaccine, I think that’s similar to the construct we’ve used for many years for influenza vaccine,” he said.

“The basics of the vaccines are the same, and it’s a matter of adjusting it from season to season in terms of the strains that we put into the vaccine. I’m not saying we’re there yet, it’s not a perfect sort of analogy to influenza, but that’s where the thinking is starting to go.”

Evans echoed Njoo’s comments in an interview with Global News on Friday.

“In both cases, the technology is the same, it’s just this antigenic component, the part that the immune system has to recognize, is altered somewhat,” he said.

“In that setting, regulatory agencies, whether the FDA or here in Canada, will approve it based on the idea that that technology has already been proven in previous clinical trials.”

‘A lot of information out there’

Misinformation and disinformation continue to circulate around the COVID-19 pandemic, and this is just another example of that, Evans said.

“What it tells us is that the reach of social media and the desire for people to have what are seemingly simple explanations can override the complexity of the real world. Science and immunology and infectious diseases, like I study and treat in humans, is a complex issue,” he said.

“It takes a long time and a lot of thought to think about all the complexities of that issue, and it’s really important to understand when humans are stressed, when they’re under considerable worry and anxiety, they’re always seeking a more simple explanation.

“So if you simply say these vaccines were trialed in mice and then leave out all the other details that it was actually a pre-clinical trial and subsequently we’ve done studies in humans, etc. It’s a simple thing to convince somebody that maybe somebody’s not doing something right.”

On Thursday, Sharma urged Canadians to make sure the information they consume comes from trusted sources.

“It’s important that they feel comfortable about making those decisions, but we feel very comfortable with the authorization of this vaccine, and in the statement that we’re making about how important it is for people to go out and get their boosters.”

— With files from Reuters