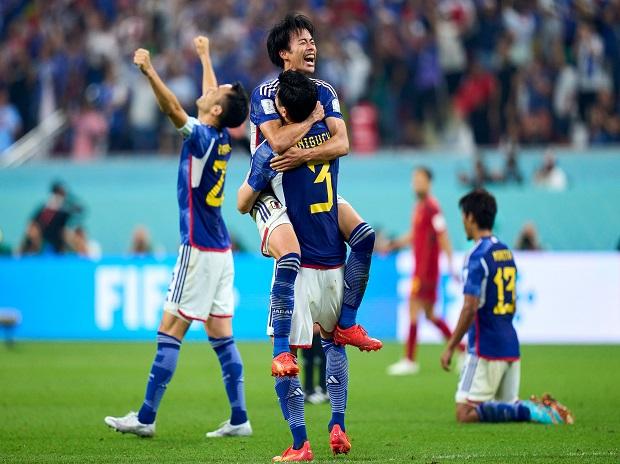 They say lightning doesn’t really strike twice, but if that lightning is the Japanese football team, it will strike twice and scalp the biggest fish in the pool too.


They have done what no other Japanese team had ever done. They have beaten two World Champions in one World Cup and have advanced to their first-ever World Cup knockouts as group leaders at the same time. This is now their second consecutive and overall fourth entry into the Round of 16. They will now play Croatia.

On the other hand, Spain, even after losing against Japan will go in as the second team from Group E. They finish on the same points as Spain, but because of a better goal difference, thanks to their record 7-0 win over Costa Rica will move forward. Germany beat Costa Rica 4-2 in their last game and will have to walk out of yet another World Cup at the group stage.

earlier in their first game of the campaign, beat Spain 2-1 to move to the Round of 16 as group leaders. Ritsu Doan and Ao Tanaka scored for them while Alvaro Morata scored the lone goal for Spain that came in the first half.

Once again, yet another German campaign ends at the group stage as the team from Europe fell short in terms of goal difference even after beating Costa Rica 4-2 in their last game. Germany at one stage was down 1-2 before Kai Havertz scored a brace and Fullkrug added another to make it a comfortable win for the team. Yeltsin Tejeda and an own goal from Manuel Neuer helped the Costa Rican score move to two. Serge Gnabry scored the first goal for Germany.
Facebook
Twitter
LinkedIn
Pinterest
Pocket
WhatsApp