French protesters call for extradition of retired priest to Canada 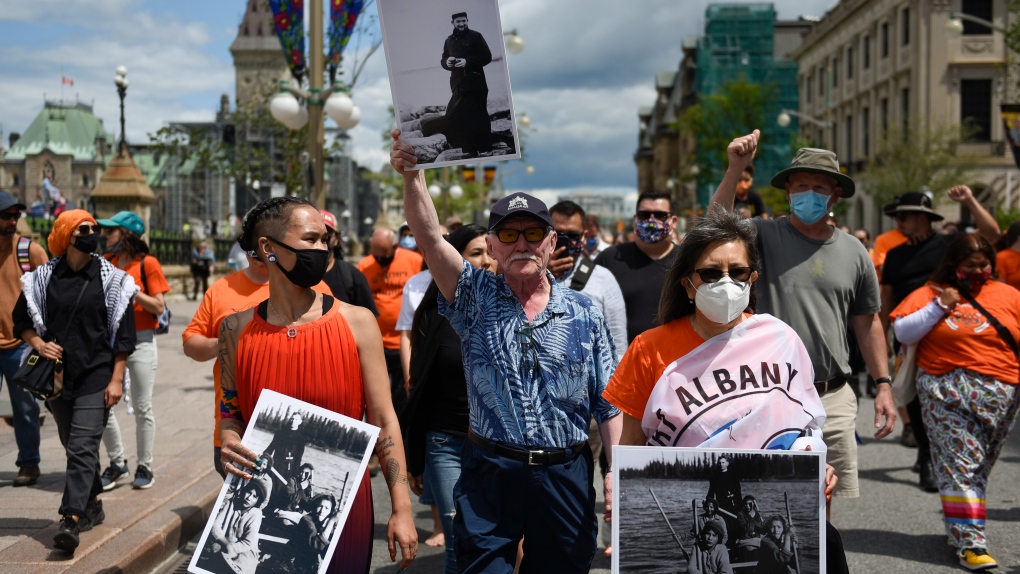 
Activists are calling on France to extradite a retired priest to Canada to face allegations that he sexually abused Inuit children in Nunavut decades ago.


Nearly a dozen members of BeBrave France, the French chapter of a global advocacy movement that aims to end sexual violence against children, demonstrated outside the retirement home of Johannes Rivoire in Lyon, France on Monday.


They held signs and banners, painted messages on the sidewalk and spoke over a microphone to demand justice.


“It’s important to do something,” said Amandine Sanvisens, one of the demonstrators.


Rivoire, who is in his 90s, was an Oblate priest in Nunavut from the 1960s until 1993, when he returned to France. He has been wanted on a Canada-wide warrant since he was charged in February 2022 with one count of indecent assault of a girl in Arviat and Whale Cove, Nvt., between 1974 and 1979, after a complaint was made in 2021.


The Public Prosecution Service of Canada announced in October that France had denied its request to extradite Rivoire. While Canada and France share an extradition treaty, French officials said they were prohibited from extraditing their own citizens. They also said, under French law, too much time had passed between the alleged assault and charges being laid.


“We were very sad and also ashamed that our government refused acting in order to make justice,” Sanvisens said.


She said they have asked for a meeting with French President Emmanuel Macron but have yet to receive a response.


Arnaud Gallais, co-founder of BeBrave France, has started an online petition calling for Rivoire’s extradition. It has garnered more than 15,000 signatures.


“It’s very important because I am a survivor,” said Gallais, who alleged he was sexually abused by a Catholic missionary as a child during testimony to the Independent Commission on Sexual Abuse in the Church.


Rivoire has long faced allegations that he sexually abused Inuit children while he was a priest in Nunavut. Nunavut Tunngavik Inc. has said up to 60 children may have been affected.


None of the allegations have been proven in court and Rivoire has denied any wrongdoing.


A Canadian warrant was previously issued for Rivoire’s arrest in 1998 but criminal charges related to the alleged sexual abuse of children were stayed in 2017.


A 10-member delegation of Nunavut Inuit travelled to France in September to seek Rivoire’s extradition and raise awareness of the case. They met with government and church officials as well as Rivoire.


The Oblates of Mary Immaculate said they have urged Rivoire to face the charge but he has refused to return to Canada. Oblate leaders in France said they have decided to dismiss Rivoire from their congregation.


The Public Prosecution Service of Canada said it has exhausted all legal means of extraditing Rivoire from France. It said it is working with the RCMP for Interpol to issue a Red Notice, which would allow for Rivoire to be arrested in any other country if he should leave France.


“We have determined that there remains a reasonable prospect of conviction, and that prosecution is in the public interest,” the service said in a statement in October.


— By Emily Blake in Yellowknife


This story was produced with the financial assistance of the Meta and Canadian Press News Fellowship.