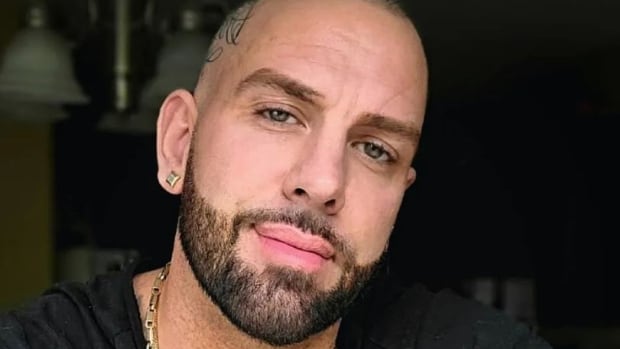 Friends of acclaimed Dartmouth, N.S., battle rapper Pat Stay are remembering him for his quick wit and kind and humble nature.

Stay was killed in Halifax early Sunday morning, a victim of a stabbing police have deemed a homicide. He was 36 and internationally renowned for his skills behind the microphone.

“He was right on the verge of breaking through,” said Behnny Mennier, a close friend of Stay who knew him since their days at Northbrook Elementary School in Dartmouth. “He’s loved and he’ll always be remembered.”

Mennier described Stay as a “gentle giant” who would go above and beyond to make others feel better.

“He always had time for everybody. He had the kindest words to speak to anybody. If they were upset, he could read their situation and fix it instantly with his drop-of-a-dime humour,” he said.

“We used to rap when we were kids … he never got big headed, he was always just humble Pat,” Mennier said.

Mennier said he loves that Stay is getting recognition for his skills.

Mennier last saw Stay on Saturday night at a wedding reception. When Mennier was getting ready to leave, he and Stay hugged.

“I know that Pat didn’t deserve what happened to him,” Hawkins said.

Hawkins said he’ll remember his friend for his kind nature.

“His battle rap persona — that was him in his element. But outside that part of it, he was also a very sweet, generous, caring person,” Hawkins said.

“You have this battle rapper who, on stage, comes across as this very strong, ferocious-type being … but then in person, anyone who knows him would tell you that he’s a gentle giant,” Rizg said.

“He didn’t want to be seen as too much of a softy, but he would always speak about that, even on his social media about how much he cared about people.”

Rizg said if people contacted him, he’d always respond. She said Stay had a way of building people up and that she felt comfortable sharing unfinished works with him.

“I would share something with him that I thought was terrible and he’d respond, ‘You’re a star, like, this is awesome.’ He was just very encouraging,” said Rizg.

She said one of her favourite memories was after Stay won a rap battle in the U.K.

“I said, ‘Pat, don’t laugh but I prayed for you.’ He was like, ‘Why would I laugh at that?’ and I was like, ‘Well, you probably don’t hear that a lot when it comes to rap battles,'” she said.

“But he just said, ‘I really appreciate that Verena, thank you, you’re special.’ When someone else may have laughed at that comment … he was just really caring and respectful of everyone from all different walks of life even if he didn’t understand their walks of life.”

Tremaine Emmerson, aka Critical aka Critty, was the first person to ever battle Pat Stay in Nova Scotia. After that initial battle, he told CBC’s Information Morning the two became friends.

Of that first battle, Emmerson said Pat “was a problem.”

“He was the [greatest of all time] right out of the gates, like I didn’t even know what I was getting myself into … he was the man,” Emmerson said. “He whooped me clearly, like three rounds to zero. It was crazy how good he was.”

What set Stay apart, Emmerson said, was his cleverness.

The CBC’s David Thurton introduces us to Pat Stay, a Nova Scotia battle rapper who is competing internationally.