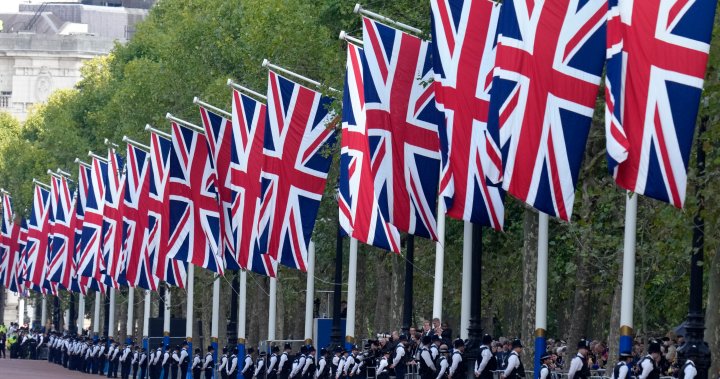 The list of which Canadian officials will be attending the funeral of Queen Elizabeth II in London, U.K., on Monday is now clear.

On Thursday, the Prime Minister’s Office released the full delegation that will make the trip across the pond for the official commemoration ceremonies, which will take place in Westminster Abbey.

Trudeau and his wife, Sophie Grégoire Trudeau, will attend and be accompanied by Gov. Gen. Mary Simon and her husband, Whit Fraser, along with former governors general Michaëlle Jean and David Johnston.

In addition, former prime ministers Kim Campbell, Jean Chrétien, Paul Martin, and Stephen Harper will be part of the delegation.

Janice Charette, who is Clerk of the Privy Council and secretary to the cabinet as well as Canada’s former high commissioner to the U.K., will also be joined by current High Commissioner Ralph Goodale.

There will be members from the RCMP and from regiments of the Canadian military joining uniformed personnel from other Commonwealth countries in the service, who have already travelled to the U.K.

As part of the service, there will be a procession of recipients of national honours, which for the Canadian delegation will include Order of Canada recipients actor Sandra Oh, former Olympian Mark Tewksbury, and Quebec performing artist Gregory Charles.

Cross of Valour recipient Leslie Arthur Palmer will also attend and participate in the procession.

A number of Canadian figures including former prime ministers Brian Mulroney and Joe Clark will not travel but will take part in the national commemorative ceremony taking place on Monday.