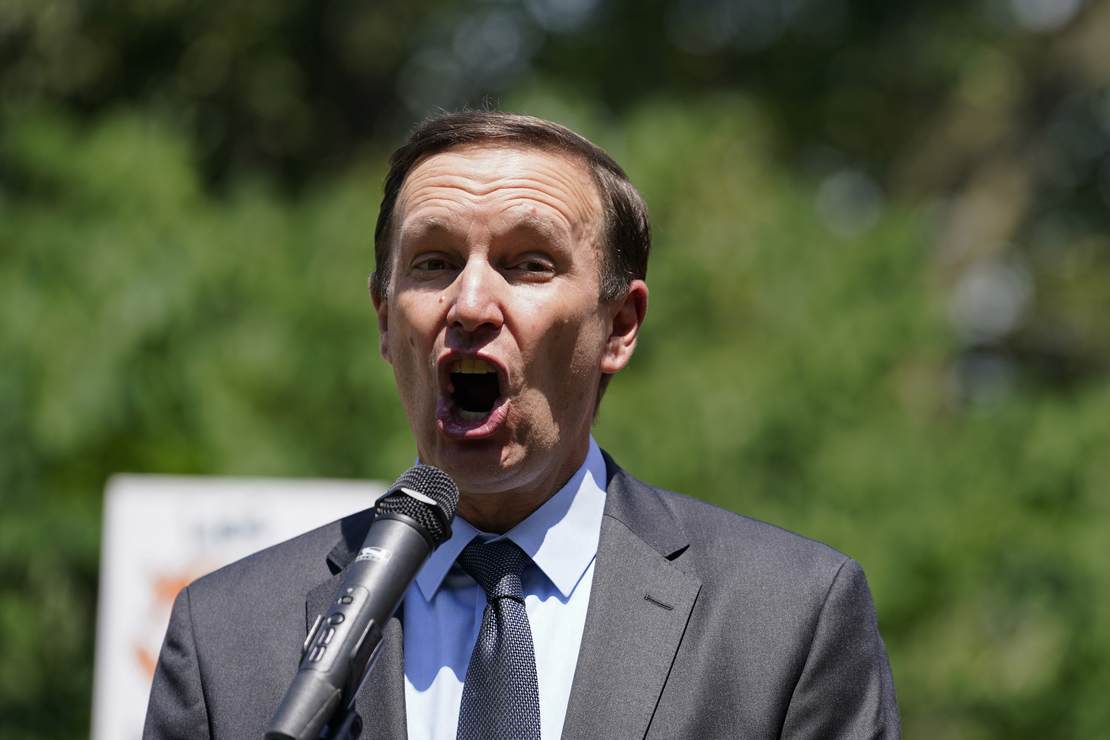 In terms of opening his mouth and inserting his foot, Sen. Chris Murphy (D-Conn.) has distinguished himself from his Democratic Congressional colleagues in a multitude of ways, most notably by displaying an uncanny Eric Swalwell-like tendency to type before he thinks on the Twitter machine, and in the process removing all doubt as to the highly questionable levels of his intelligence.

We’ve documented numerous instances here, including a sickening tweet he posted in July declaring after the Uvalde mass shooting police response video was released that it supposedly proved that the “good guy with a gun” scenario “was a gun industry created lie, designed to sell more guns.” Murphy, of course, did not revisit his claim after the “good guy with a gun” scenario indeed played out in both Greenwood, Indiana and Missouri barely a week later.

In any event, on Thursday Murphy once again did his thing by proclaiming in response to reports about the attempted breach of the FBI’s Cincinnati office and the subsequent six-hour standoff where a shootout occurred and the alleged perpetrator was killed that “The overheated rhetoric of Trump, his supporters, and Republican leaders is threatening the lives of law enforcement.”

The overheated rhetoric of Trump, his supporters, and Republican leaders is threatening the lives of law enforcement. https://t.co/LLerdTYabD

While it’s not a surprise whatsoever to see a Democrat “never let a crisis go to waste” even in a situation like this one where the investigation is just getting started and possible motives are not yet known, conservatives who are beyond fed up with the constant lazy stereotyping they inevitably see from leftists after incidents like the one in Cincinnati took Murphy to school big time and provided him with a few inconvenient reminders:

The Democrat nominee for Vice President raised money to bail out rioters burning down police stations. These people are phony pieces of garbage.

“Overheated rhetoric”?! Both you and your Majority Leader can take all the seats. https://t.co/0cQl8SvG4F pic.twitter.com/2MTzzcdLJe

Supporters of your party opened fire at a baseball practice & nearly killed @SteveScalise.

Supporters of your party tried to assassinate a Supreme Court Justice.

I’m old enough to remember when Steve Scalise was shot. When Rand Paul was physically attacked. When mobs of Dem voters surrounded and threatened Trump supporters at campaign events; conservative speakers on campuses; & ordinary citizens during the 2020 riots. Smfh
😡😡😡 https://t.co/jR6xM7li52

Perhaps most importantly, this compilation of video clips of powerful Democrats including House Speaker Nancy Pelosi and House Financial Committee Chair Maxine Waters behaving very badly and urging confrontations and “uprisings” in the streets was shared in the comments:

Going back even further than all that, I remember the sniper-style ambush and murders of four Dallas police officers and one transit officer by a deranged supporter of the Black Lives Matter movement who admitted he had been inspired by their anti-police rhetoric though he claimed to have acted alone.

Astonishingly, then-President Barack Obama suggested the motives of the shooter, who police said had expressed the desire to kill white officers and who also had expressed interest in black nationalist groups like the Black Panthers, were “hard to untangle.”

And that, in a nutshell, explains how these things are “supposed” to work according to Democrats. We’re not supposed to prematurely speculate on the possible political motives of what appear to be left-leaning perps, but it’s perfectly okay to do it in other situations where Democrats do the “six degrees of Kevin Bacon” thing.

It’s tiresome, but it’s who they are. Never hesitate to call them out on, it though, because they hate to be reminded of the incendiary rhetoric that frequently emanates from their side of the aisle, like the kind we saw from Sen. Elizabeth Warren and Rep. Alexandria Ocasio-Cortez among others in the immediate aftermath of SCOTUS overturning Roe v. Wade.