How podcasts have become misinformation machines — and what can be done about it – National | Globalnews.ca 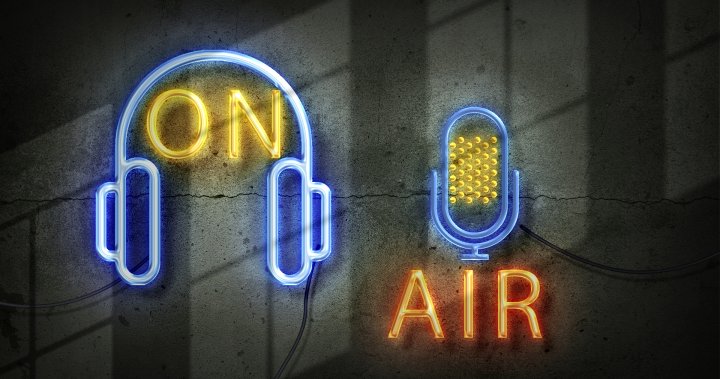 There seems to be a podcast for every interest — from true crime, to fashion, to sports.

But as podcasts have exploded in popularity, some are becoming machines for spreading misinformation, experts in the subject warn.

“The proliferation of a bunch of these podcasts touting everything from COVID-19 misinformation to pro-Russian propaganda to just general sort of far-right agitation, it’s exploded in recent years,” said Justin Ling, a freelance investigative journalist who covers disinformation and extremism.

Podcasts present a number of difficulties for fact-checkers and moderators, disinformation researchers say, while also providing a low barrier of entry for those hoping to use the format to skyrocket to celebrity status.

And it’s a problem that’s here to stay, according to Ling.

A recent example of misinformation in a podcast is around the 2012 Sandy Hook Elementary School massacre where 20 children and six educators were killed.

As families buried their children, Alex Jones, conspiracy theorist and host of the show Infowars, told his listeners the tragedy was a hoax.

During the August defamation trial resulting from his false claims, it was revealed that Infowars brought in more than US$64 million last year, and at one point, Jones was paying himself roughly $6 million a year.

“These people are gaining and profiting millions of dollars for the kind of junk they spread all over the place,” said Ahmed Al-Rawi, who runs the Disinformation Project at Simon Fraser University.

Jones isn’t the first to gain off of misinformation.

The first to successfully harness anger, conspiracy and misinformation for the sake of power and profit were AM radio hosts in the 20th century, according to Ling.

In the 1990s, William Cooper took to the radio airwaves every night. One of his avid listeners was a young man named Timothy McVeigh — the man who eventually committed the Oklahoma City bombing.

Cooper was known for his anti-establishment, pro-militia views and would tell his listeners to be ready to “fight a war,” The Guardian reported at the time.

Another fan of Cooper’s, according to multiple reports, was Jones. In fact, Jones took to the airwaves and did an interview with Cooper in 1998, where they discussed issues like the “New World Order” and America’s need to “wake up” and “take up arms.”

Disinformation researchers say others have picked up the blueprint Cooper helped craft and Jones helped to perfect. Whether they’re speaking to an audience of hundreds or millions, a number of podcasters have turned to the platforms to inflame anger and spread false narratives, according to Al-Rawi.

“There is less … moderation from the platforms so they feel more empowered, more liberated to say whatever they want,” Ahmed Al-Rawi said.

Other examples include popular podcaster Ben Shapiro, who has said those who are transgender are suffering from a “psychological disorder.” Joe Rogan, whose podcast is ranked first in Canada by Spotify’s charts — based on recent unique listeners and follower counts — has come under fire more than once for spreading misinformation about COVID-19 on his show.

Jordan Peterson, a Canadian psychologist and podcaster, has called into question the validity of climate science, spurring condemnation from scientists.

The misinformation podcast model is widespread, Ling said, and it risks causing damage.

“It has the real potential to continue destroying the fabric of not just American democracy but of democracy elsewhere,” Ling said.

“There’s really no end to how powerful radio can be.”

One of the main draws of podcasting is the low barrier to entry — all you need is a microphone and some basic editing software, Ling said.

The result? Your message can go right to the listener’s ears, with no gatekeepers.

“It feels like somebody leaning over the counter of the bar, or coming to your cubicle in the office, or sitting across your kitchen table and explaining something to you,” Ling said.

That’s part of the appeal of podcasts for listeners who feel disenfranchised from mainstream news and media.

“There has been a clamouring in recent years for a totally independent and isolated and bubble-wrapped media ecosystem on the right — and they’ve created it,” Ling said.

“They’ve created it thanks to a ton of money from some investors and ideologues, but also because there’s been just an outpouring of enthusiasm.”

While left-wing podcasts exist, such as the Young Turks, the world of radio has traditionally been dominated by right-wing broadcasts, Ling added.

“There are so many loopholes,” said Carmen Celestini, a lecturer at the University of Waterloo who used to work with Al-Rawi’s Disinformation Project.

“You can just seep back into the platform so easily and find who you want to find.”

Many podcasters and livestreamers will post links to their broadcasts across various social media platforms, Al-Rawi said. But because the actual content — and the misinformation — is hosted on another platform, social media giants will find it difficult to moderate.

This means the content remains active, according to Al-Rawi.

“They remain popular on different platforms. And that’s probably what makes it appealing,” he said.

Podcasts are also becoming increasingly popular because of shifting habits for media consumption, according to Ling.

“People listen to it when they’re walking their dog, or driving to work, or before they go to bed, or while they’re doing dishes,” Ling said.

“You can bring it with you everywhere in a way that wasn’t always super possible with radio, and it’s certainly not possible for TV.”

What can be done to stop the spread of misinformation?

It is difficult to regulate misinformation, according to Al-Rawi.

“I believe it’s impossible — there is no way you can regulate fake news or disinformation,” he said.

Instead, people need to develop their own critical thinking skills when it comes to the media they consume.

In a peer-reviewed article Al-Rawi co-authored, he analyzed a sample of the top 400 articles from the outlets Global Research and Rebel News that were shared on Twitter and Facebook.

“Findings show that 71 per cent of the top news stories examined contained either some falsehood, misleading, and/or doubtful information, with Global Research being more active in disseminating ‘fake news’ than Rebel News,” according to the study.

Another step you can take when you spot misinformation online is to report it to the social media platform you see it on, according to Celestini.

“There is a lot of disinformation that could harm individuals. So it behooves us to actually engage in that reporting process,” she said.

This practice can help close the loopholes that allow misinformation to proliferate online — even if it’s been banned on a specific social media platform, Celestini explained.

Listeners also have to make sure they’re not underestimating the problem.

“We spent way too long ignoring Alex Jones. We treated him as an oddity, a freak show, as opposed to what he actually was, which was increasingly the voice for a ton of people who feel that they no longer see themselves in society,” Ling said.

Engaging with these podcasters and livestreams can be “difficult” and “thorny,” he added, “but it has to be done.”

“Challenge their ideas as is necessary, and call them out, in some cases, for being what they are — which in many cases is these charlatans who are doing this to make a buck or, in other cases, dangerous ideologues who need to be called out.”

At the end of the day, the misinformation genie can’t be put back in the bottle, Ling said, so Canadians need to face it head-on.

“This is happening. You can’t regulate this away. You can’t tamp this down,” he said.

“This is the consequence when people have totally not just lost faith in the media apparatus, but have become openly hostile to it.”

— with files from The Associated Press