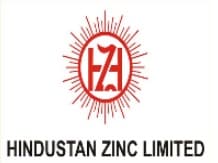 The Vedanta group firm Hindustan Zinc (HZL), which is the world’s second-largest manufacturer of the metal, is planning to invest over USD 1 billion (around Rs 8,270 crore) to convert its diesel-fired mining vehicles into battery-operated ones and also to fully turn a green energy user, over the next five years.


The Udaipur-based company, which is also the sole manufacturer of silver and the largest maker of zinc and lead in the country, is already running four of its 900 mining vehicles on battery on a pilot basis.


The company with an annual production of 1 million tonne zinc, up from 1 lakh tonne when it was privatized by the government in 2002, also expects stable demand in the March quarter despite the growing fears of a global recession, its chief executive Arun Misra told PTI over the weekend.


The government still owns 29 per cent in the cash-rich HZL and has three board members as well. On this, Misra said he recently met the government officials in New Delhi and the full divestment may happen soon but no time line has been finalized yet.


“We’ve set a target of converting all our diesel-run 900-odd mining vehicles into battery operated ones over the next five years. This will involve an investment of over USD 1 billion. We have made a beginning with the introduction of four battery-operated vehicles now,” Misra said, adding the project is part of their plans to turn net carbon neutral by 2050.


He said there is no separate fund being earmarked for this conversion as they’ve an annual sustenance capex of around USD 300 million and this will also be part of that capex only.


Elaborating on their commitment to be net-carbon zero by 2050, he said the company has signed a power purchase agreement for sourcing up to 200 mw renewable energy, which will avoid 1.2 million tonne of carbon emission.


Currently, it has 475-mw captive thermal plant at the main smelter unit at Chanderiya and has over 275 mw of wind and 40 mw of solar. As part of decarbonising operations, Misra said the company has signed a 25-year power purchase agreement with Serentica for 200 mw, which will reduce thermal power intake proportionately.


He further said the company has another capex plan of Rs 2,500 crore to set up a 0.5 million tonne fertilizer plant (DAP) near the Chanderia smelter unit in Rajasthan to make better use of its huge sulfuric acid production which is a by-product of zinc smeltering.


The work has already started for this and should be commissioned in H2FY24, he added.


Misra is optimistic about the next quarter when it comes to demand and production, despite the growing talks about the large economies slipping into a recession soon. Accordingly, he expects stable demand in the March quarter.


Misra expects the US economy driving demand in a big way given the massive infra push the Biden administration is driving, which will lead to high steel demand.


While Europe will be sluggish, he sees emerging economies continuing their capex which will also sustain demand. It can be noted that normally steel demand follows GDP growth at similar rates and zinc demand is a third of the steel demand growth.


Commenting on the performance so far, Misra said, with the past 12 months’ run-rate for both mined and refined metal comfortably sustaining above 1 million tonne, HZL is fully geared to deliver another stellar performance this year.


HZL operates eight mines across five districts of Rajasthan’s Aravali Ranges, which include the Zawar group of mines (four of them; it here zinc was found almost 2,500 years ago) in Udaipur, the Sindesar Khurd & Rajpura Dariba mines in Rajsamand district, the Rampura Agucha mine in Bhilwara district and the Kayad mine in Ajmer.


The country’s only integrated producer of zinc, lead and silver, also runs two smelter units– the Chanderiya Lead-Zinc smelter, 110 km off Udaipur with a metal production capacity of 6,43,000 tonne per annum, including 5,58,000 tonne of zinc and 85,000 tonne of lead.


It also has annual silver, which is a residual product of zinc making, production of 700 tonne at its plant in Pantnagar in Uttarakhand. HZL is the only silver-miner in the country but the domestic demand is over 70000 tonne per annum of which 70 per cent is for jewellery only and the rest is for industrial uses, he said.


HZL sells 60 per cent of its 1 million tonne production in the domestic market and exports the rest. Despite overcapacity, 20 per cent of domestic zinc demand is met through imports from Korea and Japan, which the company wants the government to revisit especially on the duty-free part.


With over 1 million tonne capacity Teck Resources of Canada and Newman Base Metals of Australia are the world’s largest producers of zinc. PTI BEN

(The reporter was in Udaipur at the invitation of the company.