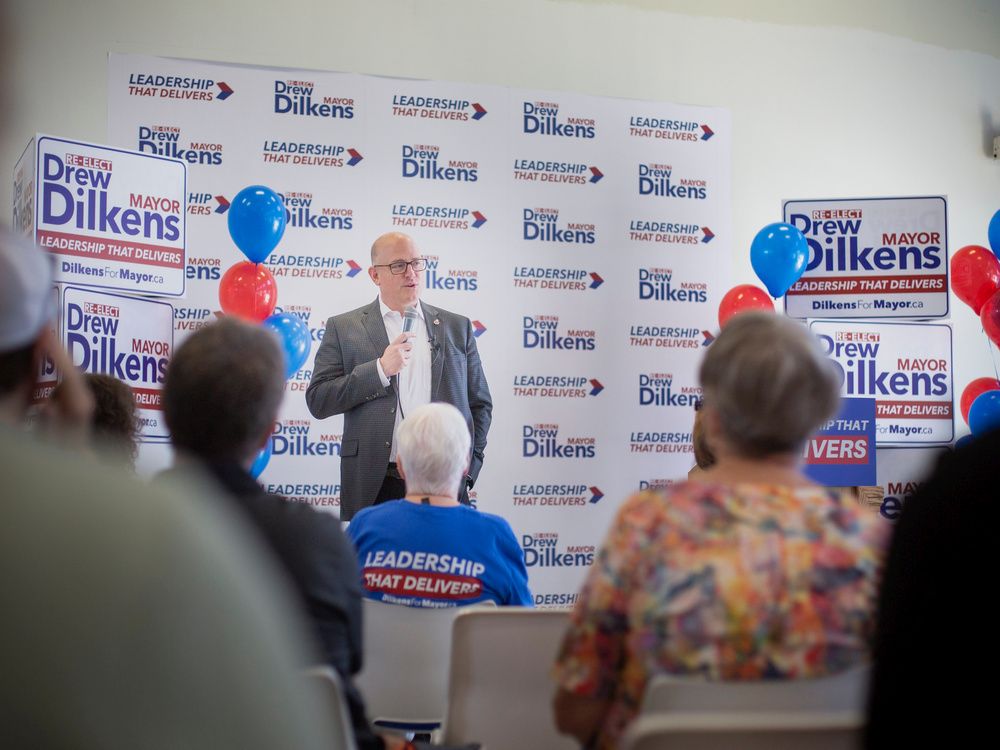 Joined by an audience of roughly 100 supporters at office space on Dougall Avenue just north of Walmart, Dilkens said the city is on the right track and will continue “down that path of success” under his leadership.

“You’ve known me for eight years as your mayor. You know what you get from me,” he said. “You know that I will continue to push for investments to build our community, to make this community stronger.

“As we build our community up together, you also know that I have an eye on the bottom line. It is not reckless and risky spending. It is practical, it is pragmatic, it is smart, strategic investments that are going to make a difference for the future of this community.”

He told reporters that getting the hospital project “over the finish line” was “No. 1” on his list. However, he said being mayor is about “finding a balance” and tackling each “very important issue.”

“With me, you get leadership that delivers and we will continue to deliver for the city’s future, making sure that the investments we make are smart, that they are strategic, that they are bold, and capitalizing on the position of our city today, which is unlike any time in recent history.”

With site preparation well underway for the $5-billion NextStar Energy Inc. electric vehicle battery plant and thousands of direct and spin-off jobs brewing, “there is no doubt that Windsor is at an inflection point,” he said.

“We have all collectively lived through peaks and valleys in this community. But what we have in front of us now is a peak that is the size of Mount Everest. It gives us the opportunity to be bold, to make sure we’re investing in the future of our community and our region — but it allows us to be bold without being risky.”

Dilkens was first elected as Ward 1 councillor in 2006. He held that seat until being elected mayor in 2014.

Dilkens announced his candidacy on Aug. 12, one week before the deadline to file nomination papers.