Inside the biggest change Netflix made to ‘Matilda the Musical’ 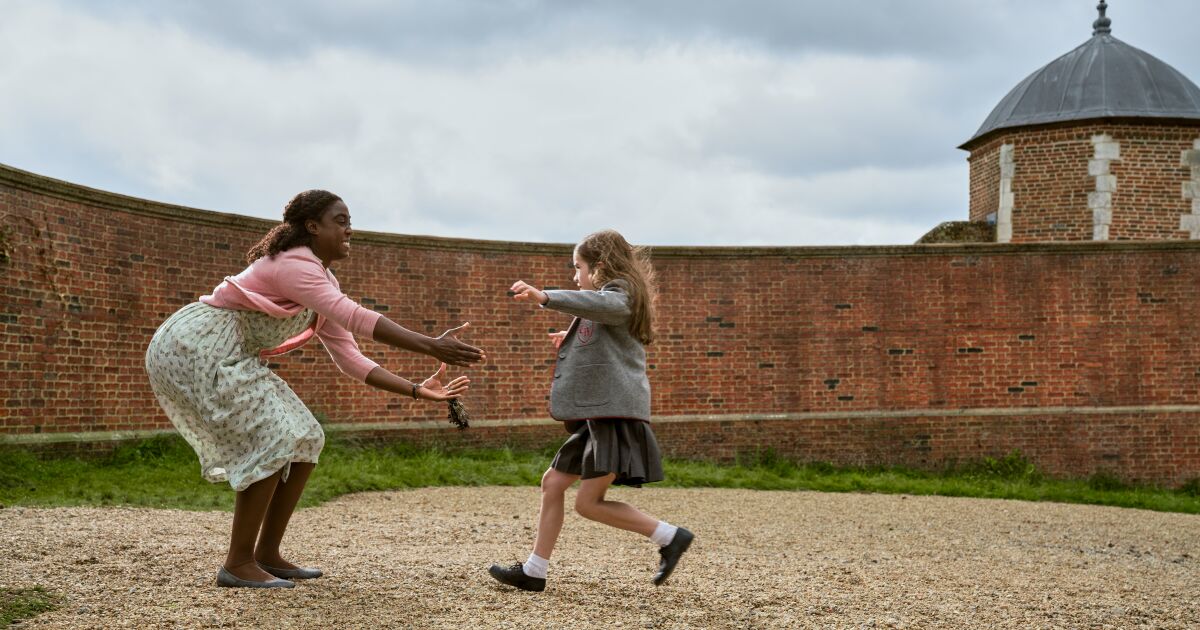 The following contains spoilers from the movie “Roald Dahl’s Matilda the Musical,” now streaming on Netflix.

The final four minutes of “Roald Dahl’s Matilda the Musical” are, in a way, both a new ending and a new beginning. The villainous Miss Trunchbull is no longer the school headmistress; the dim-witted Wormwoods are no longer Matilda’s parents.

Instead, Matilda (Alisha Weir) and Miss Honey (Lashana Lynch) agree to look after each other and join for a moving mid-tempo duet, written specifically for the Netflix adaptation of the hit stage show. The song — which didn’t even exist until after filming began — and accompanying montage bring to the screen a dream the creative team could not realize onstage.

The stage musical closes with a broad, comedic section, and “ends with two people holding hands and then a cartwheel, which is a beautiful, simple gesture, but you don’t get to see past the moment where they come together,” said Dennis Kelly, writer of both the stage and screen versions. “We did try and end the film in different ways, but what this moment needed was a song, a joyful release for this little family created by these two people.”

Titled “Still Holding My Hand,” the new song has Matilda and Miss Honey singing about how each thought their unfortunate fates were sealed but, instead, they’re delighted to discover they’ve been there for each other all along. “One day I opened my eyes and looked up to find that the sky had turned blindingly blue,” they sing in unison, Miss Honey with happy tears forming in her eyes. “And right by my side there was you, quietly taking a stand and you are holding my hand.”

The creative team opted to include a new song while cutting other stage show favorites, like the Wormwoods’ “Loud” and “Telly,” which were shot for the movie but left out. Still, it’s deeply rooted in the musical’s DNA: It connects the themes of autonomy and self-actualization of “Naughty” with the message of the reflective ballad “Quiet,” both of which are performed by Matilda earlier in the movie, and counters the film’s sorrowful motif of being unable to save someone by holding onto their hand.

“It’s this idea that they both want to change the endings of their stories, but couldn’t do it alone,” said composer-lyricist Tim Minchin. “Oftentimes, you don’t need someone to fix everything for you. What you need is someone standing by your side. Just holding your hand and not letting go, no matter what — it seems like a small thing, but at the same time, it’s huge.”

“Still Holding My Hand” plays while the two approach their new home, the same house Miss Trunchbull once stole from Miss Honey. Though the teacher is initially hesitant to enter, Matilda bravely holds out her hand, and they’re soon seen decorating their shared safe space. (As a nod to the stage show, Matilda even launches into a few cartwheels in their yard.)

Filming these glimpses of their new normal was particularly fun for Lynch. “It was such a lovely day because, honestly, Alisha and I were just hanging out, painting and laughing and talking about our favorite foods,” she recalled. “The camera really did catch all these honest moments because I really did feel like I was Miss Honey, spending hours getting to know a friend.”

Viewers then see what’s become of Crunchem Hall — or, as it’s renamed, the Big Friendly School, now run by Miss Honey and filled with color, light, bubbles and crafts. Reframing the place Trunchbull ran like a prison as a hub of creativity, where children run through the halls full of wonder instead of fear, has been a wish of the creative team since they premiered the stage show, which concisely states, “And it was often said that it was the best school in all the land.”

“That line in the show always makes me cry,” said Matthew Warchus, director of “Matilda” onstage and onscreen. “Of course, we couldn’t show all of that onstage. I knew the film was an opportunity to replace that line with visuals, and show these kids utterly transformed. I find it very emotional when the headmistress’ door opens, and Trunchbull’s office is now an absolute world of delight and creativity.”

The vibrant montage was initially intended to have students playing on a giant water slide that led down to an oversize swimming pool, “but that was going to need a lot of CGI,” said Warchus. Instead, the movie booked two traveling fair companies, which outfitted the schoolyard with vintage carnival rides, oversize slides, games and candy stands for two days — both of which were surprisingly sunny, despite mostly gray and rainy weather during the rest of production.

“It was near the end of the 120-day shoot, so by then, everybody was completely exhausted, and this became a real treat for everyone,” said Warchus. “The crew had half an hour to spare after setting up and before all the kids arrived, so we got to ride all the rides. It was like throwing a switch: Everybody turns into a child. Then the kids turned up and we worked hard to get everything we needed in-camera.”

The scene even includes a giraffe, whom the students are feeding from an upper-level window of the school. “At first, it made absolutely no sense that there was a giraffe in there, so Matthew justified it by CGI-ing a tiny, tiny sign on the grass next to Trunchbull’s statue that says, ‘No giraffes,’” said Kelly with a laugh. “If you go back and check, you’ll see it’s there for the whole film. It’s so funny. I love it.”