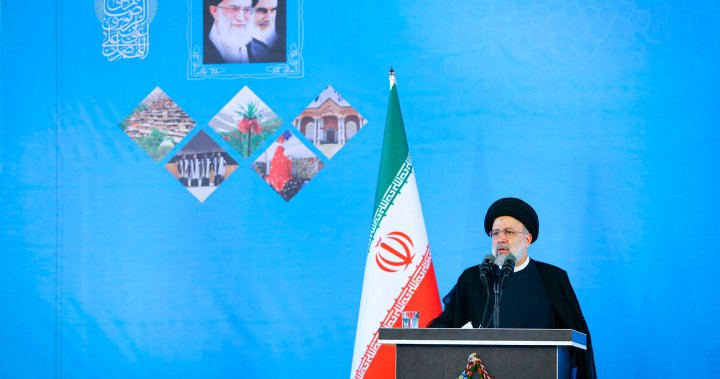 Iran accused the United States on Monday of procrastinating in efforts to revive Tehran’s 2015 nuclear deal – a charge denied by Washington, which said a deal was closer than two weeks ago because of apparent Iranian flexibility.

After 16 months of fitful, indirect American-Iranian talks, with European Union officials shuttling between the sides, a senior EU official said on Aug. 8 it had laid down a final offer and expected a response within a “very, very few weeks.”

Iran last week responded to the EU’s text with “additional views and considerations” while calling on the United States to show flexibility to resolve three remaining issues.

Josep Borrell, the EU’s foreign policy chief, said on Monday he hoped the United States would respond positively as early as this week to the bloc’s proposal, adding that Iran had given a “reasonable” response.

“The Americans are procrastinating and there is inaction from the European sides. … America and Europe need an agreement more than Iran,” Iran’s Foreign Ministry spokesperson, Nasser Kanaani, told a news conference.

U.S. State Department spokesman Ned Price denied that, telling reporters in Washington: “The notion that we have delayed this negotiation in any way is just not true.”

0:51
Iran ‘will not back off a single step’ after UN nuclear watchdog resolution: Raisi

Iran ‘will not back off a single step’ after UN nuclear watchdog resolution: Raisi – Jun 10, 2022

Price said the United States was encouraged that Iran seemed to have dropped demands such as the removal of its Islamic Revolutionary Guard Corps from the U.S. foreign terrorist organization list.

“That’s part of the reason why a deal is closer now than it was two weeks ago. But the outcome of these ongoing discussions still remains uncertain as gaps do remain,” Price said, adding the United States was working as quickly as possible to provide its response.

The United States has called on Tehran to release Iranian-Americans held in Iran on security charges. Iran has demanded that several Iranians detained on charges linked to U.S. sanctions be freed.

“The exchange of prisoners with Washington is a separate issue and it has nothing to do with the process of negotiations to revive the 2015 pact,” Kanaani said, saying Tehran was ready to swap prisoners.

In 2018, then-U.S. President Donald Trump reneged on the deal reached before he took office, calling it too soft on Iran, and reimposed harsh U.S. sanctions, prompting Tehran to begin breaching the pact’s nuclear curbs.

“We seek a good agreement which would … be long-lasting,” Kanaani said. “We won’t be bitten twice.”

The 2015 agreement appeared near revival in March after 11 months of indirect U.S.-Iran talks in Vienna. But talks then broke down over obstacles such as Iran’s demand that the United States provide guarantees that no future American president would abandon the deal. U.S. President Joe Biden cannot provide such ironclad assurances because the deal is a political understanding rather than a legally binding treaty.

In Jerusalem, Israeli Prime Minister Yair Lapid told French President Emmanuel Macron by telephone that Israel objected to a revived pact and would not be bound by it should one reached. Israel, widely believed to possess its own nuclear arsenal, has made veiled threats to take preemptive military action against Iran if diplomacy fails.

(Additional reporting by Christina Thykjaer and Inti Landauro in Madrid and by Simon Lewis, Humeyra Pamuk and Costas Pitas in Washington;Writing by Parisa Hafezi and Arshad Mohammed. Editing by Toby Chopra, Will Dunham, Angus MacSwan and Catherine Evans)