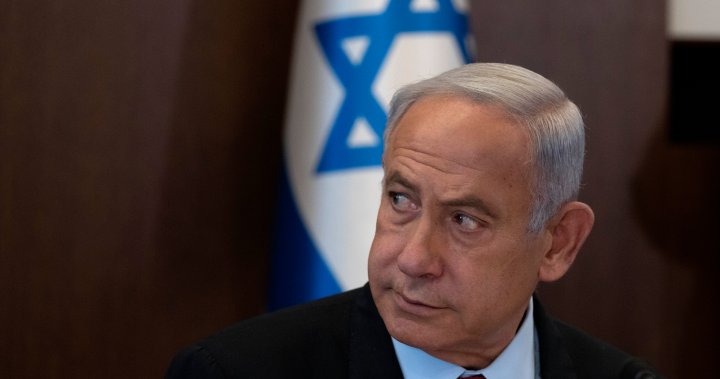 Israel‘s ambassador to Canada says he intends to leave his post early after a change in government back at home as protests mount in Tel Aviv over controversial new policies.

Ronen Hoffman said on Twitter late Saturday that he is making the move due to a change in direction under the new government.

“With the transition to the new government and to different policy in Israel, my personal and professional integrity has compelled me to request to shorten my post and return to Israel this summer,” the envoy said in a tweet.

“I will continue serving the State of Israel here in Canada with the same passion and pleasure until a replacement is appointed later this year.”

Hoffman, who was appointed to the role just over a year ago, did not elaborate on what he meant by “different policy.” A spokesman for the Israeli embassy in Ottawa said on Sunday that he had no further information to add.

His decision comes after Yael German, Israel’s ambassador to France, announced in late December that she was resigning in protest of the incoming administration led by Prime Minister Benjamin Netanyahu, who has returned to power with a governing coalition described as the farthest to the right in the nation’s history.


Shimon Fogel, the CEO of the Centre for Israel and Jewish Affairs, called Hoffman an “outstanding individual” who is ultimately unable to reconcile his personal views with those advanced by the government he’s supposed to represent.

“He comes from a different political tradition and he would be consistent with those who express concern about the direction that the government’s going in,” Fogel said.

He added that Hoffman’s was a political appointment by a previous government of a different stripe, and that it is not unusual for such envoys to resign following national elections. That’s typically what happens with United States ambassadors to Canada, too, he said.

Tensions are rising again between Israel and Palestine. Will violence increase?

“The fact that he’s staying until the end of the summer, however, indicates that there is some level of mutual respect,” Fogel said. “That’s an indication that there isn’t a level of acrimony that characterizes this decision.”

Joe Roberts, who chairs the board of JSpaceCanada, said that Hoffman’s statement was “diplomatic but clear.”

“I think given the deepening and more and more complex relationship between Israel and Canada, this is significant,” said Roberts, whose organization describes itself as a Canadian voice for progressive Jewish values and Israeli-Palestinian peace.

“I think that this should be a clear message to the Canadian Jewish community that if someone who is serving as Israel’s ambassador is willing to step down and say that this goes against their integrity, then that means that as Jews, with our relationship to the state of Israel, it’s time for us to speak up as well.”

Roberts said he is calling on the Canadian government to commit to not pursuing official relationships with the most “extreme elements” of the governing coalition.

Asked about whether Ottawa should make such a commitment, Fogel said that Canada’s relationship is with Israel and not the particular government, and that besides, the members of the coalition that “people have expressed most concern about” wouldn’t naturally fall into the bilateral dynamic with Canada.


“So it’s a bit of a moot point. But you know, we don’t get to choose who our interlocutors from another democracy are,” he said, again pointing south of the border.

Tens of thousands of Israelis gathered in Tel Aviv on Saturday night to protest plans by Netanyahu’s new government to overhaul the judicial system, measures that opponents say imperil the country’s democratic foundation.

Israeli media, citing police, said some 100,000 people were out protesting.

The protest followed another demonstration last week that also drew tens of thousands in an early challenge to Netanyahu and his ultranationalist and ultra-Orthodox coalition government.

The government says a power imbalance has given judges and government legal advisers too much sway over lawmaking and governance. Netanyahu has pledged to press on with the changes despite the opposition.

In addition to the protests, the new government has faced mounting pressure after the country’s attorney general asked Netanyahu to fire a key cabinet ally, following a Supreme Court ruling that disqualified him from holding a government post because of a conviction of tax offences.

Netanyahu, who himself remains on trial for corruption, fired the minister on Sunday in a move expected to deepen the rift over the power of the courts.

— With files from The Associated Press.