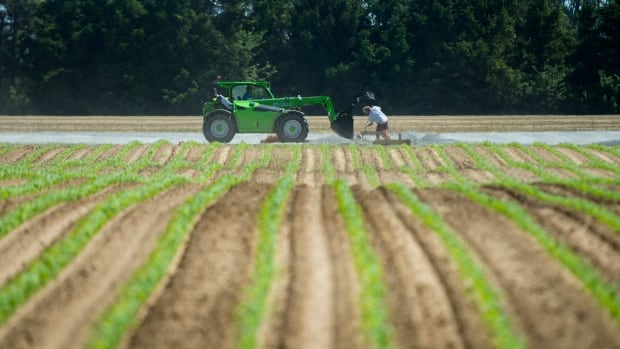 Jamaican migrant farm workers in Niagara Region wrote an open letter to Jamaica’s Ministry of Labour requesting more support in the face of what they call “systematic slavery,” days before a migrant worker died in Norfolk County.

Garvin Yapp, 57, of St. James, Jamaica, was killed on Sunday in an accident with a tobacco harvester at Berlo’s Best Farm in Norfolk County, two hours southwest of Toronto.

The province has confirmed his death. The Van Berlo family, who runs Berlo’s Best, said they were devastated by Yapp’s death, adding “they did not lose an employee, but they lost a person they considered a member of their family,” the family’s lawyer Bernard Cummins told CBC Toronto.

In a statement on Tuesday, the Jamaican Ministry of Labour expressed “deep sadness” and said Jamaican Labour Minister Karl Samuda will be visiting and touring farms in Canada employing Jamaican workers under the Seasonal Agricultural Worker Program (SAWP) this week.

The Canadian government, meanwhile, said in a statement it “expresses its deepest condolences” to Yapp’s family, friends and co-workers, and added that the investigation into the death is a provincial matter.

In its own statement, the Ontario Ministry of Labour, whom it falls on to investigate the matter, said the investigation is ongoing.

Two other Jamaican workers and a Mexican worker have died this week as well, according to Migrant Workers Alliance for Change (MWAC).

“As it currently stands, the Seasonal Agricultural Workers Program (SAWP) is systematic slavery,” the workers wrote in their open letter.

The letter was sent to the Jamaican Observer, where excerpts of it were published on Monday. The workers said they sent the letter to Samuda on Aug. 11.

“Jamaicans have been coming for generations, our fellow Caribbean and Mexican coworkers have too, and there have been no significant changes since the program started,” the workers said.

Workers wrote they were scared of sharing their grievances with Samuda directly for fear of being kicked out of the SAWP. They also said that workers from Mexico and the Philippines share the same grievances.

Workers described housing conditions as so poor that rats eat their food. They live in crowded rooms with zero privacy with cameras, and lack dryers to dry their clothes after it rains, they wrote.

“It feels like we are in prison,” the letter reads.

On working conditions, workers wrote they’re “treated like mules” and punished for not being quick enough. They said they’re exposed to dangerous pesticides without adequate protection, and their bosses are verbally abusive.

“They physically intimidate us, destroy our personal property, and threaten to send us home,” the letter reads.

“This is very much the reality of the migrant farm worker program in this country,” MWAC’s executive director Syed Hussan said. “Working in farms in Canada is a human rights disaster.”

Santiago Escobar, the national representative for the United Food and Commercial Workers Union, says this is a countrywide problem. The union has requested the federal government to make union representation a condition of the temporary foreign worker permits, as a result.

“With a union, these workers could exercise their labour and human rights,” Escobar said.

It also asks the provincial government to include agricultural workers in their labour laws and offer workers a flexible path to permanent residency.

“We need to give them representation, better work permits, and a path to residency,” Escobar said. “With these the workers will be able to overcome all the abuses they’re experiencing.”

“As long as we have a temporary immigration system, farm workers will be exploited,” he said. “Farm workers themselves are calling on a system for full and permanent immigration status for all.”

He says workers fear asserting their rights will lead to homelessness, loss of employment, and deportation. As it stands now, workers’ permits are tied to their employer, Hussan said.

Hussan says labour laws would help, but farm workers would be unable to assert their rights under those laws without full and permanent immigration status.

“This is an ongoing crisis that’s a direct result of federal immigration policy,” he said.