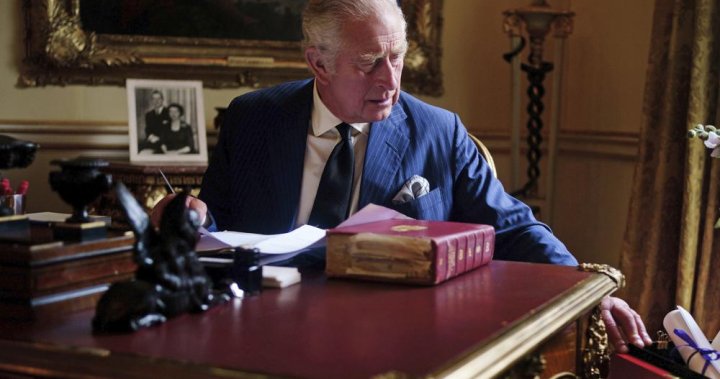 Now that King Charles III has taken the role of monarch following the death of Queen Elizabeth II, he will be crowned on May 6, 2023, in a ceremony at Westminster Abbey, according to the Buckingham Palace.

In a statement Tuesday, the palace said the coronation ceremony will see Charles crowned alongside his queen consort, Camilla.

The Coronation of His Majesty The King will take place on Saturday 6 May 2023 at Westminster Abbey.

The Ceremony will see His Majesty King Charles III crowned alongside The Queen Consort.

Charles, 73, became King immediately upon the death of his mother, Queen Elizabeth II, on Sept. 8.

He was officially proclaimed King Charles III on Sept. 10 during the accession ceremony at St. James’s Palace in London.

It was the first to be broadcast live on television and online.

King Charles III was also proclaimed Canada’s head of state at a ceremony held at Rideau Hall in Ottawa on Sept. 10. Prime Minister Justin Trudeau signed the order-in-council and the proclamation for the accession in the presence of Governor General Mary Simon.

The last formality to take place is the coronation.

Charles is the 41st monarch in a line that traces its origins to the Norman king, William the Conqueror, who captured the English throne in 1066.

— with files from The Associated Press and Global News