Lizzo Won Both an Emmy and the Night 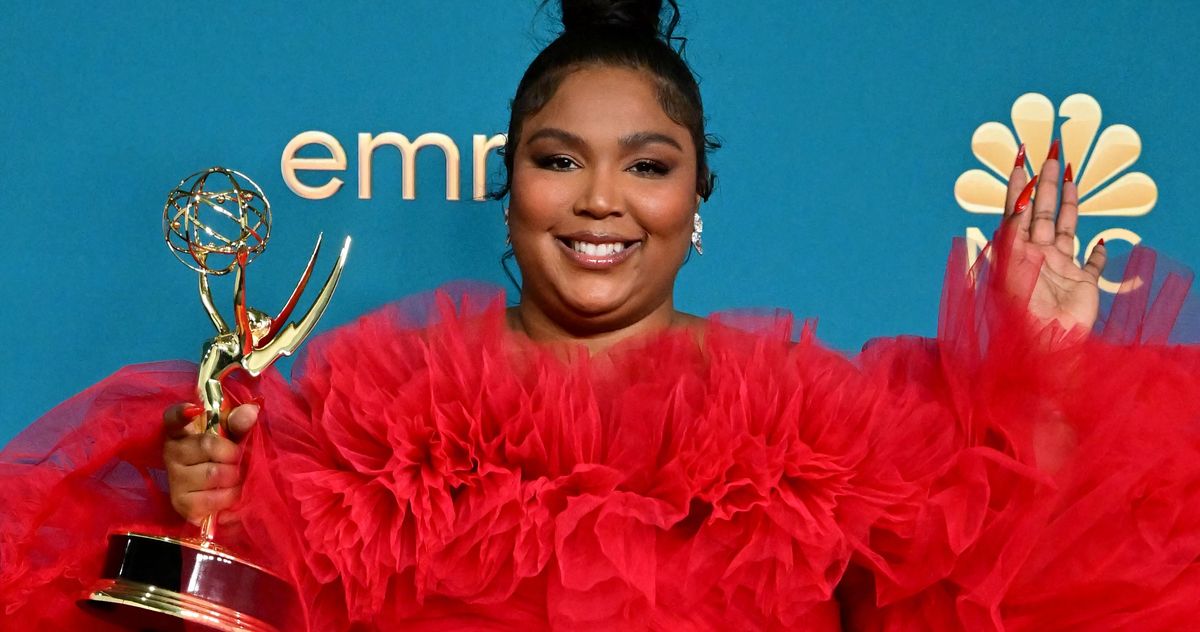 Grammy award and Emmy award winner (!!!) Lizzo had a fantastic time at last night’s awards show and wasn’t afraid to show it. I mean, if you’re invited to the Emmys and come home with three awards total, why not let your fans in on your special moment (she’s also a Virgo Moon and Leo rising A.K.A. she was born a winner and a star.) Her celebration started a week before yesterday; Lizzo’s Watch Out for the Big Grrrls had already won two Emmys for Outstanding Directing and Outstanding Picture Editing. On the night of, Lizzo entered the red carpet wearing a red Giambattista Valli dress, excited for the evening ahead.

As The Lord of the Rings: Rings of Power stars Ismael Cruz Córdova and Markella Kavenagh announced the “About Damn Time” singer as the winner of the Best Competition Program, she quickly burst into tears before being guided by her team to the stage. While most winners began their speeches by thanking those closest to them, Lizzo took it a step further and wanted every member of her show to celebrate with her on stage. “I need my big girls to come to the stage right now!” she screamed into the microphone as the crowd cheered. While they weren’t able to join her on stage, she did take a moment to acknowledge how important of a moment this was in her career. “When I was a little girl, all I wanted to see was me in the media – someone fat like me, Black like me, beautiful like me,” noted Lizzo. “If I could go back and tell little Lizzo something, I’d be like, ‘You’re going to see that person, but b***h, it’s going to have to be you.’”

This is for the BIG GRRRLS ✊🏾 pic.twitter.com/MjxGKcfsGG

The next day, Lizzo continued the celebration by posting selfies with her fellow winners Zendaya, Sheryl Lee Ralph, and Quinta Brunson, excited to relive the moment. Lizzo and Jennifer Coolidge showed off their awards in a video as well, quoting Legally Blonde and tweaking an iconic line to make it vegan. While Lizzo was able to get a selfie with pretty much everyone (even Lorne Michaels), she didn’t get a chance to meet Nicole Kidman, someone she’s been looking forward to seeing since her show was nominated. Maybe they’ll meet at an AMC theatre or possibly the Oscars, as the Special singer is already on the road to an EGOT.