Michael Keaton Wins His First Emmy for ‘Dopesick’, Calls Out His ‘Doubters’: ‘You Know What? We’re Cool’ 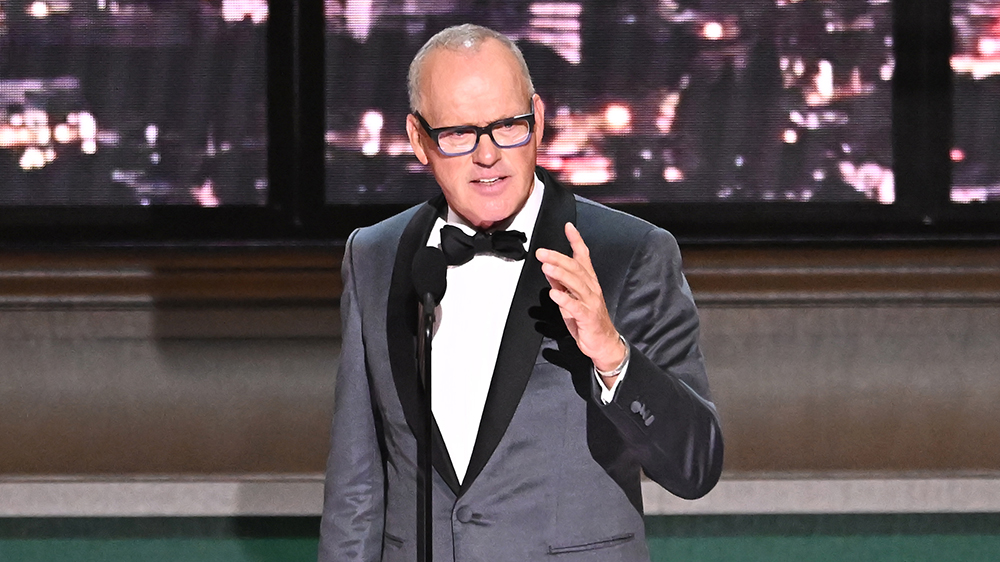 Michael Keaton has continued his winning streak, taking home the Emmy for lead actor in a limited or anthology series for his part in Hulu’s “Dopesick.” Keaton portrayed Dr. Samuel Finnix in the eight-episode drama about the rise and fall of the opioid crisis, also taking a closer look at Purdue Pharma, the company that promoted OxyContin.

The project, Keaton’s first television show, was a personal one for the actor, whose nephew died from a drug overdose.

“My folks weren’t exactly patrons of the arts,” he said in his acceptance speech. “We weren’t patrons of anything, frankly. But I want to thank them. I just want to thank all those people in my family for never making me feel foolish, because I went on to do that several times myself. That’s the thing about feeling foolish and making a fool of yourself and making mistakes, there’s huge power and merit in that. I’m glad I made a fool of myself over and over and over again.”

Keaton also called out his “doubters” over the years, saying, “Over the years we’ve all been through a lot of tough times. There have been some doubters. I’ve had some doubters. You know what? We’re cool. But I also had those people for all these years when times were rough who were the true believers.”

The actor previously spoke to Variety about taking on the role and telling the heart-wrenching story of “Dopesick.”

“This is so sad, but remember years ago when people started finally saying, ‘Well, we’re all affected by cancer because it touches everybody somehow somewhere.’ At first that sounds like an exaggerated statement. Then you realize, wait a minute, that is true. Well, it’s like that now with the opioid crisis,” he said. “And fentanyl is a whole other thing. I mean, that’s the horrible stepchild or something.”

Keaton also noted that he had to put his emotions behind him when taking on the challenging part.

“The overall thing — and this is cynical and sad commentary ­— I’m almost not shocked by anything. You can spend your entire life being angry, but it’s going to wear you down to the point where you’re ineffective as a citizen,” he said. “That’s not to say, I don’t still get really pissed off sometimes. But that doesn’t really get you anywhere.”

Keaton beat Colin Firth for HBO Max’s “The Staircase,” Andrew Garfield for FX’s “Under the Banner of Heaven,” Oscar Isaac for HBO’s “Scenes From a Marriage” and Himesh Patel for HBO Max’s “Station Eleven.”