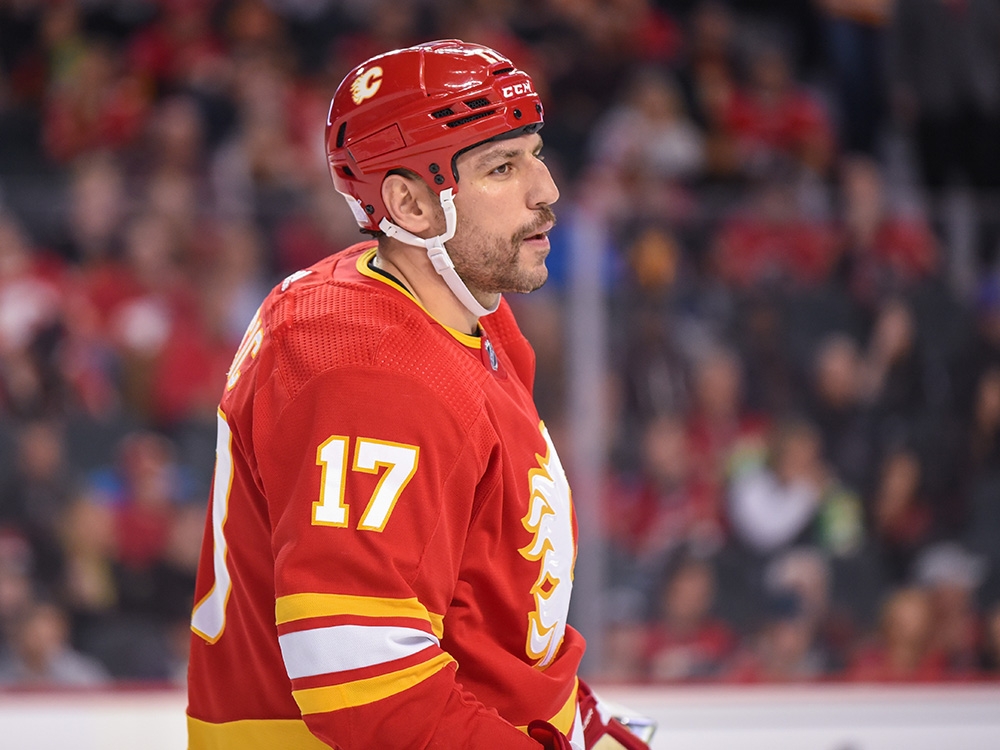 It’s not like Milan Lucic didn’t see it coming.

When the Calgary Flames made their fourth-liner a healthy scratch last week, the decision came after a run of games that saw his ice time dwindling.

He’d played just over five minutes in his team’s previous game against the Columbus Blue Jackets. He hadn’t had a shot on goal for three games and hadn’t recorded a point in nine straight outings.

So even for a guy who hadn’t been a healthy scratch since late in the 2012-13 season, back when he was with the Boston Bruins, the writing was sort of on the wall.

“Coaches make decisions on what they feel is going to give their team the best chance to win and when you’re not helping your team win, you know eventually a change is going to come,” Lucic said Friday morning. “When it did happen, I just wanted to reflect on it in a positive matter.”

There can’t be many complaints about Lucic’s attitude regarding the benching. He missed three games in total but was expected to be back in the lineup for Friday night’s matchup with the St. Louis Blues.

The Flames could definitely use more from him. While his leadership in the locker room and on the bench has never been in question, Lucic has managed only five assists in 27 games this season. He doesn’t have a goal, and he’s currently sitting at minus-seven.

That’s the type of thing that can eat at a player, and Lucic admitted Friday that his lack of production had been affecting him.

So when the decision was finally made and the Flames did bench Lucic, he tried to use his time out of the lineup to reset his approach to the game.

“I felt like I had a good start to the year. But even though my game isn’t about goals and assists, when you don’t provide anything as far as that goes, it starts to get in your head and you start to think about it and you start gripping things a little harder than you’re used to,” Lucic said. “It’s nice to kind of sit back and reflect and also watch from up top, I haven’t watched a game from up top since my first year when I got suspended here.

As for what the Flames are expecting from Lucic in his return to the lineup, it’s not like anyone is hoping he suddenly turns into a 40-goal scorer, but they’re counting on his veteran leadership and physical presence on the fourth line to help set the tone.

“Not so much Luc, but once you get in a platoon situation where guys are in and out, you have to have an identity and you have to prove it on a nightly basis,” said Flames head coach Darryl Sutter. “Earn the opportunity.”

It’s been a while, but Lucic has been in this situation before. He understands what being a healthy scratch means and now that he’s back in the lineup, he understands that, like Sutter said, he has to earn the opportunity to stay there.

“The past times I’ve been scratched, when I came back in I made sure it never happened again,” Lucic said. “I got scratched once my rookie year and again in 2013 in a similar situation where things weren’t going well for me and I was getting frustrated and slamming doors and breaking sticks and things weren’t going well offensively for me. So like I said earlier, just taking it all in and taking the mindset of simplifying things and getting back to the basics of my game and what makes me successful.”