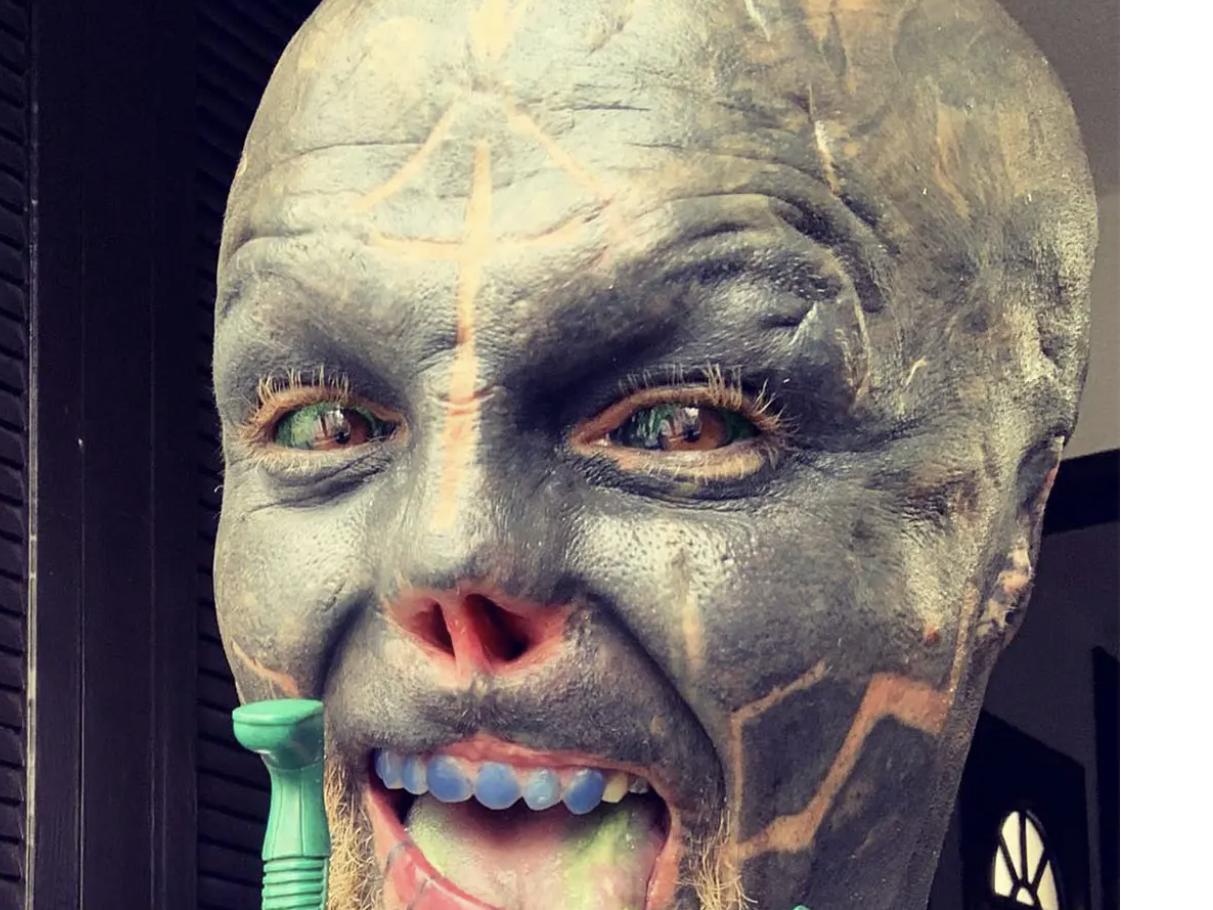 The man who calls himself the “Black Alien” gets upset sometimes because others don’t understand why he’s modified his body so much.

Anthony Loffredo, the Frenchman who removed his ears, nostrils and some fingers; sharpened his teeth and dyed them purple; and covered his body in extreme tattoos, says sometimes restaurants won’t let him eat inside, according to LAD Bible.

“If I want to eat at a restaurant, sometimes the server says I can’t eat on the terrace,” Loffredo, 33, told LAD Bible.

Loffredo said he wasn’t happy living in a body he didn’t belong in, finding new self-confidence from people who have reportedly told him that his appearance makes them “feel more secure” with themselves.

“It’s a fight every day, because every day you find new people who don’t understand, who want to judge. It’s life, not everyone understands everything. Like me, I don’t understand lots of things about lots of people,” he told the Club 113 podcast last year.

“You can’t judge someone. No one knows what’s inside someone’s head, why they’re doing that, you need to talk with this person,” continued Loffredo, who says he’s  just a “normal guy” with a family and friends.

Now he wants to get a leg amputated.

“I love getting into the shoes of a scary character. I often settle down somewhere and play a role, especially at night in the dark streets,” he said in 2021. “I explore the contrast between the role I play and myself.”