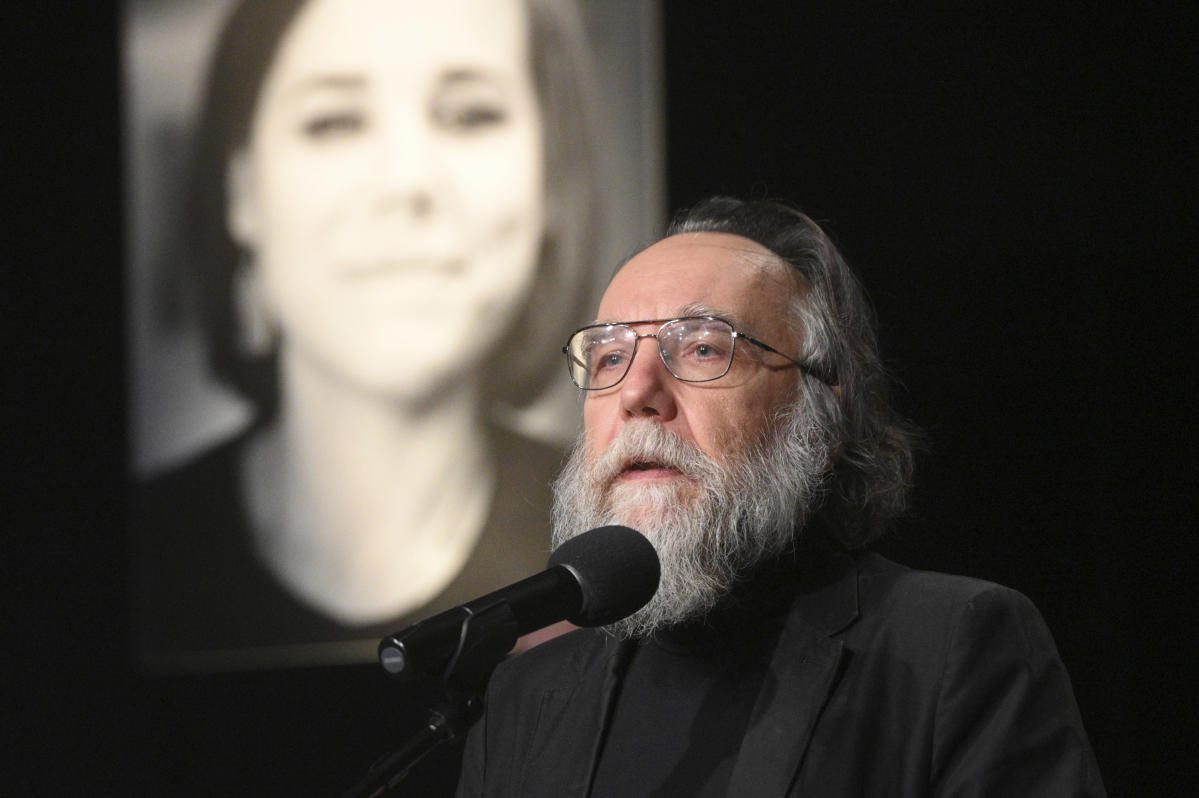 MOSCOW (AP) — Hundreds of people lined up Tuesday to pay tributes to the daughter of a leading right-wing Russian political thinker, who died in a car bombing that Moscow blamed on Ukrainian intelligence.

Darya Dugina, a 29-year-old commentator with a nationalist Russian TV channel, died when a remotely controlled explosive device planted in her SUV blew up on Saturday night as she was driving on the outskirts of Moscow, ripping the vehicle apart and killing her on the spot, authorities said.

Her father was widely believed to be the intended target. Alexander Dugin is a philosopher, writer and political theorist who ardently supports Russian President Vladimir Putin’s decision to send troops into Ukraine. Russian media quoted witnesses as saying that the SUV belonged to Dugin and that he had decided at the last minute to travel in another vehicle.

Speaking at a farewell ceremony at the Ostankino television center, Dugin said that his daughter “died for the people, died for Russia.”

Putin on Monday sent a letter of condolences to Dugin and his wife, denouncing the “cruel and treacherous” killing” and saying that Dugina “honestly served people and the Fatherland, proving what it means to be a patriot of Russia with her deeds.” He posthumously awarded Dugina the Order of Courage, one of Russia’s highest medals.

Russia’s Federal Security Service, or FSB, the main successor to the KGB, said Dugina’s killing was “prepared and perpetrated by the Ukrainian special services.”

Ukraine has denied any involvement in the bombing.

Oleksiy Danilov, the secretary of Ukraine’s National Security and Defense Council, reaffirmed the denial late Monday, saying that “our special services have no relation to that.”

The FSB charged that a Ukrainian citizen, Natalya Vovk, carried out the killing after arriving in Russia in July with her 12-year-old daughter and renting an apartment in the building where Dugina lived in order to shadow her. It said that Vovk and her daughter were at a nationalist festival that Dugin and his daughter attended just before the killing.

The agency said that Vovk drove to Estonia after the killing, using a different license plate for her vehicle.

Estonian Foreign Minister Urmas Reinsalu dismissed the Russian claim, saying in televised remarks that “we regard this as one instance of provocation in a very long line of provocations by the Russian Federation, and we have nothing more to say about it at the moment.”

The car bombing, unusual for Moscow since the gang wars of the turbulent 1990s, triggered calls from Russian nationalists to respond by ramping up strikes on Ukraine.

Dugin, dubbed “Putin’s brain” and “Putin’s Rasputin” by some in the West, has been a prominent proponent of the “Russian world” concept, a spiritual and political ideology that emphasizes traditional values, the restoration of Russia’s global influence and the unity of all ethnic Russians throughout the world.

Dugin helped popularize the “Novorossiya,” or “New Russia” concept that Russia used to justify the 2014 annexation of Ukraine’s Crimean Peninsula and its support of separatist rebels in eastern Ukraine. He has urged the Kremlin to step up its operations in Ukraine.

Dugin has also promoted authoritarian leadership in Russia and spoken with disdain of liberal Western values. He has been slapped with U.S. and European Union sanctions.

His daughter expressed similar views and had appeared as a commentator on the TV channel Tsargrad, where Dugin had served as chief editor.

Dugina herself was sanctioned by the U.S. in March for her work as chief editor of United World International, a website that Washington has described as a source of disinformation.