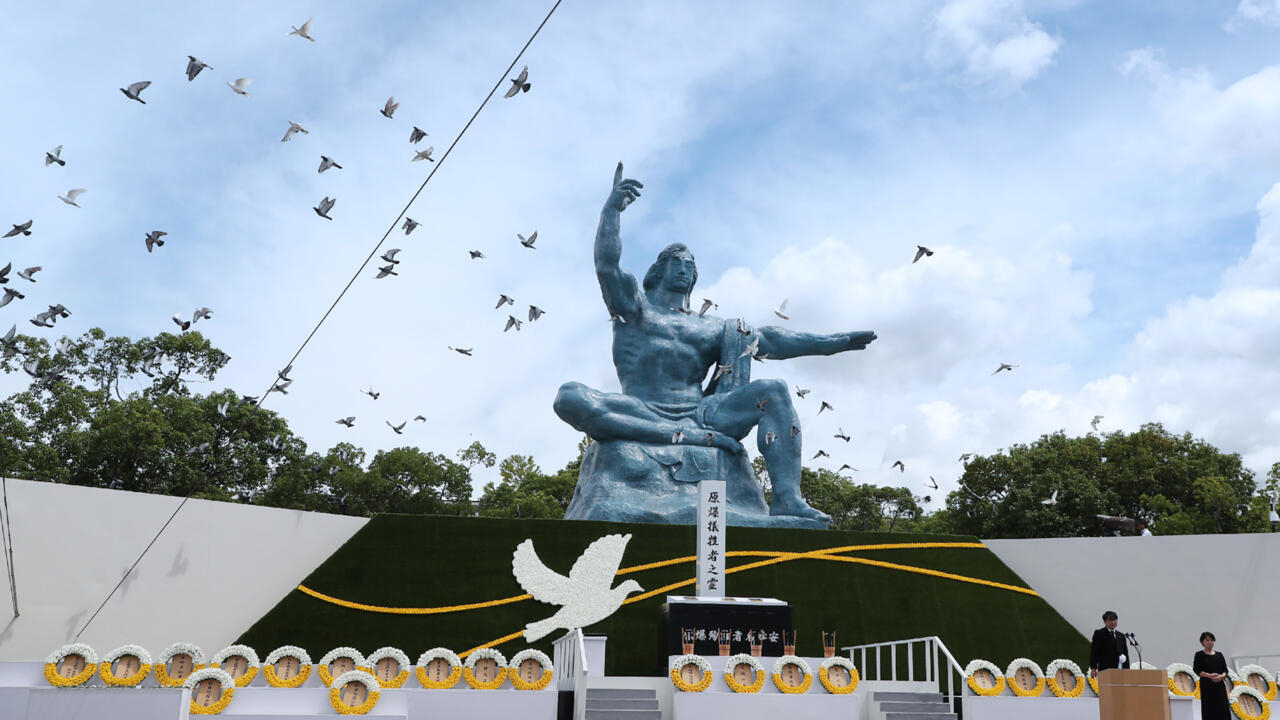 Tokyo (AFP) – Nuclear weapons present a “tangible and present crisis” after Russia’s invasion of Ukraine, the mayor of Nagasaki said Tuesday, the 77th anniversary of the atomic bombing that destroyed the Japanese city.

On August 9, 1945, Nagasaki was flattened in an inferno that killed 74,000 people, three days after the world’s first nuclear bomb attack in Hiroshima.

The twin strikes by the United States led to the end of World War II, and to this day Japan remains the only country to be hit by atomic weapons in wartime.

But on Tuesday, mayor Tomihisa Taue sounded a note of alarm.

“In January this year, the leaders of the United States, Russia, the United Kingdom, France and China released a joint statement affirming that ‘a nuclear war cannot be won and must never be fought’,” he said.

“However, the very next month Russia invaded Ukraine. Threats of using nuclear weapons have been made, sending shivers throughout the globe.

“The use of nuclear weapons is not a ‘groundless fear’ but a ‘tangible and present crisis’,” Taue said, warning that they could be unleashed through mistaken judgements, malfunctions or in terror attacks.

Survivors and foreign dignitaries joined by hundreds of members of the public offered a silent prayer at 11:02 am (0202 GMT), the exact moment the bomb was dropped on the port city.

Bells rang out and doves were released during the sombre memorial at Nagasaki’s Peace Park, with purified water offered in a prayer ceremony for the victims who died of burns and other injuries.

Instead of waging war, mankind should foster “a ‘culture of peace’ that spreads trust, respects others and seeks resolutions through dialogue”, Taue said.

On Saturday, UN head Antonio Guterres gave a speech in Hiroshima on the anniversary of the attack that killed around 140,000 people, including those who perished after the blast from radiation exposure.

He warned that “humanity is playing with a loaded gun” as crises with the potential for nuclear disaster proliferate worldwide.

A message from Guterres, read out in Japanese at Tuesday’s ceremony, said that “in these times of high tensions and low levels of trust, we should draw on the lessons of Nagasaki”.

Japan has long called for a world free of nuclear weapons but has not joined a nuclear ban treaty that took effect in 2021, saying it hopes to bridge the gap between nuclear powers which did not join the treaty and non-nuclear countries.