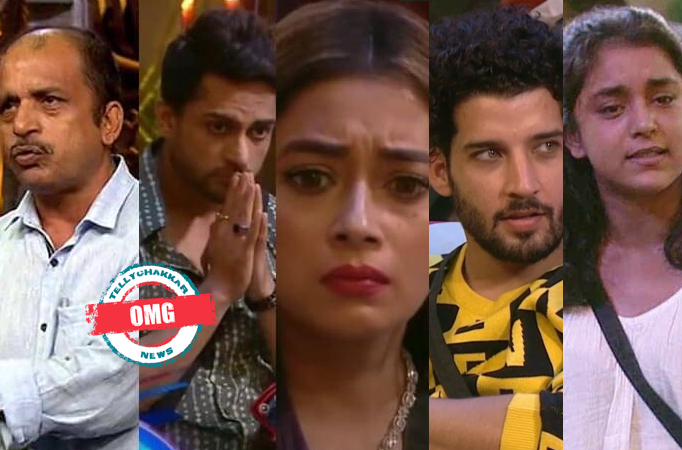 MUMBAI:    Bigg Boss 16 has begun and the fans are super excited for the new season. Bigg Boss is the biggest reality show on Indian Television. The show has had 15 successful seasons with the mega star Salman Khan hosting since season 4. But this year the game is different and Bigg Boss is coming up with all kinds of twists and turns.

ALSO READ: Bigg Boss 16: Shocking! Priyanka Chahar Choudhary breaks down as Soundarya Sharma passes personal remarks on her; says, “Ankit’s mother will strangle herself if Priyanka gets married to him”

This year also started the tradition of Shukravaar Ka Vaar with Salman Khan, in which Salman enters the house on Fridays and engages in fun activities and tasks with the contestants. It is also the day Salman exposes the contestants for everything they have done in the past week.

In a new twist, Salman Khan took over the Bigg Boss house for the day and had the most twisted tasks for the contestant.

Everyday, there is new drama in the house that leads to new equations. One of the groups that hang out alot together is of Tina Dutta, Shalin Bhanot and Sumbul Touqeer Khan. While initially what came off as Sumbul’s liking for Shalin, was only her concern and nothing else.

But Tina and Shalin’s equation has definitely changed the dynamics of the trio. While it was before Shalin confessed to his liking Tina, she spoke to other housemates about how she thinks Sumbul likes Shalin and that has lead to this moment.

Sumbul’s father surprised the actress on the show but this was not a happy surprise rather he came to the show with warnings. Sumbul’s father Touqeer Khan told Sumbul to become more independent and bashed Shalin Bhanot.

He blamed Shalin for misleading Sumbul’s words and how Sumbul’s age is something he should have thought about before making a joke of her. He said Sumbul is old enough to be Shalin’s sister or daughter and its disgusting how he has mislead her. He even said to Shalin ‘aapne tamasha bana diya hai Sumbul ka’.

Touqeer Khan also lashed out at Tina Dutta for spreading lies about Sumbul and saying that she had feelings for Shalin when she should have taken of Sumbul.

While Touqeer Khan lashed out at Shalin and Tina, he praised Gautam Vig, Ankit Gupta, and Archana Gautam for trying to be there for Sumbul and advising her when necessary.

Sumbul was shocked when she heard all the claims from her father. Salman Khan addressed the audience and told them that it is never allowed in the Bigg Boss house for a relative to visit but they made an exception only because Sumbul was just 18 and this was a sensitive matter.

Shalin and Tina were left speechless and it is yet to be seen how Salman will react to the situation.