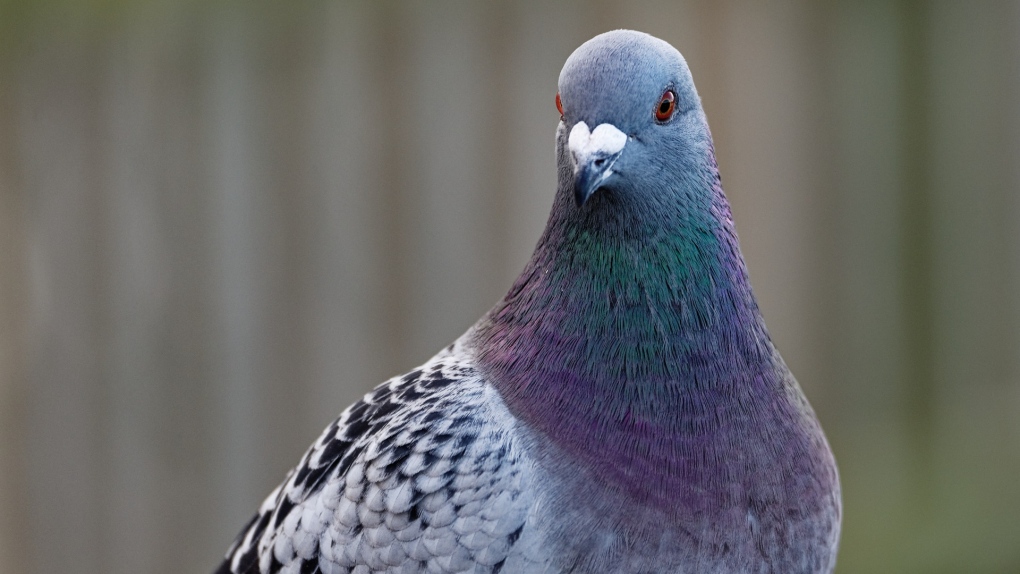 
A prison union spokesman says a pigeon carrying a miniature backpack filled with drugs was captured last week at a B.C. correctional institution.


John Randle, Pacific regional president of the Union of Canadian Correctional Officers, said the bird was apprehended at Pacific Institution in Abbotsford, 80 kilometres east of Vancouver.


He said a fabric backpack tied to the pigeon contained crystal methamphetamine.


Randle said he was told by officers that the grey bird was spotted with its unusual cargo on Dec. 29 in a yard at the facility, and they set up a trap to catch it.


Davinder Aujla, an assistant warden at Pacific Institution, confirmed there was a “recent interception of contraband” at the facility and the matter is under investigation.


Randle said in recent years, prison officers had been on the lookout for drones carrying drugs and other contraband but it was the first time in his 13 years as a corrections officer he had heard of a live bird being used.


“My initial reaction was shock because of all the advancements in technology and the number of drones we’ve seen. The fact that it’s tied to a pigeon is abnormal,” said Randle.


He said smugglers would have had difficulty getting a bird to land in a precise location, compared to a drone.


But he suggested they had gone “old school” because of officers’ increasing awareness of drug-smuggling drones, which he said were encountered daily.


“They have gone backward in technology, maybe that’s because of all the work we have done with drone interdiction that they are trying to find new ways to get contraband in without being detected.”


Using a pigeon raised investigative difficulties compared to drones, said Randle, because the precision of a drone made it easier to pinpoint the intended recipient of the contraband.


He said the case was an indication of how creative criminals were becoming in smuggling drugs, which should be a “massive concern to everybody.”


“The introduction of drugs into federal prisons is becoming a huge crisis the whole goal of prisons is to rehabilitate and release people into society as law-abiding citizens, (so) introducing drugs is scary and especially a drug like crystal meth.”


This report by The Canadian Press was first published Jan. 6, 2023.


This story was produced with the financial assistance of the Meta and Canadian Press News Fellowship.