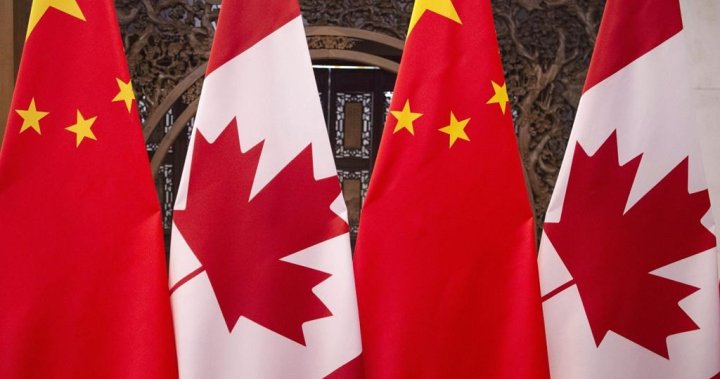 The RCMP says it is “aware” of interference by foreign actors in Canada and is working to combat it, but will not confirm if it is investigating allegations that China attempted to interfere in the 2019 federal election.

The statement comes on the heels of Global News reporting last week that Canadian intelligence officials had warned Prime Minister Justin Trudeau that China has allegedly been targeting Canada with a vast campaign of foreign interference — including funding a clandestine network of at least 11 federal candidates in the 2019 campaign.

“For operational reasons we cannot speak at length about this, however, should there be any criminal or illegal activities occurring within Canada that are found to be backed by a foreign state, it is within the RCMP’s mandate to investigate this activity.”

Global News reported on Wednesday that a prominent businessman in Toronto’s Chinese community is the subject of two separate investigations involving foreign interference, both related to a series of briefings and memos that Canadian security officials allegedly gave to Trudeau beginning in January.

According to RCMP sources, national security investigators are also probing Wei for possible links to several properties in Toronto and Vancouver allegedly used as so-called Chinese government “police stations,” which are believed to secretly host agents from China’s Ministry of Public Security (MPS.)


The RCMP has confirmed it is investigating those so-called “police stations” in Toronto and Vancouver, which followed media reporting into their alleged activities.

But the force’s comments on being aware of foreign interference come amid a week of questions in the House of Commons about what actions the government may have taken in response to the intelligence briefing reported on by Global News.

Liberal MP Pam Damoff, who is parliamentary secretary to the minister of public safety, has responded to those questions from Conservatives over recent days.

On Tuesday, she responded to a question from Conservative MP Michael Chong asking about the allegations of Chinese election interference by saying that “the RCMP and our intelligence agencies are investigating, and Canadians expect us to do the work that is required and take the action, which is what we are doing.”

Damoff’s chief of staff, Sarah Thomas, clarified to Global News later that day that the MP was referring to “ongoing efforts by the RCMP, CSIS and other agencies to investigate attempted foreign interference in Canada’s institutions,” rather than the specific 2019 election allegations.

“The RCMP have confirmed that they’re investigating Chinese ‘police stations,’ recently made arrests in a case involving an alleged spy working at Hydro Quebec and regularly conduct investigations into those who would threaten Canada’s democracy,” Thomas said.

During question period on Friday, Damoff expressed frustration about the number of questions the Conservatives were devoting to the issue of China’s alleged interference.

“I’m disappointed that the Opposition for five days now have continued to amplify the foreign interference messaging in this House,” she said in response to questions.

“We should be standing together to stand up to this attack on our democracy.”


In a statement sent to Global News, Damoff’s office reiterated that she had “pushed back” on Opposition questions and accused Conservatives of “repeatedly” amplifying foreign interference messaging in the House.

“An independent panel of intelligence experts confirmed that the 2019 and 2021 elections were not compromised by foreign actors,” the statement added.

“RCMP and intelligence agencies are taking concrete action to combat all incidences of foreign interference to ensure the integrity of Canadian democracy and protect the safety of all Canadians.”

Conservative questions had repeatedly asked whether the intelligence briefings were shared with elections officials, and for the government to name any of the 11 election candidates alleged to have received funding.

“We are more and more active in that sphere because we believe it’s a subject that directly impacts national security,” he said.

Members of Parliament agreed on Monday to probe the allegations that China covertly funded some of Canada’s 2019 election candidates.

The motion called on the procedure and House affairs committee to extend its ongoing study of foreign election interference by four meetings, which Cooper said would allow it to “investigate” the allegations in the Global News report.