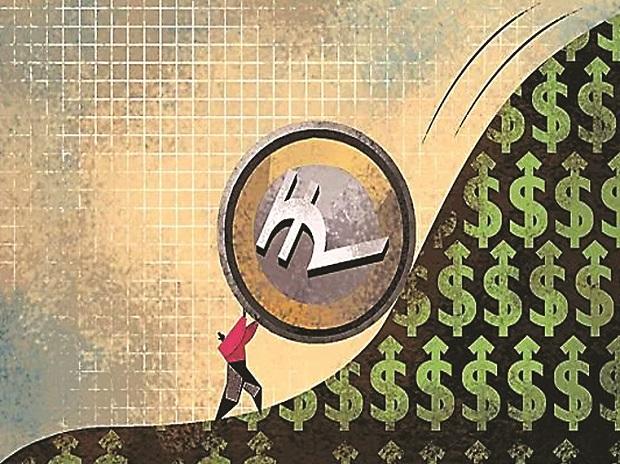 The Indian rupee slipped to a record low versus the U.S. currency on Thursday, before recovering to end the session higher as the Reserve Bank of India likely sold dollars to support the sliding local unit.


The RBI’s intervention this time was quite “aggressive”, according to a trader at a private bank.


Alongside spot dollar sales, the RBI did buy/sell swaps, mostly in the December maturity, traders said. The December forward premium dropped to 44 paisa from 48 paisa.


The RBI’s intervention in recent sessions has been through forward dollar, rather than spot, sales. The central bank likely does not want its interventions to impact the rupee’s liquidity and may be preserving the spot reserves, analysts have said.


Despite the recovery, analysts and bankers reckon that more losses are in store for the rupee.


The rupee came under pressure at the open after U.S. Treasury yields resumed their march higher. The new multi-year highs on yields, fuelled by the Federal Reserve’s rate hike outlook, weighed on demand for Asian currencies.


Indeed, the next major event for the rupee will be the Fed’s meeting on Nov. 1-2. The markets expect a 75 basis points hike at that meeting, and a similar hike again in December, according to Refinitiv data.