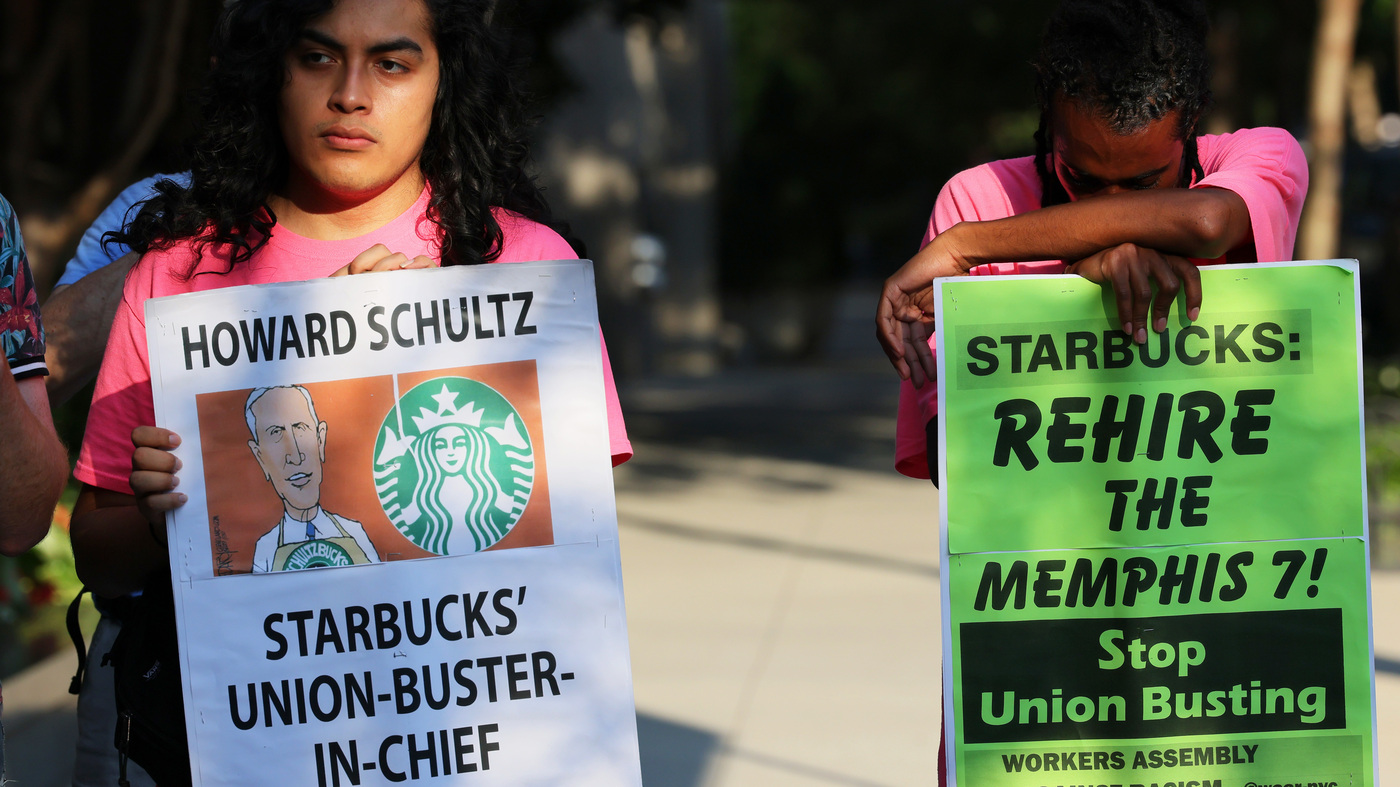 Starbucks is accusing National Labor Relations Board employees of secretly coordinated with union organizers in the Kansas City area — and it wants the agency to halt all mail-in votes nationwide until a full investigation has been conducted. But labor organizers immediately called the move an extension of a broader anti-union campaign.

The allegation is at the center of a 16-page letter Starbucks attorneys sent on Monday to NLRB Chairman Lauren McFerran and the agency’s general counsel.

In the letter, which Starbucks shared with NPR, the company accuses NLRB personnel and the union of exploiting weaknesses in the mail-in ballot system to unfairly influence a vote over unionizing a store in Overland Park, Kansas, earlier this year.

Starbucks alleges that NLRB regional staff repeatedly crossed the line of neutrality, alleging that despite ordering a mail-in election, the agency arranged for some voters to cast their ballot in person without informing Starbucks representatives.

It also says NLRB workers shared real-time information with organizers about whether certain ballots had been received. And the company said it believes similar actions took place in at least two other NLRB regions.

The National Labor Relations Board was established in 1935, to protect workers’ rights to organize and to collectively bargain with their employers over working conditions and other issues.

The NLRB and organizers respond to Starbucks’ claims

When reached for comment, NLRB spokesperson Kayla Blado noted that the agency doesn’t comment on open cases — but it seems that, for now at least, Starbucks’ grievances are not in that category, as its wide-ranging letter doesn’t follow the NLRB’s long-formalized rules for handling challenges to elections and other circumstances.

“Those challenges should be raised in filings specific to the particular matters in question,” Blado said. “The regional staff – and, ultimately, the Board – will carefully and objectively consider any challenges raised through these established channels, which include opportunities to seek expedited review in both representation and unfair labor practice cases.”

“This is Starbucks yet again attempting to distract attention away from their unprecedented anti-union campaign, including firing over 75 union leaders across the country, while simultaneously trying to halt all union elections,” the group told NPR via email. “Workers have spoken loud and clear by winning 82 percent of union elections.”

Where do the Starbucks allegations come from?

Starbucks says the accusations originate with an “NLRB career professional” who it says “is aware of documents outlining with specificity a concerted effort to tip the scales in voting to favor the Union in a Kansas City area (Overland Park) store election.” Starbucks did not name the person.

When asked in a follow-up conversation whether the NLRB worker had used federal whistleblower protocols or contacted the agency’s inspector general about their concerns, the company said the person’s supervisor had opted not to pursue their claims.

Despite Starbucks’ insistence that its workers — known as “partners” — don’t need a union, Starbucks Workers United says more than 200 of the company’s stores in the U.S. are now unionized. The effort has rapidly gained momentum in the past year, but the unionized locations represent only a small fraction of the 15,650 U.S. stores Starbucks listed in its most recent earnings report.