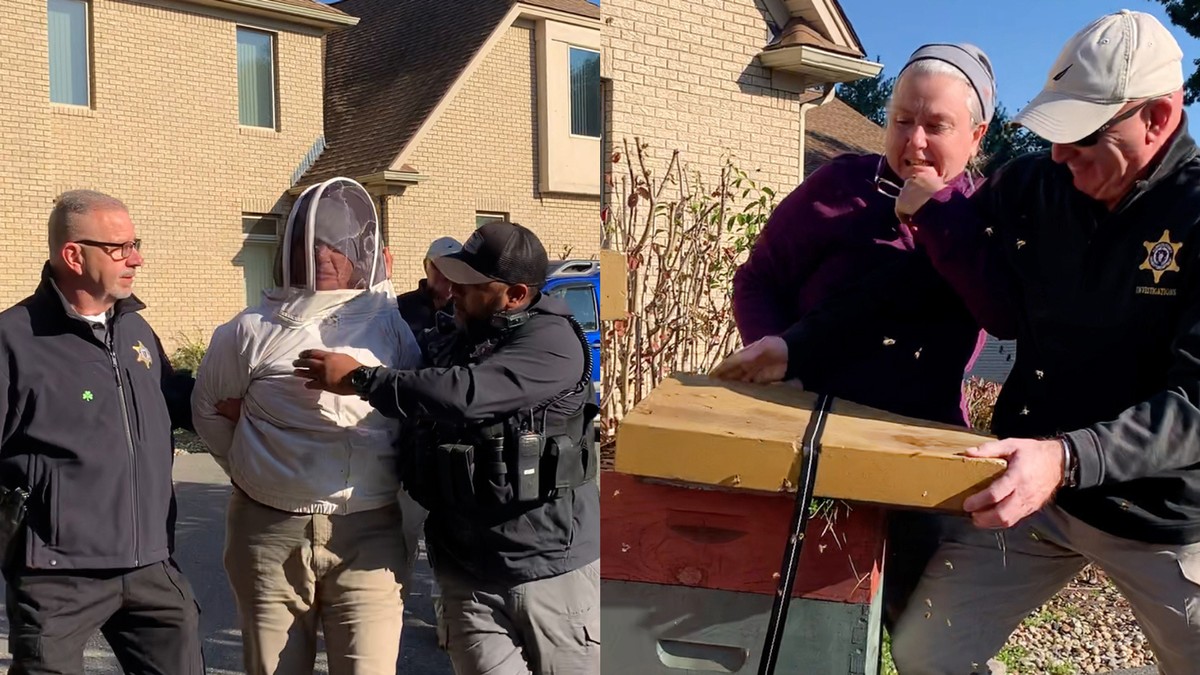 A Massachusetts woman is facing several charges after allegedly “weaponizing honeybees” against police officers who were dispatched to evict someone.

On the morning of Oct. 12, officers from Hampden County Sheriff’s Office went to a five-bedroom, $1.3 million home in the area to serve the man living there an eviction notice. But the officers were met with a group of protesters and would soon become the victims of a sting operation.

While the officers were in the driveway of the home, 55-year-old Rorie Woods pulled up with a flatbed full of beehives, according to the police.

“She quickly jumped out of her SUV and started trying to unleash thousands of bees in manufactured hives as a deputy jumped on board and tried to stop her,” a statement released by the Hampden County Sheriff’s Department reads. “Woods smashed the styrofoam lid to one hive tower, and as the bees escaped, the deputy sustained several stings on his face and head.”

Woods allegedly flipped an entire tower of hives off the flatbed trailer, which caused the bees to swarm and sting several members of the sheriff’s office. The woman then donned her beekeeper outfit and began to strategically move the beehives toward the door of the home but was arrested before she could. The report says she left behind an “SUV with thousands of bees swarming outside of it.”

As Woods was led away, she was reportedly told that several of the deputies there were allergic to bees.

“Oh, you’re allergic?” she said in response, according to the sheriff’s office. “Good.”

An image released by the sheriff’s department shows Woods being detained and led away from the scene with her beekeeper suit on.

“I support people’s right to protest peacefully, but when you cross the line and put my staff and the public in danger, I promise you will be arrested,” Hampden County Sheriff Nick Cocchi said.

Woods and the others were there in support of the resident, whom they say was being evicted because he was the victim of a predatory lending scheme. A Change.com petition demanding the Massachusetts Supreme Judicial Court reverse the foreclosures on the homes have received 2,562 signatures. In 2018, Woods was also a victim of one of these schemes and fought her eviction but was not successful. She was forced to stay in a tent in her friend’s backyard, Mass Live reported.