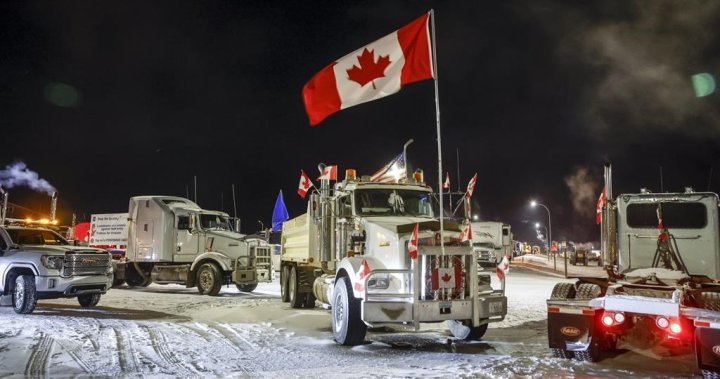 Three men charged with participating in a protest blockade at the Canada-United States border crossing at Coutts, Alta., appeared in court Monday as a judge heard about frustrations in getting their case to trial. Marco Van Huigenbos, 32, and Alex Van Herk, 53, who are both from Fort Macleod, Alta., are charged with mischief over […]