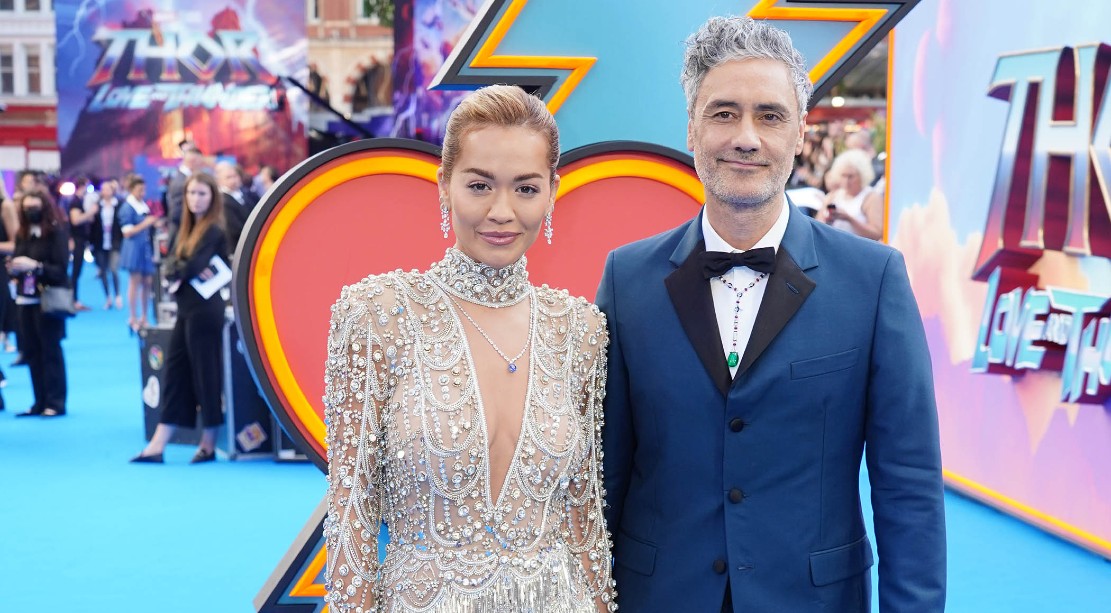 Both were spotted wearing gold bands on their ring fingers, and The Sun reports they got married in an intimate ceremony in London, and she’s changed her surname to Waititi-Ora.

“It was a really intimate ceremony and super special for everyone there,” a source told The Sun, adding that they’re planning a bigger bash later.

The 31-year-old singer and the 46-year-old Thor: Love & Thunder director were first linked in April 2021 and made their public debut at the premiere of The Suicide Squad last August. The pair caused a splash when paparazzi photos surfaced last May of the couple cozying up to Thor star Tessa Thompson on the balcony of Waititi’s house in Sydney.

Waititi shares two kids with his ex-wife Chelsea Winstanley, who he split from in 2018 after seven years of marriage. This is Ora’s first marriage.