Taylor Swift Is Trapped in a Horror Movie in Her New Video, “Anti-Hero” | Dose.ca 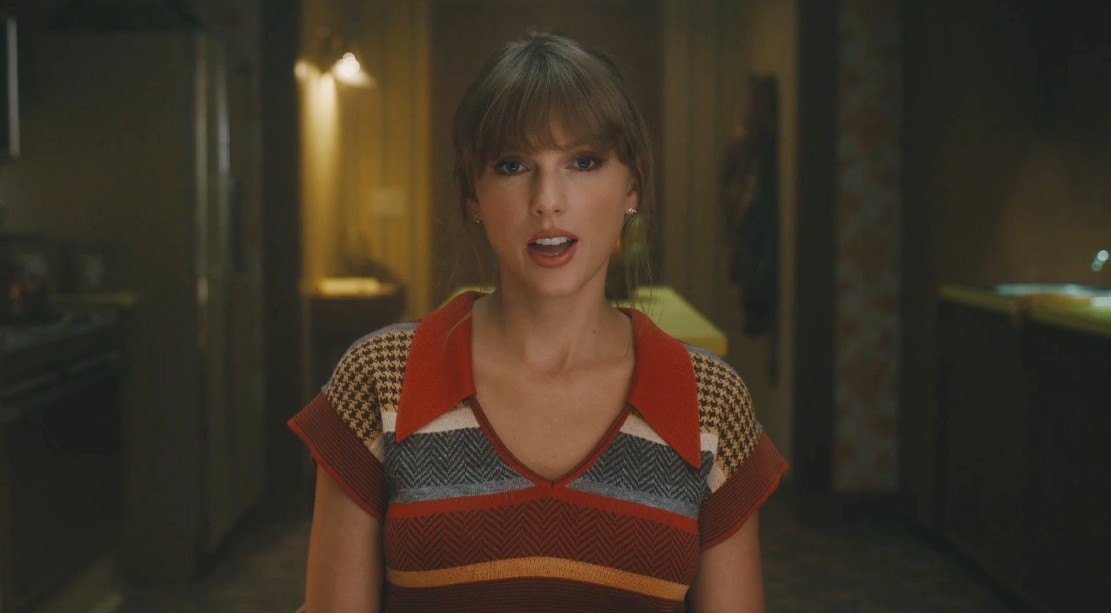 Taylor Swift faces her worst fears in her brand-new video, “Anti-Hero,” which she describes as watching her “nightmare scenarios and intrusive thoughts play out in real time.”

In the clip, written and directed by the singer herself, Swift faces a series of horror movie scenarios: she’s haunted by ghosts in her house, she meets the evil version of herself who encourages bad behaviour, and she transforms into a giant who scares people away.

The video culminates in a funeral scene, starring Search Party’s John Early, New Girl’s Mary Elizabeth Ellis, and comedian Mike Birbiglia as Swift’s bratty children who are shocked to discover she’s cut them out of her will and left her big beach house to a cat sanctuary.

“Anti-Hero” is the first single off her new album, Midnights, which she describes as “a collage of intensity, highs and lows and ebbs and flows. Life can be dark, starry, cloudy, terrifying, electrifying, hot, cold, romantic or lonely.”

In what she describes as a “chaotic surprise,” Swift released 7 unexpected bonus tracks titled Midnights (3am edition) in the wee hours of Friday morning, bringing the track listing to 20. Explaining the bonus tracks, Swift tweeted, “I think of Midnights as a complete concept album, with those 13 songs forming a full picture of the intensities of that mystifying, mad hour. However! There were other songs we wrote on our journey to find that magic 13. I’m calling them 3am tracks. Lately I’ve been loving the feeling of sharing more of our creative process with you, like we do with From The Vault tracks. So it’s 3am and I’m giving them to you now.”

“Anti-Hero” is the first video from the star-studded visual album for Midnights that will be rolled out in the coming weeks/months, and will feature Laura Dern, Jack Antonoff, Laith Ashley, the Haim sisters, Pat McGrath, and Dita Von Teese.

Watch the video for “Anti-Hero” and listen to Midnights below: