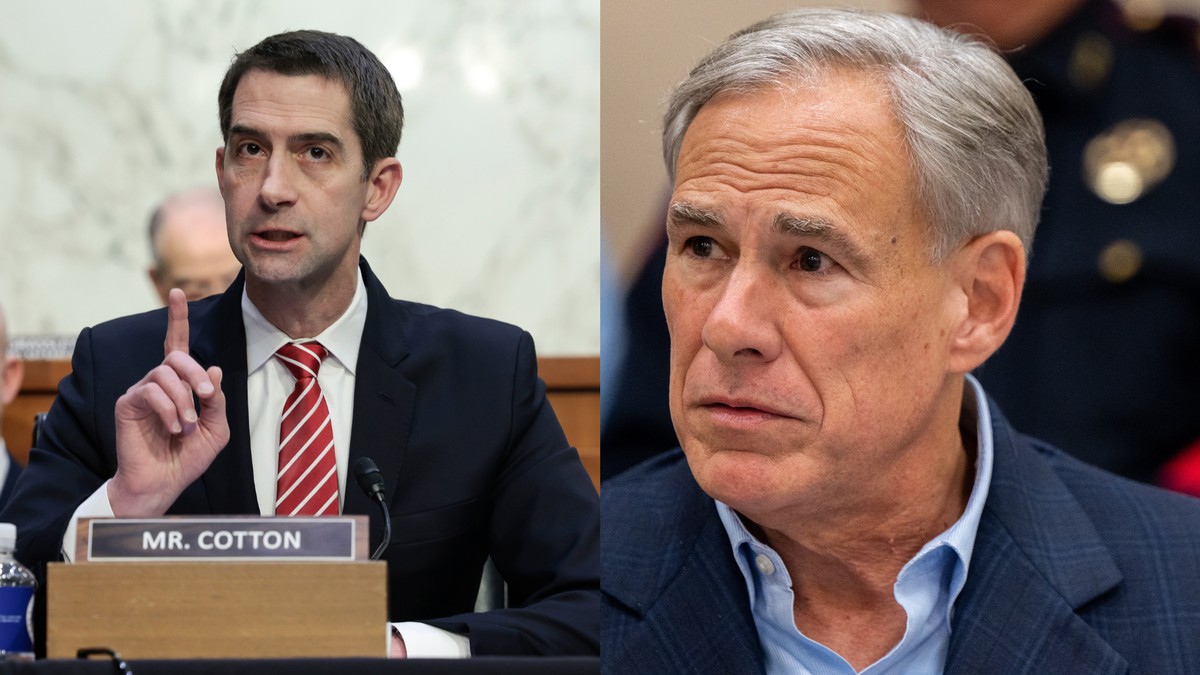 Biden, a longtime opponent of legalizing weed, which he called a “gateway drug” as recently as 2019, announced Thursday—after nearly two years of pressure from cannabis and criminal justice reform advocates—that he would pardon all federal simple cannabis-possession convictions.

Biden also called on governors to pardon simple possession offenses at the state level and said he’d directed Cabinet officials, including Attorney General Merrick Garland, to begin reviewing cannabis’ Schedule 1 status under federal law, which puts it on the same level as heroin.

But despite the fact that 19 states and Washington, D.C., have already legalized recreational use of the drug, some Republicans criticized Biden’s announcement.

“In the midst of a crime wave and on the brink of a recession, Joe Biden is giving blanket pardons to drug offenders—many of whom pled down from more serious charges,” said Sen. Tom Cotton, an Arkansas Republican who has repeatedly said he thinks the U.S. has an “under-incarceration problem” despite the fact that the U.S. imprisons more people per capita than any nation on Earth.

The cannabis advocacy group NORML responded on Twitter: “LOL look at this loser.”

In a statement to VICE News, a spokesperson for Texas Gov. Greg Abbott said he’s “is not in the habit of taking criminal justice advice from the leader of the Defund Police party and someone who has overseen a criminal justice system run amuck with cashless bail and a revolving door for violent criminals.”

“The Governor of Texas can only pardon individuals who have been through the Texas Board of Pardons and Paroles system with a recommendation for pardon,” Abbott spokesperson Renae Eze added.

Arkansas Gov. Asa Hutchinson said in a statement that Biden “has waved the flag of surrender in the fight to save lives from drug abuse and has adopted all the talking points of the drug legalizers,” and that he was “ignoring the science that is behind the different categories of drugs.”

Ohio Attorney General Dave Yost, perhaps best known nationally for casting doubt on the story of a 10-year-old rape victim before it turned out to be true, said he’d asked for the reclassification of cannabis in 2015 but dismissed Biden’s pardon order as “the most political, cynical abuse of the pardon power in history.” (It’s worth noting that former President Donald Trump once handed out a presidential pardon on live television.)

Senior administration officials said Thursday that no one is currently in federal prison solely for a simple possession conviction. But between 1992 and 2021, there were more than 6,500 people convicted for simple possession under federal law, according to the White House, which creates legal obstacles to voting or obtaining housing or employment.

Biden’s pardons also cleared thousands of convictions in D.C., according to the White House. (D.C. officials did not immediately respond to a request for comment from VICE News asking if anyone is currently serving time in D.C. for simple possession.)

Biden’s move was predictably praised by Democrats, who have shifted remarkably to the left in recent years and passed a bill legalizing cannabis in the House earlier this year. (The bill stalled in the Senate.) Sen. Mitch McConnell and Rep. Kevin McCarthy, the Republican congressional leaders, had offered no response as of Friday morning.

But some Republicans, including South Carolina Rep. Nancy Mace, did welcome the news. Mace introduced a bill to legalize weed earlier this year and said Thursday that Biden’s move was a “necessary big step forward in bringing justice to so many.”

Rep. Matt Gaetz, long one of the loudest pro-legalization voices in the GOP, also applauded the move, in typical Gaetz fashion.

“The @WhiteHouse is finally taking my advice. I called out Sleepy Joe months ago!” Gaetz tweeted. “Now it’s time to do what you said you would do and DECRIMINALIZE!