Trader Joe’s Workers Decided To Unionize. Then The Company Abruptly Closed Their Store. 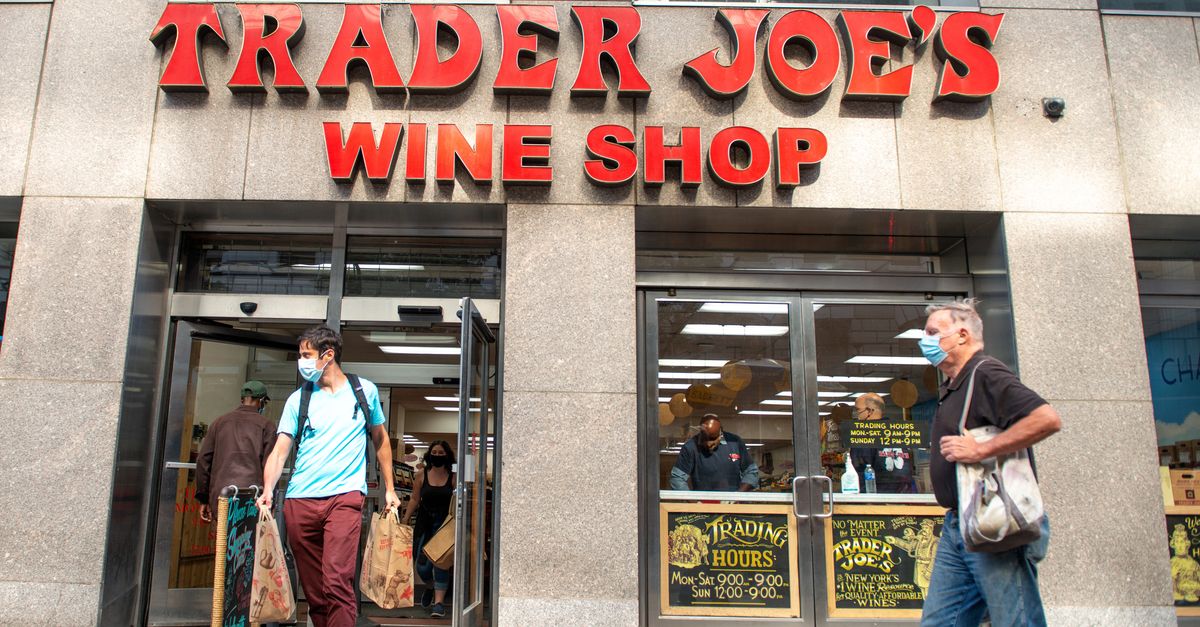 Workers at the Trader Joe’s Wine Shop in Manhattan spent the last four months laying the groundwork to unionize their store. A small organizing committee met regularly to discuss strategy around building support to join the United Food and Commercial Workers union, and they planned to go public with their effort the week of Aug. 15.

But in the early morning hours of Aug. 11, Trader Joe’s abruptly informed them it was closing the popular wine shop, its only one in New York City.

Robert “Rab” Bradlea, a worker at the store and member of the committee, was blindsided when he woke up to texts about the closure last Thursday. Like three other workers from the store interviewed by HuffPost, Bradlea said he sees only one logical reason for it.

Bradlea said conversations with coworkers had led the committee to believe there were at least 22 “yes” votes among the 30 or so workers they expected would be eligible to unionize. They planned to have supporters sign union cards this week and quickly submit them to the National Labor Relations Board by Friday to petition for an election.

Trader Joe’s did not respond to inquiries from HuffPost on Wednesday regarding the closure.

In a notice posted through its internal human-resources portal at 12:01 a.m. last Thursday, the company said it was “time for us to explore another location” where it could use its one license to sell wine in New York State. The company said the newly closed space would be “used to improve the overall operations” of its adjacent grocery store. Last week, Gothamist reported that the wine shop’s sudden closure had caught its loyal clientele by surprise.

“They’re hoping this dissuades other workers from doing the same thing we’ve done.”

Jonathan Reuning, another worker active in the union effort who has been with Trader Joe’s for five years, described the store’s hasty demise as “completely out of character” for the company.

“It’s totally to stop the union effort before it can begin,” said Reuning, 63. “My regulars are pissed. It makes us look really bad. It makes [the company] look bad to put their employees out of work like that with no notice.”

The UFCW told HuffPost it was “ready to pursue all legal action,” including filing unfair labor practice charges against the company for its “shameless union busting.”

“If the company retaliates further against workers involved in organizing efforts, UFCW will aggressively pursue all legal recourse available, and if Trader Joe’s fails to meet their commitments to these workers, UFCW will make every effort to assist workers in getting jobs in union stores,” the union said in a statement.

The company’s notice to “crew members” ― that’s Trader Joe’s-speak for workers ― said they would be paid through Aug. 28, and management would be in touch regarding “the opportunity to transfer” to other stores. But workers from the store said they expect more than that.

They are demanding Trader Joe’s reopen the store. On a petition they’ve created, the workers say the store was heading into what they describe as the busiest stretch ― the return of students and staff to the store’s landlord, New York University, followed by the holidays.

“The company’s decision to rent an empty space during their most profitable months simply does not add up,” the workers wrote.

“I assume they got wind of what we were doing,” said Anthony Small, another worker and union supporter. “I think they knew a lot more about what we were doing than we thought they did. The abruptness of it, it doesn’t make good business sense.”

Small said he enjoyed his nearly eight years at the wine shop and was deeply disappointed by the way the closure was carried out, with some workers finding out as they arrived for work.

“They try to foster this family atmosphere, but it’s really not there when it comes down to it,” he said.

Maura McHugh has worked at the wine shop for three years, preceded by a separate three-year stint at another Trader Joe’s location in New York. In an interview with HuffPost about the closure, McHugh said she was “done with the crying stage” ― but her voice started to crack as she discussed the shock of what happened.

“Let’s talk about transparency and best practices for closing a store, and the number one value: integrity,” McHugh said, citing a company line. “I just don’t understand it. Even if it isn’t about union-busting, someone made a very, very bad decision with this.”

McHugh, 53, said organizers first approached her about the union campaign only a few weeks ago: They had rightly assumed she was loyal to Trader Joe’s and had “drank the Kool-Aid.” But she surprised them by saying she would vote “yes” for the union. She said the closure has only reinforced that intention.

“If we had been in a union, this would have never happened,” McHugh said.

While a company can shut down its entire business to avoid a union, it can’t legally close one workplace or division because of union activity there. But it can be extremely difficult to prove that anti-union animus was a motivating factor behind the decision, if indeed it was. Such a case might take years to wind its way through the legal process, with workers moving on to other jobs in the meantime.

“If we had been in a union, this would have never happened.”

Meanwhile, a workplace closure can be enough to make workers elsewhere tepid on unionizing if they believe it was a factor in the company’s decision. Workers United, the union that’s been organizing Starbucks locations around the country, has accused the coffee chain of shuttering stores on both a temporary and permanent basis to cool workers on unions. Starbucks has denied the allegations, but labor board officials have found merit in some cases and filed complaints against the company over them.

Like other retailers, Trader Joe’s is facing a burst of union organizing this year. Stores in Hadley, Massachusetts, and Minneapolis recently voted decisively to join Trader Joe’s United, a new union unaffiliated with an established labor group, creating the chain’s first organized stores. The UFCW, which represents hundreds of thousands of grocery workers around the country, recently submitted a petition for an election at a Trader Joe’s location in Boulder, Colorado.

Trader Joe’s has not closed those stores despite active union campaigns there. Asked why the Union Square spot would be any different, Bradlea said he believes it would be less disruptive to the company’s business to close a wine store as opposed to one of its grocery stores. He also surmised that the company would fear a wave of organizing in the greater New York area, one of its strongest markets.

“It would make sense they have a specific vested interest in this region not beginning to unionize, and they were afraid of a chain reaction of other stores feeling empowered,” he said.

The closure has left many workers from the store uncertain of their futures with the company. Bradlea said he dropped his hours to part-time when he started organizing back in the spring and would survive without his Trader Joe’s job. Both Reuning and McHugh had full-time positions and hope to find transfers to other stores.

Reuning is optimistic his manager will help him land elsewhere. He said the closure has only reaffirmed his desire to form a union at the company.

“The fix is really having to listen to people at the bottom,” he said. “Trader Joe’s loves to be run by the top alone. I think they lose sight of the humanity of the people that are working there and the effects their small decisions make on a family, on health, on a paycheck… these things that are miniscule in the boardroom.”