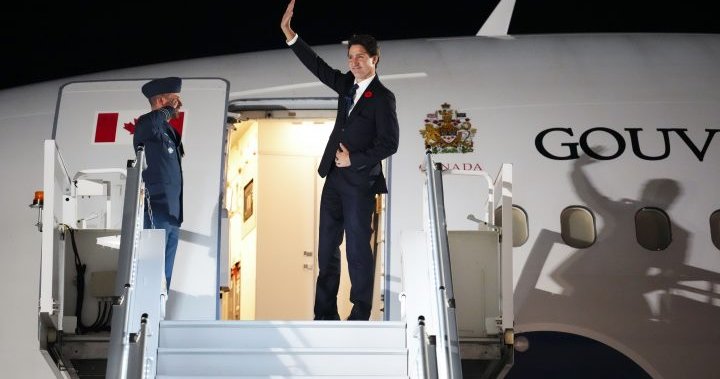 Prime Minister Justin Trudeau is en route to Southeast Asia for a series of summits aimed at deepening Canada’s presence in the Indo-Pacific.

He is joined by Trade Minister Mary Ng and Foreign Affairs Minister Melanie Joly, with a first stop in the Cambodian capital of Phnom Penh.

Trudeau arrives Friday at the leaders’ summit of the Association of Southeast Asian Nations, a group of 10 countries that are negotiating a trade agreement with Canada.

On Monday, Trudeau heads to Indonesia for the G20 summit in Bali, where he is pressing the world’s largest economies to isolate Russia for its invasion of Ukraine.

The summit is meant to focus on shoring up health systems as well as boosting food and energy security, which Trudeau argues Russia has undermined.

Trudeau is then to make an overnight stop in Bangkok, Thailand, to meet with fellow leaders of the Asia-Pacific Economic Cooperation group, before heading to Tunisia.